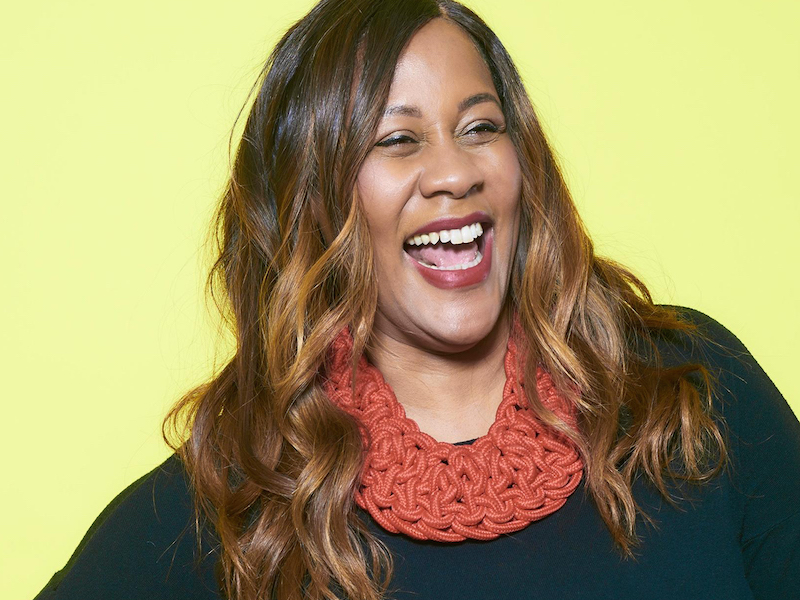 LONDON — British prime minister Theresa May has appointed WPP’s UK country manager Karen Blackett (pictured) as race equality business champion. The appointment is part of the government’s new Race at Work Charter, which defines five practical steps for businesses to drive forward race equality in the workplace. Blackett said: “Embracing diversity and inclusion is not a choice, it’s a business necessity. Creativity powers business growth and this only happens by having diversity of talent in the room and reflecting society in the content we create.”

LONDON — Three months after Talk PR rebranded as Talk.Global, the agency has appointed Suzy Socker as board director. She brings more than 16 years’ experience of FMCG, fashion, beauty and retail brands and joins from Ketchum where she was brand practice director. Socker will lead global work across Johnson & Johnson’s beauty portfolio as well as clients including Coty, Le Creuset and Lindt.

LONDON — The Association of Professional Political Consultants (APPC) will merge with the Public Relations and Communications Association (PRCA) after 57% of voting member organisations backed the plan. The run-up to the vote had seen heated debate from those who opposed and supported the move; it was backed by APPC chairman Paul Bristow, who said: “This is an historic night for the lobbying industry in the UK. By combining forces with the PRCA we not only elevate the voice of lobbying in the UK, but we have the opportunity to offer much greater support to our members.”

LONDON — FleishmanHillard Fishburn has surveyed 1,000 UK consumers to find out which of 51 cultural, economic, political and societal issues they expect companies to act on. The Dying Days of Spin research found that 4 in 5 UK consumers (80%) have stopped using a product or service because a company’s response to an issue did not support their view. Half of UK consumers are less likely to purchase from companies behaving in ways that contradict the brand and corporate values it promotes; 60% of people say that even if they disagree with a company’s position, they believe it is important for companies to express their views. But more than 90% said in the past year companies had taken advantage of social, cultural or political issues solely for their own benefit and as a result, almost two-thirds (60%) felt less favourable towards them.

BRUSSELS — Hanover Brussels has appointed Matti Rantanen as account director in its digital policy team. He joins from public affairs agency Fipra, where he advised high profile technology companies on their digital and advocacy strategies. He has also acted as secretary general for the conservative group at the Nordic Council and as secretary of international affairs at the National Coalition Party in Finland. Rantanen will be working with clients including Sky, Apple, Microsoft and Intel.

LONDON — Britvic-backed drinks company Wisehead Productions has appointed Splendid Communications as its consumer PR agency after a competitive pitch supported by Creativebrief. The company acts as an incubator for premium mixers and zero-proof drinks and has developed brands including London Essence Company, Thomas & Evans and Monte Rosso. The company has also appointed Leagas Delaney as its lead creative agency.

LONDON — Golin is extending its Golin B&B programme to help offer all staff competitively-priced, high standard rental accommodation from a reputable landlord in London, as well as addressing social diversity in the agency. The agency originally launched Golin B&B in 2017 to encourage the best intern candidates from across the UK and from socially diverse backgrounds, and has already increased internship applications by 15%. MD Bibi Hilton said: “Expanding Golin B&B means we can hire the best and brightest talent from all backgrounds and support them in making the move to London. We can also take the stress of the London rentals market off our team.”

LONDON — Cirkle has signed an employer pledge with Time to Change, the social movement run by the Mind and Rethink Mental Illness charities, to demonstrate its commitment to eradicating the stigma around mental health in the workplace. The agency joins more than 800 organisations, including PepsiCo, British Gas, Ernst & Young, TfL, Royal Mail, Barclays, Shell, Marks & Spencer, as well as NHS trusts, universities and local authorities.