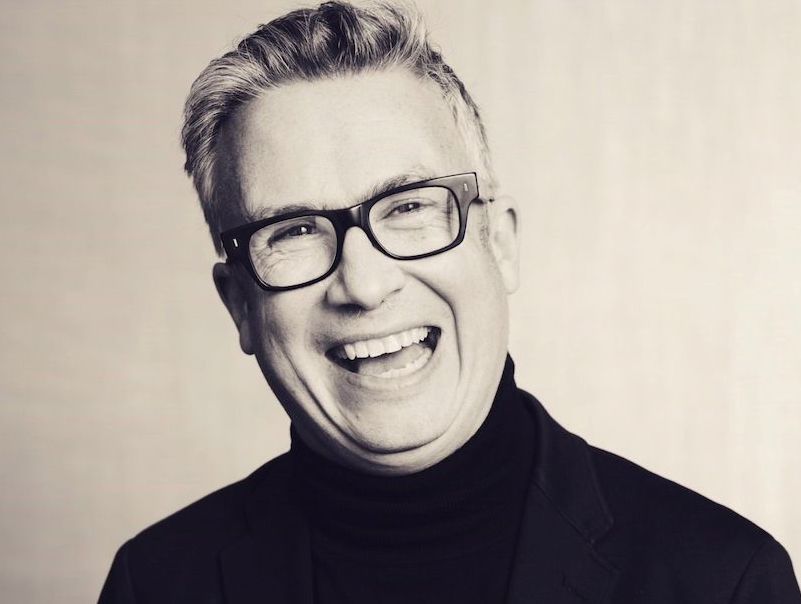 GOTHENBERG — Volvo Cars has appointed Olivia Ross-Wilson as head of communications. She replaces Nikki Rooke, who is departing after four years in the role and almost a decade at the company. Ross-Wilson had been director of communications at Ingka Group, the biggest of Ikea’s 12 franchisees, across 30 countries since 2016. She was previously head of sustainability communications for the group, and has also worked at the Clinton Foundation’s Climate Initiative, Bloomberg Philanthropies, Marks & Spencer and Ketchum.

LONDON — Cicero/AMO executive chairman Iain Anderson (pictured) has been appointed as the UK government’s new LGBT Business Champion. The role will see Anderson collaborating with business to support LGBT people at work, while developing and sharing solutions to workplace discrimination, and showcase the UK as an inclusive place to live and work ahead of the first Global LGBT Conference in June 2022. Anderson said: “I am passionate about securing equality in the workplace and I'm delighted to take on this new role. It is important that both large and small businesses can unleash the potential of all their LGBT employees and customers. There is an opportunity for the UK to be a world leader on action by business to make this happen.”

LONDON — IPG agency Current Global has made seven appointments to its London office, HQ for the firm’s client work across Europe, after winning a raft of new client assignments in the health, engineering, technology and professional consulting sectors. The new joiners include former Public Health England data and science communications lead Ruairidh Villar as associate director, global media and campaigns on the health team, and Arti Maru as associate director, health, after working at agencies including Weber Shandwick, MSL and Cirkle.

LONDON — Engine MHP has appointed Alan Tovey, former industry editor at the Telegraph, as a director on its growing capital markets team. He has been a business journalist for 14 years. His appointment follows Rachel Farrington recently joining from investment bank UBS as a director.

LONDON — Brands2Life has promoted chief financial officer Tim Spink, who has led the finance and operations team for more than 12 years, to chief operating officer. In his new role, Spink will develop and manage the agency’s business performance as it moves into its next phase of growth, including across Europe and the US. The agency has appointed former Iris director Sarah Welham as its new CFO.

LONDON — Language learning platform Duolingo has appointed The Romans as its retained UK PR agency. The company, which was recently listed on Nasdaq, has around 40m active monthly users. The agency’s brief is to deliver a retained press relations and social media programme alongside creative campaigns.

LONDON — The Cayman Islands Department of Tourism has appointed travel and tourism specialist White Tiger PR as its UK and European PR agency on a three-year brief after a competitive pitch. The agency’s remit is to position the British Overseas Territory as a luxury, sustainable destination for European visitors as it begins to reopen to tourists.

LONDON — The Chartered Institute of Public Relations (CIPR) and Taylor Bennett Foundation have launched the PR industry’s first Reverse Mentoring Scheme, designed to increase awareness of diversity challenges, the need for inclusive cultures and drive lasting change in the PR industry, the pilot scheme will run for 10 months and pairs senior leaders with Black, Asian and ethnic minority PR and communications professionals to share insights into what it is like to be a minority in the industry.

LONDON — Feeld, a new “progressive” dating app for couples and singles, has hired Mischief to lead global communications after a workshop-based agency selection process led by Ingenuity. The app will be launching in several markets across the next year.

LONDON — Alfred has been appointed by Miniclip, a leader in the “casual gaming” sector, as its global communications agency. The brief is to increase brand awareness around Miniclip’s portfolio and deliver creative activity for key titles.

LONDON — Access Training UK, the specialist in electrical, plumbing, gas and construction training, has appointed Threepipe on a press office and campaigning brief to support students and strengthen the construction trades industry in a time of rising skills shortage and employment uncertainty. Threepipe will be working with the senior leadership team to position them as thought leaders and experts through the national and trade media and industry events.

LONDON — The PHA Group has been appointed by home insurance and boiler cover specialist Hometree, as the increase in long-term working from home also means that consumers are looking to upgrade emergency cover. The PHA Group will support Hometree through a press office and creative campaigns aimed at corporate and consumer audiences.