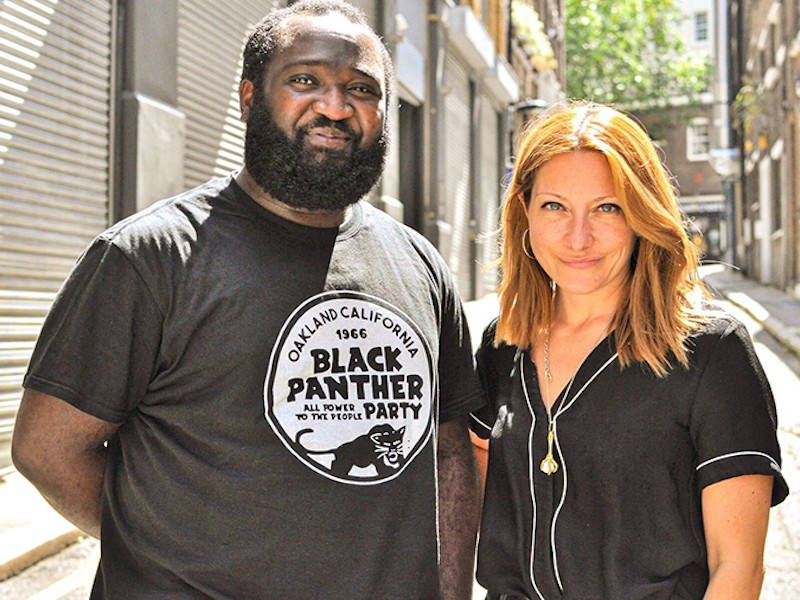 LONDON — The Co-op, the British consumer co-operative with a range of retail businesses including food retail and wholesale, e-pharmacy, insurance, legal services and funeralcare, has appointed Halpern to manage its consumer PR and influencer brief after a competitive pitch. The brief includes major brand campaigns. The Co-op’s previous consumer agency was M&C Saatchi Talk.

LONDON — Manifest has promoted Helen Kenny and Julian Obubo (pictured), who both joined the agency as juniors, to partners. Kenny joined Manifest in 2013 as an account executive and has led campaigns for clients including BrewDog, Chivas Brothers and Hotels.com. She is being promoted from associate director and will manage projects on group expansion and diversification, as well as continuing to lead global accounts. Obubo joined as an intern in 2012 and is the driving force behind the agency’s D&I programme — Manifest became the first agency to achieve The Blueprint kitemark this year. Obubo provides senior counsel to global brands as brand strategy director. As a partner, he will lead further business practices in diversity, equality and inclusion.

BRUSSELS — Technology policy specialist Maud Sacquet has joined APCO Worldwide in Brussels as a director in the technology practice. Sacquet was previously a policy manager at Mozilla, where she served as interim head of its Brussels office and led the company’s European strategy on disinformation, artificial intelligence and data access. Before that, she served as a policy manager at the Computer and Communications Industry Association (CCIA).

LONDON — The PRCA has been named as the representative body for the UK PR industry for the Government’s new Kickstart Scheme. The initiative is designed to protect young people deemed at risk of long-term unemployment due to the economic impact of Covid-19. The programme encourages organisations to create six-month job placements for young people aged between 16-24 who are on Universal Credit, with the Government funding 100% of the National Minimum Wage, National Insurance and pension contributions for 25 hours a week and organisations receiving £1,500 per placement.

LONDON — M&C Saatchi Sport and Entertainment is working with XenZone, the UK’s largest digital mental health service, to rebrand it as Kooth. The agency’s scope of work includes crafting the strategic positioning and social strategy, designing the Kooth brand identity and creating an animated showreel. Future projects include the development of sub brands as well as partnership work in areas including sports and entertainment.

BERLIN — Digital economy specialist Piabo PR has appointed Daniela Harzer as its first chief operating officer. She joins from lifestyle agency Haebmau where she was director and VP agile management and client relations. She has also worked at Scholz & Friends and at media company WallDecaux.

OXFORDSHIRE —  SparkPost, the email delivery and analytics engine that delivers nearly 40% of the world's email, has appointed CubanEight as its UK PR partner.  CubanEight has been briefed to drive a PR campaign to build its market leadership position, engage with target vertical sectors and increase share of voice in the UK.