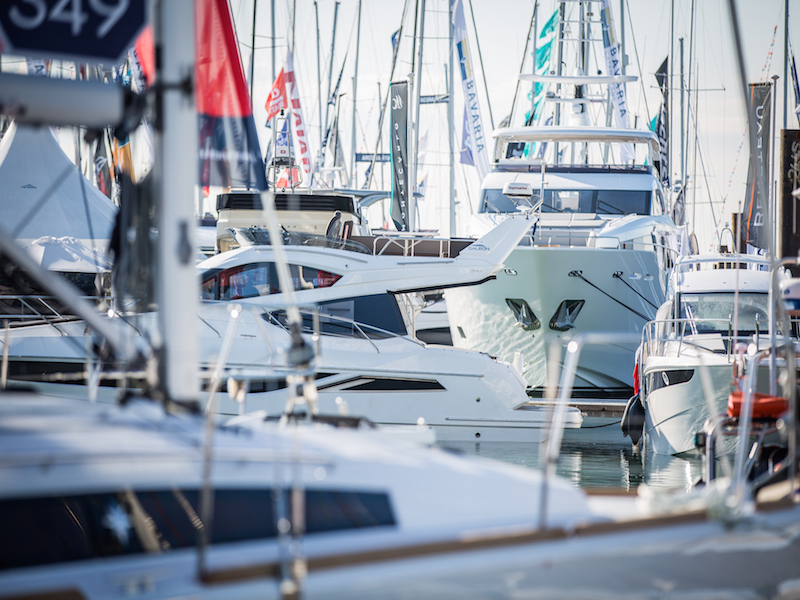 LONDON — Way To Blue has appointed Neil Kleiner as managing director of its UK operation. Kleiner was previously head of social and content at Golin and UK head of social at Havas Media, working with clients such as Toblerone, Coca Cola, Sony and Tesco. Kleiner will be responsible for extending the agency’s proposition across its entertainment and consumer brands portfolio, which includes Amazon, Hamleys, Expedia, IMAX and Sony. Poppy Mason-Watts also recently joined Way To Blue from Insight TV as European business director, to develop the EMEA business based out of Amsterdam.

LONDON — Ready10 has been appointed by the UK’s biggest festival of boating, the Southampton International Boat Show (pictured), to run the PR and comms programme after a competitive pitch by British Marine, the trade association for the UK leisure, superyacht and small commercial marine industry. The agency will support the 51st show, which takes place over ten days this month, with creative comms strategy, management of celebrity ambassadors and influencers plus an on-site media team. The brief includes supporting British Marine’s commitments to reduce the environmental impact of this iconic Show.

LONDON — Stand Agency has been appointed by Oska Bright Film Festival, the world’s leading festival for films made by or featuring people with learning disabilities, autism or Asperger’s. The agency, which has delivered campaigns for learning disability charity Dimensions as well as the British Board of Film Classification, aims to raise national awareness of the Brighton-based festival and increase the number of high-profile patrons and sponsors.

LONDON — Reputation analytics firm Commetric has appointed technology communications veteran Sally Costerton as a non-executive chair on its board, led by CEO Magnus Hakansson. Costerton was CEO of H+K Strategies EMEA and has been a board director of the PRCA for over ten years. Commetric helps organisations analyse conversations and content in social and traditional media, combining machine learning technology with experienced, multi-lingual analysts.

DUBAI — PRCA MENA has appointed its youngest regional board member, Abdulrahman Inayat, co-founder of independent Saudi marketing communications consultancy W7Worldwide. Melissa Cannon, general manager of PRCA MENA, said: “Abdulrahman is one of the best in the business and we are really proud to have him as part of our team.”