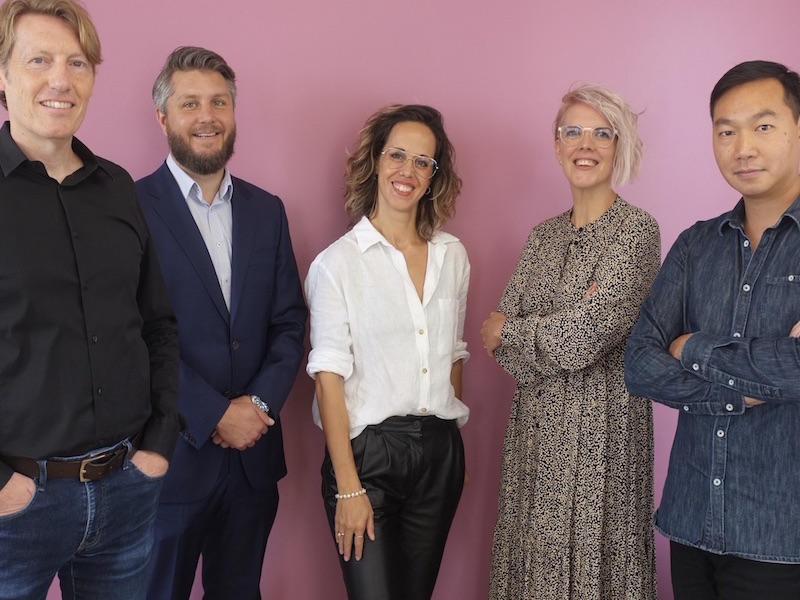 LONDON — M&C Saatchi Sport & Entertainment has launched a new lifestyle offer, M&C Saatchi Fabric, led by board director Laura Coller, who has been with the agency for over a decade and has been leading the company’s existing lifestyle division since 2016. M&C Saatchi Fabric initially launches in London and Sydney, with plans to expand into New York, Johannesburg, and Berlin.

MUNICH — German strategic communications firm Hering Schuppener Consulting is opening an office in Munich, ahead of rebranding as Finsbury Glover Hering in January. Former Kekst CNC partner and EVP communications at ProSiebenSat.1 Media Julian Geist joins the firm as a senior advisor and will work alongside directors Regina Frauen and Tanja Dorr to lead the new office. A number of colleagues from the Frankfurt office will join the team in Munich in the coming weeks.

LONDON — Publicis Health UK has united its Langland, Publicis LifeBrands, Publicis Resolute and Real Science agencies under the Langland brand, creating a new agency with a new brand identity that brings together the four disciplines of clinical trial experience, medical strategy and education, advertising and public relations and policy. The four disciplines have been under the leadership of Victoria Wright since her promotion to group managing director in August 2019 and have been under one P&L since January. As well as Langland, Publicis Health UK’s agencies are Digitas Health and Saatchi & Saatchi Wellness.

LONDON — Sports technology company Sportside, which has just raised £15 million in funding, has appointed specialist agency MatchFit as its retained PR agency after a competitive pitch. The agency will lead communications ahead of the launch of the Sportside app this autumn, which aims to build a community of sports fans by enabling people to connect across 20 sports and find matches by age, ability and geography. Sportside joins other MatchFit clients including the Football Association, UEFA Women’s Euro 2021 and real-time sports updates provider LiveScore.

LONDON — A new political monitoring firm, PolicyMogul, has been set up to offer free political updates, parliamentary proceedings and the wider policy-making environment via a feed, search tools and email alerts, giving small businesses, charities, journalists and public affairs professionals the same access to high-level monitoring that previously only larger organisations could afford. The company, billed as a “breakthrough in public affairs” has been set up by entrepreneur Elliot Robinson. In addition to the free service, PolicyMogul offers a paid platform to allow larger companies, agencies and industry bodies cheaper access to political monitoring.

LONDON — Fanclub has hired two new board directors. Paul Lucas joins from Edelman to lead on strategy and creative, as well as developing the agency’s client service offer. Lucas joined the agency on a contract basis from May and was made permanent this month. Prior to Fanclub and Edelman, he held director roles at Fever and TVC and co-founded Brando (now Citizen Relations). In addition, Paul Allen joins Fanclub as a board advisor. Formerly a partner at consulting firm SI Partners, Allen will lead the agency’s growth plans. He also holds advisory roles at Tin Man and Blurred. The two new board members join managing director and founder, Adrian Ma, as well as non-executive director, Davnet Doran and director Amy Hall.

BIRMINGHAM — Story Comms has appointed former Ketchum, Metia and Speed leader Stephen Waddington as a non-executive director to support its growth. The five-year-old agency, which works with B2B and public sector clients such as Berkeley Group, the British Business Bank and Goodman, plans to double in size in the next 18 months and has invested in content production, video production, digital and SEO services during the pandemic.

DUSSELDORF — BoldT has hired political and digital communication specialist Sophie Braun as a consultant in its new office in Dusseldorf. Braun joins from German international trade and development body GIZ and will work with international BoldT clients alongside colleagues in Cologne, Berlin, Brussels and Zurich.

LONDON — UK online fishing retailer Outlaw Pro has hired Rooster as its PR agency ahead of the launch of its first store, after the team delivered an ecommerce campaign that drove 70% of Outlaw Pro’s lifetime sales in two months. The angling brand, which launched in February this year, was founded by entrepreneurs Stewart Lawson, Tony Hannigan, Tom Church and Jason Stanton with a mission to disrupt the £1.4 billion recreational angling market by offering premium products at fair prices.

LONDON — Keep Communications has been appointed by Niix Fit, the crowdfunded workout app that blends pilates, cardio and barre workouts, to manage PR and digital communications. The app is made for women, by women and targets those approaching 40 and over to help tackle perimenopause and menopause. The account will be led by Matt Williams.