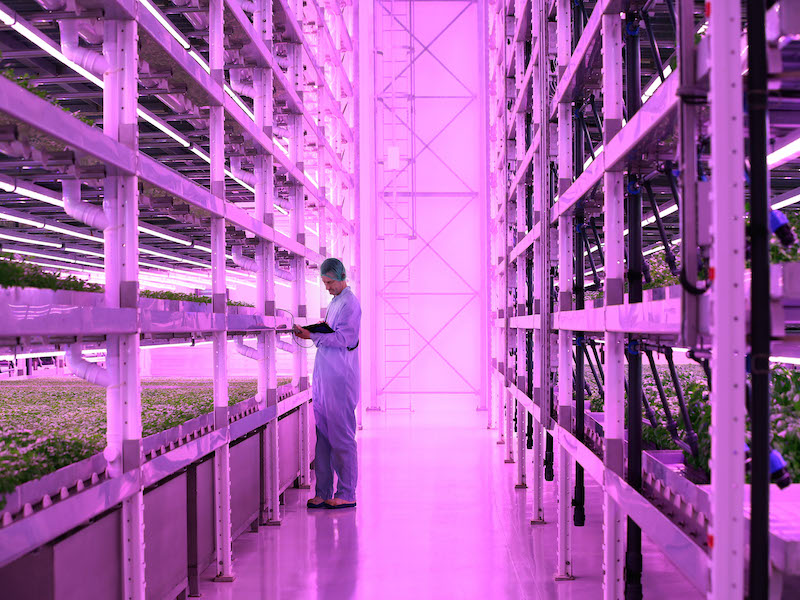 LONDON — Portland has hired Gabriel Milland as a partner, to lead a team of research, data and analytics specialists serving the Omnicom agency’s client teams in London, Brussels, Paris, Berlin, Doha, Singapore and Washington DC. With Milland’s arrival, Portland will launch an expanded Opinion Research unit providing focus groups and in-depth interviews for corporate and government clients. Milland is currently a partner at Public First, a consultancy specialising in public policy and research, and previously worked in Whitehall as head of external communications at the Ministry of Justice and head of communications at the Department for Education. His last civil service role was as deputy director for the Government Communication Service. Milland also spent a decade in journalism as a political correspondent and foreign editor.

BRUSSELS — Hanbury Strategy has strengthened its EU public affairs team with senior hires in London and Brussels. Sander Schol joins as partner and will lead the European public affairs practice. Schol, who will be based across London and Brussels, was head of regulatory strategy at BGC Partners, and before that he was in JP Morgan’s government relations team. In addition, Jenni Kortelainen joins from Hanover as associate director, with a focus on EU health and pharmaceutical policy, and is joined in Brussels by associate director David Garcia-Falaux, who worked in the European Parliament and has held senior roles at the Union of European Federalists.

LONDON — Hanover Health has hired Josie Godfrey as a senior associate to strengthen its market access team. Godfrey brings 12 years’ experience in market access strategy, with a particular focus on innovative technologies. Josie established the Highly Specialised Technologies programme at UK body NICE and has also held other international and national roles in pharma and consultancy.

LONDON — Lewis has announced the launch of Rise Academy, a global programme for non-graduates and career-changers looking for a start in the marketing industry. The agency has created 50 entry-level opportunities across all regions, and will offer full-time paid positions across creative, strategy, technical and client servicing teams. The training and development programme is an evolution of the agency’s existing Marketing Masters, but includes elements to support inclusion and integration.

BERLIN — Hill+Knowlton Strategies has expanded its team in Germany with the hire of Radwan Atwi as creative director in the Innovation + Creative Hub. Nikolaus Maas will also join the team as senior creative strategist. H+K’s global network of I+C hubs bring together creative, content, media, data and digital specialists. Atwi brings experience in agencies such as JWT, Grey and Leo Burnett, having worked in Dubai, Kuwait, Berlin, Frankfurt and Munich with clients including Ikea, McDonald's and Mondelez. Most recently, he was creative director at Virtue/Vice in Zurich. Maas comes from thjnk, where he most recently worked as a strategist for clients such as Audi and Austrian Airlines.

LONDON — Hard Numbers and Hype Collective have opened a fund to enable their staff to launch their own agencies. StaffSeed, is open to all employees who have been working for either agency for at least four years and will enable them to pitch for up to £100,000 of funding. Youth marketing agency Hype Collective has put aside a portion of its profits for the fund since it launched in 2017, which was used to launch Hard Numbers in 2020. This move is part of the growth strategy of the two agencies’ parent company, The Family, which rebranded in June.

LONDON — Firstlight has bolstered its digital offer with the appointment of digital specialist Neil Young as associate director. With tenures at agencies including Teneo, Ketchum and M&C Saatchi PR, Young brings corporate and consumer experience across influencer marketing, digital strategy, creative and paid, having worked with clients including Microsoft, Transport for London, Aldi and HSBC. At the same time, corporate and business specialist Imogen Robinson joins as an account director from Good Relations.

LONDON — Sapience Communications has signed three new clients, as the agency continues its growth in ESG-focused work. The first two wins build on Sapience’s heritage in working with health and social care organisations. Dimensions, the leading provider of support to people with a learning disability and/or autism, and the social venture Social-Ability, which aims to make life happier for people living with dementia, have both appointed Sapience on a retained basis. The third win is social housing investment firm HSPG.

LONDON — Splendid Communications has announced its support of international conservation charity World Land Trust. As part of its commitment to becoming a more sustainable company, Splendid is undertaking a two-phased programme of initiatives with the charity: investing in key World Land Trust programmes that aid the protection and restoration of tropical habitats in countries including Argentina and Brazil, and taking part in its Carbon Balanced programme. In 2021, Splendid introduced triple bottom line reporting and is committed to measuring its social and environmental impact.

LONDON — Student Beans, the discount app for students, has retained Rise at Seven to handle digital consumer PR activity. In the past year, Student Beans has helped UK students save over £100 million by offering exclusive discounts from big brands. The firm now plans to increase its digital presence with digital PR and search engine optimisation activity.

LONDON — PR and content consultancy Positive has been named as agency of record for UK data analytics firms, Quantexa, after a competitive pitch. Quantexa’s technology is used by HSBC, Standard Chartered Bank and Danske Bank to prevent crimes including money laundering, fraud, counterfeiting of goods and human trafficking. In June 2020, Quantexa raised over $65 million in funding and last year it grew revenues by 108%. It raised a further $153 million this July. The brief is for Positive to help Quantexa grow its brand within the new tech category of Contextual Decision Intelligence (CDI), repositioning the company as a mainstream data analytics company competing with IBM and Oracle. Positive’s team is also leading major global research projects for Quantexa which will look at how business leaders are using AI to shape the future of their enterprises.

LONDON — Alfred has promoted Lucy Newson to deputy MD and Hannah Lynch to client service director, as it looks to build on its 80% growth over the last year. Newson joined Alfred in 2018 following positions at Kaper and Frank and her promotion will see her take on the day-to-day running of the business, leading on new business, and special projects around the agency’s commitment to people and planet. Lynch, who has been with the business for over six years, will focus on delivering client excellence and growth across the agency and will join the board, alongside MD and founder Dan Neale, Newson, and non-exec directors Michael Murphy and Otto Stevens. Neale will transition away from day-to-day operations, and focus on strategic projects.

LONDON — Sunny Side Up has been appointed by the Jones Food Company, which owns and operates the largest vertical farm in Europe, backed by the Ocado Group. At the company’s site in Lincolnshire (pictured), the team sustainably farms herbs and salad leaf products which are supplied to UK retailers. The products are grown hydroponically, with green energy used to supplement the light and heat required. The result is produce which requires up to 95% less water than traditional farming, requires no chemical pesticides or herbicides, travels fewer miles from farm to fork, which has no compromise on taste and which can be grown and harvested all year round. Sunny Side Up will help the brand tell its story across a broad range of corporate stakeholders and to consumers.

LONDON — Boldspace has made four new hires, bringing the team to 18. Oli Cousins joins the agency as a strategist, bringing five years’ experience in strategy roles at agencies including Mindshare and BrandOpus. Cousins will support strategy work for Boldspace clients in fintech, lifestyle and ecommerce. Boldspace has also added a junior creative team, Sophie Webster and Elliot Payne, who will report to Boldspace creative director, Matt Weston, who joined the agency in January. The creative team is also joined by senior graphic designer Dan Kearney.

LONDON — Purpose-driven specialist Barley Communications has appointed Adam Gavshon Brady as its first creative director. Gavshon Brady will lead the agency’s creative brand strategy for clients including the British Nutrition Foundation, the European Association for Cardio-Thoracic Surgery, Leadenhall Market and North London Waste Authority. His previous experience includes developing brand and campaign strategies for environmental communications agencies. Barley, which was set up in 2016 by James Ford and Sam Williams, now has a permanent team of nine.