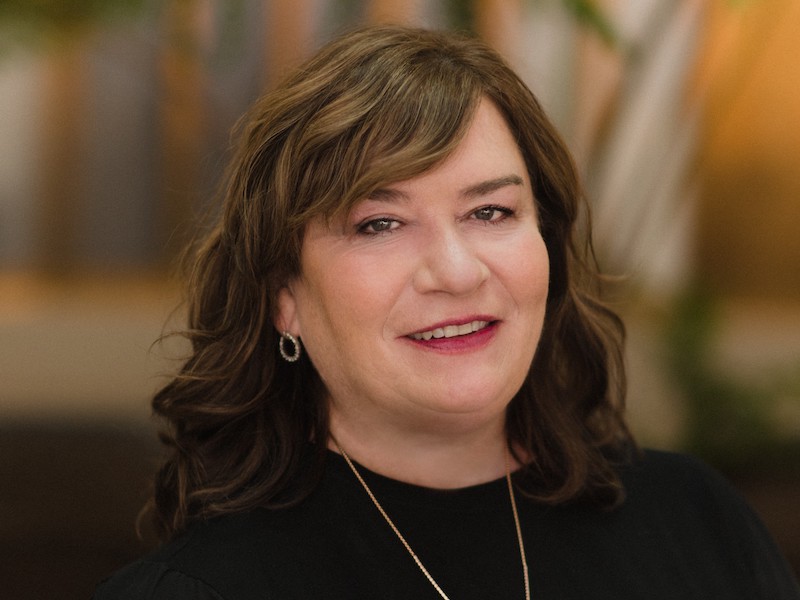 LONDON — FTSE-listed online trading provider IG Group has appointed Katherine Whitton (pictured) as its global chief marketing officer and a member of its executive committee, reporting to CEO June Felix. Whitton joins from Specsavers, where she had been CMO for the past three years, including restructuring its in-house agency and developing a new brand strategy. She previously held senior marketing roles at Barclaycard, British Airways and American Express.

LONDON — Bladonmore has appointed Leonie Dixon as group operations director, with an initial focus on the continued expansion and development of the firm’s US arm, which was launched in 2019 and now contributes around 20 per cent of group revenue, working with clients including EverestRe, Virgin Orbit, Stonepeak and Coinbase in the US, as well as long-term clients from Europe and the Gulf. Before joining Bladonmore, Dixon was director of strategic planning and operations at MerchantCantos, part of Brunswick Group, where she had worked for 14 years.

LONDON — Capita corporate affairs director Katja Hall will leave her role at the end of the year after a restructure at the outsourcing and professional services company made the role redundant. Hall joined Capita in 2018 in what was then a new role for the firm. Her previous roles included global external communications at HSBC.

DUSSELDORF — Red Havas Health, which was launched earlier this year as part of Red Havas Group, has made two global leadership appointments. Justine Piechatzek joins as general manager in Germany and Roxane Philippe joins as airector in France. Piechatzek was previously group head at MCG Medical Consulting Group and has also held roles at Ketchum Pleon and Ogilvy Healthworld. She will report to Dirk Poschenrieder, MD of Havas Life Dusseldorf. Philippe has previously worked at By Agency Communication, Hill + Knowlton and Elan Edelman. She will report to Loris Repellin, CEO of Havas Health & You France, and Julien Carette, CEO of Havas Paris. The announcement follows Red Havas’s recent addition of offices in Spain, Germany, China, France and Italy to its network.

LONDON — FTI Consulting has appointed Julia Bradshaw as a senior director in its life sciences and healthcare team within its strategic communications division from 1 February 2022. Bradshaw joins after seven years at the Daily Telegraph, where she is the senior business reporter for the pharmaceuticals and biotech sectors, and was previously a business news editor.

LONDON — Multinational hospitality, hotels and resorts group Accor has hired Kristen Roman as PR and media relations manager for the UK, Ireland and the Nordics. Roman joins from London’s Shangri-La hotel, where she was PR manager. Accor has also promoted director of brand PR for northern Europe Sarah Wilson to vice president of PR and media relations for Northern Europe, and internal communications manager Baiba Plume to director of employer branding for Northern Europe.

LONDON — Ogilvy Health UK has made a number of hires to its creative team: creative duo Tamsin Wills and Lydia Rylance Murdoch join as junior art director and junior copywriter respectively. Amara Randhawa joins from Cubaka as a junior videographer, and Ned Bridges joins having worked at Blue Latitude and Saatchi & Saatchi Wellness as a senior art director. The new hires follow the recent promotion of Cameron Billing to senior art director.