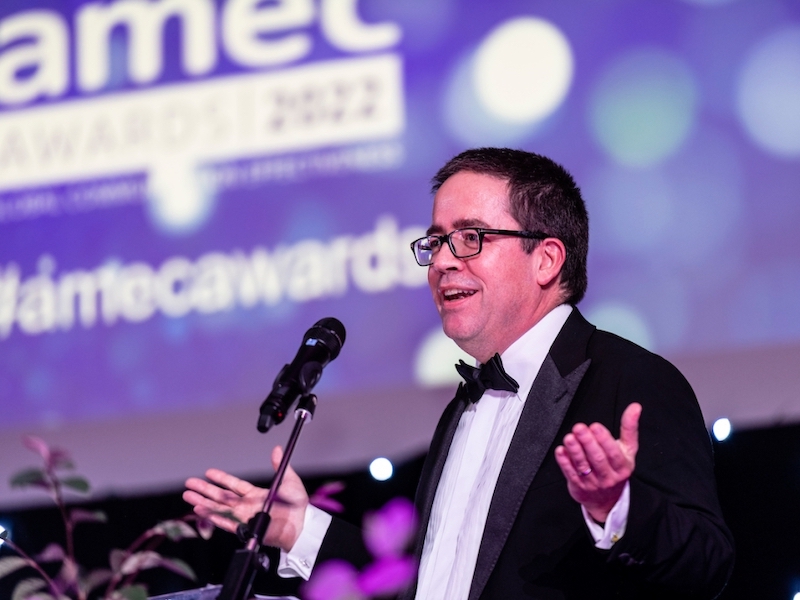 LONDON — Richard Bagnall (pictured) has been awarded the Don Bartholomew Award for services to the measurement and evaluation industry by AMEC, the International Association for the Measurement and Evaluation of Communications. Bagnall, who is global co-managing partner and CEO, Europe and the Americas at measurement and evaluation firm Carma International, was chairman of AMEC from 2016 to 2022 and received the honour at the AMEC awards in London. It was the second award for Bagnall this month: he has also been awarded the CIPR’s President’s Medal, one of the organisation’s highest honours.

LONDON — Lansons has appointed four senior advisors to enhance its advisory capability around reputation and ESG at board level: journalist Philip Collins, CEO of The Draft and chief speech writer for former UK prime minister Tony Blair; Sarah Bates, chair of John Lewis Partnership Pensions Trust and Universities Superannuation Scheme Investment Management, senior independent director of Alliance Trust and co-founder of the Diversity Project; Shereen Daniels, MD of HR rewired, and author of ‘The Anti-Racist Organization: Dismantling Systemic Racism in the Workplace’; and David Wheldon OBE, president emeritus of the World Federation of Advertisers and former CMO of The Royal Bank of Scotland.

LONDON — Allison+Partners has hired Megan Stoner as a senior vice president in the London office to serve as counsel for client experience, business development and people management. In her new role, Stoner will help the agency in strategy development on the public relations side of the business, working with Jim Selman, partner and MD for UK and Ireland, and recent re-hire Susie Hughes, executive vice president. Stoner previously spent six years at Allison+Partners from 2012, before moving in-house as communications manager at Instacart and then moving to Google, where her work ranged from proactive trends programming to crisis communications for Google Maps.

LONDON — Team Lewis has made a senior appointment to its UK leadership team, hiring Louise Greeves to oversee its marketing practice. Greeves joins the agency from digital transformation consultancies Ensono and Ensono Digital (formerly Amido), where she was European marketing director. She has also held leadership roles at social media, SEO and PR agencies including iCrossing and Propellernet. In her new role, Greeves will be responsible for growth of UK and international brand and performance marketing clients, and oversee campaigns that integrate PR, SEO, content and paid media activity.

LONDON — Nepean, the reputation and communications consultancy, has expanded its senior leadership team for the first time since it was founded in 2019 by Gavin Davis, former head of corporate communications and campaigns at Sky. The agency has appointed Peter Fitch, former chief operating officer at Teneo, as its first partner. Fitch was previously MD of Blue Rubicon and head of communications at Lloyd’s of London, as well as holding senior government communications roles.

DUBAI — Gambit Communications has appointed Showkat Rather in its first dedicated sustainability and ESG communications role. Rather brings 15 years of experience in sustainability-related communications; he was previously a communications specialist at the International Centre for Biosaline Agriculture (ICBA), a senior media and communications officer at ICRISAT (part of France-based CGIAR, the world's biggest agricultural research network), and an assistant media advisor at the US Department of State at the US Consulate General in Hyderabad, India. The agency works on ESG-focused communications for clients including Veolia, Sharjah Sustainable City, BBC Earth, Acer and Porsche.

LONDON — Sustainability specialist Seahorse Environmental has hired Chloe George to lead its new ESG and corporate sustainability practice. George joins from BT, where she was head of ESG strategy and engagement, and before that worked at Barclays in its corporate communications and citizenship and sustainability teams. The agency’s new practice will focus on ESG and sustainability strategic advisory services for businesses, organisations and financial services, working with Seahorse’s specialists in decarbonisation, renewable energy, clean tech, nature and the blue economy. Also joining Seahorse are Katie Davies, from IJGlobal where she was a journalist reporting on European renewables mergers & acquisitions, and Tim Bryant, who was previously at advertising agency FCB Inferno where he set up FCB Green and worked on behaviour change marketing communications campaigns.