Please refer to our Privacy Policy for important information on the use of cookies. By continuing to use this website, you agree to this.
Home Latest Enter Now: 2021 APACD Awards Recognise In-House Communications Excellence
PRovoke Media

In-house teams and professionals can enter the APACD Awards now ahead of the early deadline of 7 June. 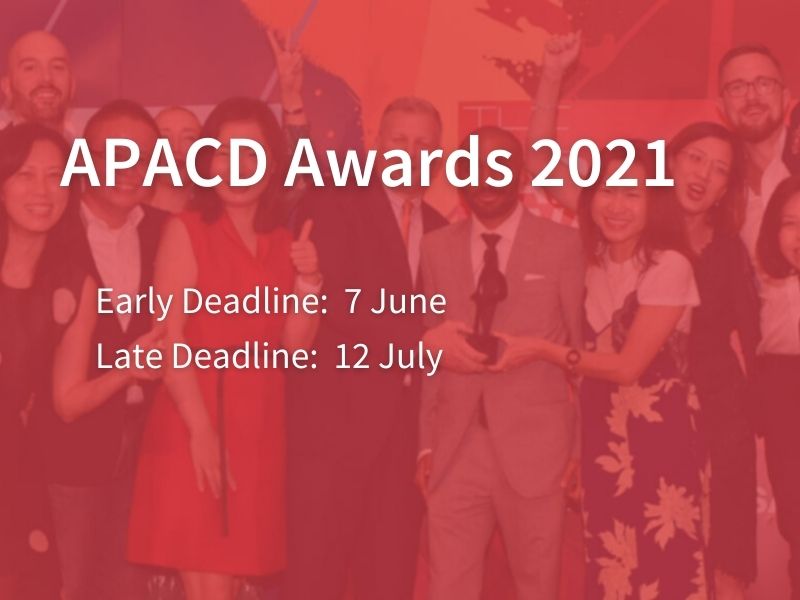 The 2021 APACD Awards, which recognise excellence from in-house communications teams and professionals, are now open for entries via the dedicated microsite ahead of the early deadline of 7 June.

As the only Asia-Pacific awards scheme that focuses specifically on the in-house communications sector, the APACD Awards not only reflect the unique status enjoyed by the Asia-Pacific Association of Communication Directors (APACD), but also highlight the fundamental role that communications has played in a year of considerable flux.

"The APACD Awards are designed to recognise sustained excellence among in-house communications professionals and teams," said APACD president Azmar Sukandar. "As the importance of the communications function is rapidly elevated by the remarkable times we live in, it's critical that APACD benchmarks and celebrates the people and companies that are setting standards across our fast-changing region."

APACD Awards judges will be drawn from APACD members, while the unique judging process also requires finalists to present their case in a live judging session that will take place in mid-August. APACD Awards winners will be unveiled during the organisation's Summit and AGM in September of this year.

APACD members benefit from a 15% discount on entry fees — to receive your discount code, please email us. Consultancies are also welcome to enter on behalf of their clients.

Full details of the entry process, including deadlines, fees, categories, FAQs and more, can be found at the entry platform. While the early deadline is 7 June, entries will also be accepted upon payment of a late fee until 12 July.