Please refer to our Privacy Policy for important information on the use of cookies. By continuing to use this website, you agree to this.
Home Latest FDA Seeks Agency Support For Lucrative Anti-Tobacco Assignment 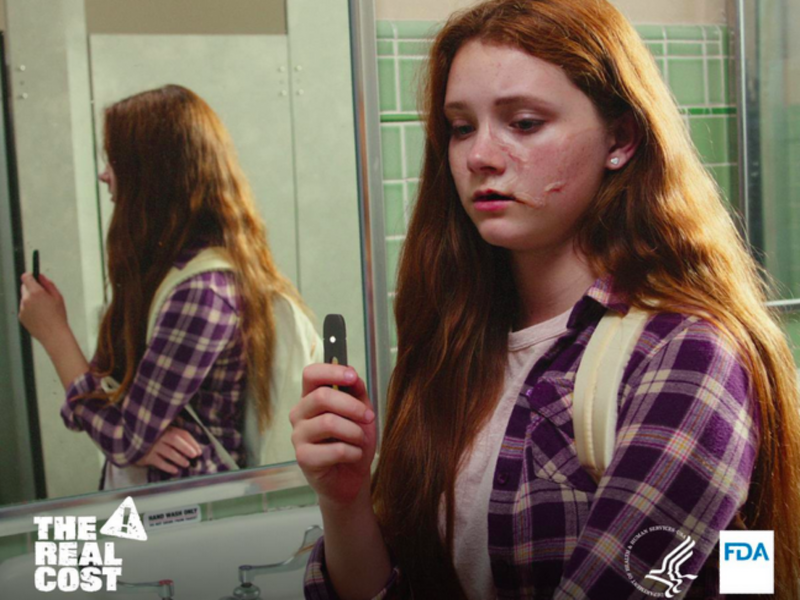 The FDA's Center for Tobacco Products is looking for an agency partner to handle communications and advertising for its latest tobacco prevention campaign, which focuses on teens' use of e-cigarettes.

WASHINGTON — The FDA’s Center for Tobacco Products is reviewing communications support for its public education initiative targeting teens at risk of getting hooked on e-cigarettes.

The FDA is looking for an agency to handle the latest incarnation of its youth tobacco prevention initiative, "The Real Cost," which focuses on reaching and educating the 10.7 million teens who have used e-cigarettes or are thinking about trying them, according to the RFP released Monday. The e-cigarette prevention initiative is the fourth campaign since "The Real Cost" launched in 2014.

The account could pay up to $900 million over five years. In early 2017, CTP hired IPG’s True North Communications, a partnership including ad agency FCB, for other "Real Cost" support in a deal worth up to $625 million.

The heightened focus on e-cigarette prevention will include hyper-targeting teens on digital and social channels including YouTube, Spotify, Pandora, Facebook, and Instagram. The campaign also will expand into schools with tactics such as hanging posters in the bathrooms of at least 10,000 high schools, where e-cigarettes are frequently used.

Using geographic, demographic, psychographic, socioeconomic and cultural factors to target both national and niche audiences also is a goal, the RFP said.

“Evidence from controlled field experiments and population studies shows that paid media campaigns are a proven strategy to prevent and reduce population-level tobacco use and have contributed to significant declines in tobacco use over the past several decades. However, the paid media campaigns of today must navigate a fragmented, competitive media environment to find and motivate hard-to-reach audiences who aren't particularly interested in the topic of tobacco,” the RFP said.

The agency review comes as tobacco use continues to be the leading preventable cause of disease, disability, and death in the US, resulting in more than 480,000 deaths each year, the FDA said. Each day, more than 4,700 Americans aged 12-25 smoke their first cigarettes. In 2020 3.6 million youths reported using e-cigarettes within the past 30 days.

If current trends continue, an estimated 5.6 million children alive today will die prematurely as a result of smoking, the FDA said.