Please refer to our Privacy Policy for important information on the use of cookies. By continuing to use this website, you agree to this.
Home Latest Global Comms Head Jason Teitler On Taking 'The' Out Of Special Olympics
Diana Marszalek

Special Olympics SVP Jason Teitler wants people to understand that the flagship World Games are just one part of the organization's efforts to improve inclusion and equality for people with intellectual disabilities. 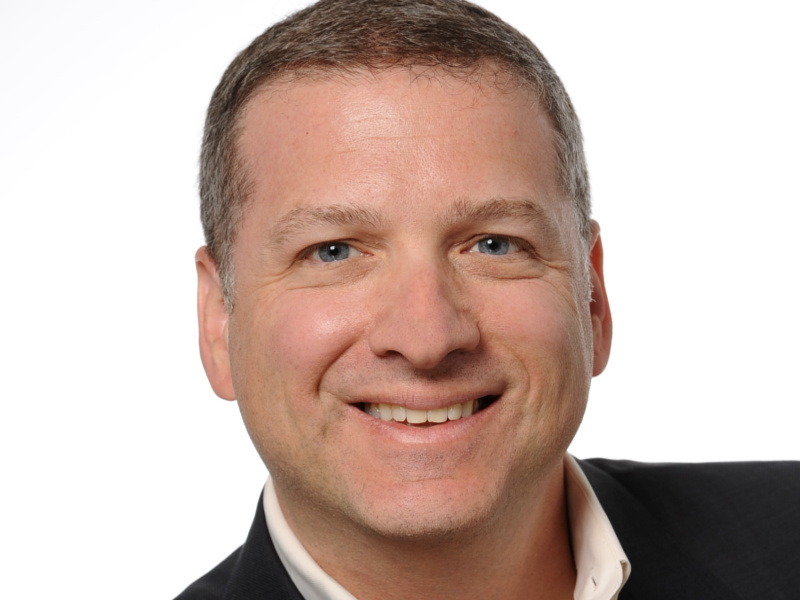 As Special Olympics head of global communications, Jason Teitler has been behind an effort to further the understanding of what Special Olympics does beyond its flagship world games for athletes with intellectual disabilities. A major component of the plan: getting people to stop putting 'the' in front of the organization’s name, Special Olympics, because they equate it with a sporting event. “The reality is that we provide sports, health, education and leadership programming every day of the year on top of our local, national and regional events with the World Games being our largest event,” Teitler says. “Eliminating 'the' will be the result of people fully understanding this about the organization and embracing that we are so much more than an event.”

Teitler joined Special Olympics in 2019 from BCW, where he was global chair of the firm’s fan experience group. He recently spoke with PRovoke about the challenges people with intellectual disabilities face worldwide, and how Special Olympics has made strides in helping people overcome them since Eunice Kennedy Shriver created the group 52 years ago. An edited transcript:

I’m proud to say that people are starting to change their understanding of Special Olympics because of our communications work around the elimination of the word 'the’ in front of Special Olympics in our lexicon, and the lexicon of others that champion our movement and shout far and wide about it.

We have done quite a bit of solid work in explaining why the word ‘the’ is representative of a problem in understanding what we do for those with intellectual disabilities throughout the world. When people talk about Special Olympics, they say The Special Olympics because they think it’s an event that happens once every two years, or every so often if we’re talking about a regional event. But the reality is we are doing work every day of every year on four fronts. Sports is obviously the foundation of our work; We’ve been doing that for 52 years and doing that across nearly 200 countries and territories. And we’re doing that work with 6.5 million athletes and unified partners across the world. But we also have done a tremendous amount of work in the health space. Education is a big part of our world, especially through our Unified Champions Schools program. And leadership is another area that we do a lot of work in. We work in each of those four units across the globe. Its Special Olympics in everything that we do across the board.

What kind of work does Special Olympics do on the fronts other than sports, starting with education?

We have thousands of schools connected to our criteria and we are expanding quite energetically across the globe. In July of 2020, we were fortunate enough to get a large gift from the crown prince of Abu Dhabi to help us expand into six countries (Argentina, Egypt, India, Pakistan, Romania, and Rwanda). So, our Unified Champions Schools program is very much international and still growing, that $25 million was put to good use. And we’ve got many students with intellectual disabilities working with students without intellectual disabilities, so we do want to make this mainstream. We know that when you have a unified environment all communities benefit.

And health and leadership?

It is changing policies in different parts of the world, but a big part of what we do is training physicians to understand those with intellectual disabilities and the sometimes very unique needs that they have from a health perspective and some of the underlying conditions. But also, how to interact with someone who has an intellectual disability. We are finding that education and training is something that across the globe is desperately needed, because there isn’t a general understanding by all physicians on how to work with someone with an intellectual disability. And that issue has become more important, as the pandemic has made itself known to certain communities that aren’t given the same treatment as others and unfortunately it is causing some really serious issues and, in some cases, death. With leadership programming we also help certain organizations understand what an inclusive environment is from a work perspective.

So, people with intellectual disabilities are still a long way from having equality.

How do you change that?

We are used to taking our flagship events to countries that in the past people have been curious about. We’re very proud that our World Winter Games coming up in January are going to be in Russia. We have been in Russia for a very long time. We have 130,000 athletes in Russia. And we’re looking forward to having our World Games there because there is so much good work that can be done in Russia. And that’s just one example of geographies where our work is desperately needed, and we are very proud to say that we go to where those challenges are, and we don’t shy away from them.

From a sports perspective, our coaches, in my eyes, are superheroes because they are not just coaching on the field, they are actually becoming life partners of some of our athletes and helping usher them through some of the health challenges they have, the education challenges they have, and the opportunities that they have from a leadership perspective. Our coaches are one of the greatest untold stories that we are slowly but surely unlocking. And a lot of people are finding that a very refreshing angle of what we do for people with intellectual disabilities.

And, yet, Special Olympics has made tremendous progress over time.

We do see a lot progress and we’re very, very proud of some of the things we’ve been able to accomplish over 52 years, and most recently what we’ve been able to do with health and education. On the leadership side, just the sheer fact of having people with intellectual disabilities being employed with companies across the world, that is a very big statement and we’re proud to say we’re making headway there. But there are still places where we have a lot of work to do. Our ambition is to at least change the attitudes and behaviors of the general consumer so that they can better communicate within their networks what those with intellectual disabilities are capable of.

A good example, and someone who really put a stake in the ground for us last year, and is still a celebrity to this day, is a gentleman named Chris Nikic. Chris became the first person with Down’s syndrome to complete an Ironman. Now, there are plenty of people on this planet, whether we’re talking about somebody with or without an intellectual disability, even elite athletes that cannot complete an Ironman. So, the fact that Chris was able to do what was previously the unthinkable, really helped demonstrate that, given the opportunity, someone with an intellectual disability can achieve the dreams that any one of us may have. His story has been told far and wide by some of the biggest media on the planet. And it’s really a nice punctuation behind everything we do from a leadership perspective, from a sports perspective, health perspective. He really is embodying everything Special Olympics represents.