Please refer to our Privacy Policy for important information on the use of cookies. By continuing to use this website, you agree to this.
Home Latest Golin's 'Have Her Back' Spins Out Into Independent Consultancy 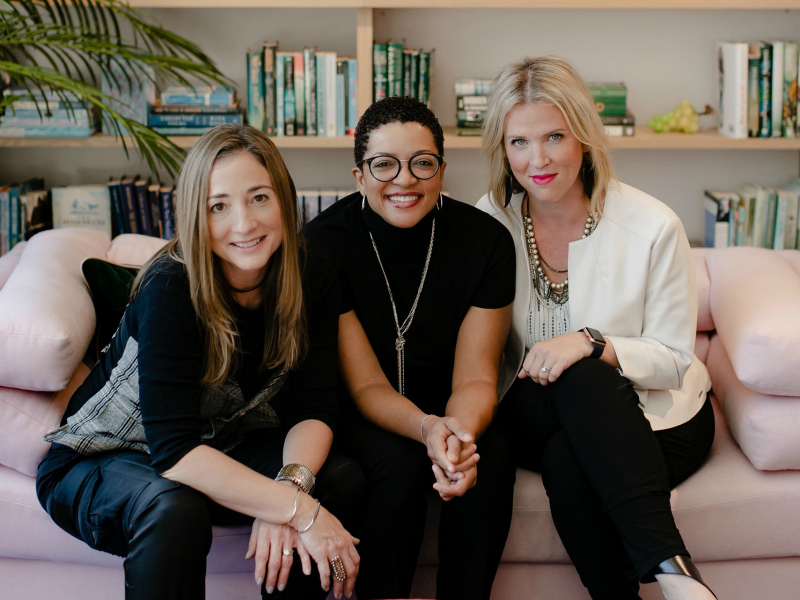 Golin's 'Have Her Back' Spins Out Into Independent Consultancy

IPG will take a minority stake in the consulting firm led by Caroline Dettman, Erin Gallagher and Pamela Culpepper.

CHICAGO — The Have Her Back (HHB) initiative, which launched last year within Golin as a call to action for gender equity within creative departments, is now spinning out into an independent company that Interpublic Group is taking a minority stake in.

Golin's chief creative officer Caroline Dettman, who was a key driver for HHB within the agency, is leaving the firm to run the consultancy, alongside Erin Gallagher, who is also stepping down from her role as Golin's director of marketing. Pamela Culpepper, who was formerly chief people officer at Golin, and before that held several roles at PepsiCo, is also joining the leadership of the consultancy.

“Diversity, equity and inclusion in the workplace are not just moral issues, they’re business imperatives,” said IPG chairman and CEO Michael Roth. “We are proud to have been a part of the launch of Have Her Back, and look forward to seeing them continue their success and grow as an independent agency.”

Ellen Johnson, currently IPG’s SVP of finance and treasurer, will serve on the board of HHB Consulting. (Johnson will also become the first female CFO at a global holding company when she takes on that role on January 1.)

“The cultural zeitgeist bringing diversity, inclusion, belonging and equity to the forefront for companies is an undeniable opportunity and not without its challenges,” said Dettman. “Companies are seeking experts in bringing authentic gender equity to bear – inside and out. We’re excited that HHB Consulting can help them move beyond good intentions to being intentional about having her back.”

Have Her Back launched in March 2018 at Golin under Dettman, Gallagher and the leadership team as a creative stance and call to the communications industry to welcome female creatives back into the workforce. The idea to spin Have Her Back into an independent consultancy sparked shortly after, following a Silicon Valley event that featured speakers like HP CCO Karen Kahn and Adobe’s Katie Juran, discussing topics that included salary transparency, equal pay for freelancers, and how organization nomenclature can change culture.

“We are in a rapidly changing climate that demands we review and refresh how organizations address their culture, policies and the way they authentically reflect those externally,” said Culpepper.

HHB Consulting will begin operations immediately, based out of Chicago. The company’s official launch will happen later this fall.

“Golin is where Have Her Back began and we continue to share a commitment to its mission, and look forward to working alongside the consultancy to achieve progress with the creative community and clients,” said Matt Neale, co-CEO of Golin.

Among its accolades, Have Her Back won a 2019 Innovation SABRE Award in the Best Agency Marketing category.