Please refer to our Privacy Policy for important information on the use of cookies. By continuing to use this website, you agree to this.
Home Latest H+K Elevates EMEA Heads To Global President Roles, Jutkowitz To Relinquish US Leadership 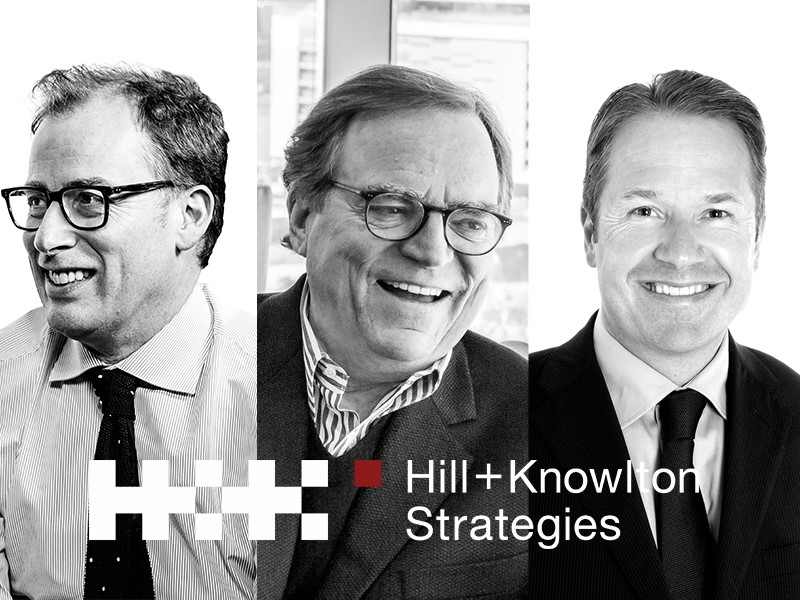 Lars Erik Grønntun and Richard Millar take on global oversight at H+K Strategies while Alex Jutkowitz will relinquish US leadership as SJR moves to standalone status within WPP.

NEW YORK — Lars Erik Grønntun and Richard Millar, who have led Hill+Knowlton Strategies’ impressive resurgence in Europe over the past five years, have been promoted to global presidents at the firm, sharing a new leadership role that is designed to replicate their EMEA success across the entire agency.

Millar and Grønntun will report to Jack Martin, who will continue in his role as global chairman and CEO, and will join an executive committee that also includes chief operating officer Meredith Marks, global head of talent Kate Augustine, and a new president of the US, expected to be named by early 2019.

The current US president, Alex Jutkowitz, will return to his leadership role at SJR, the content marketing firm that he founded and sold to H+K in 2013. In 2014, SJR was folded into H+K, but that process will now be reversed. "We have reviewed the role of SJR in light of its dramatic growth since acquisition in 2013," said a statement from H+K. "As a result, we have decided that SJR is best served with a freer role to continue its expansion."

From January 1, therefore, the content creation firm will become a standalone company inside WPP, "with a special attachment to H+K on common clients." Martin says the two companies will continue to work together on shared clients, but also points out that H+K has its own creative and content hubs, most notably in London, under Millar.

Jutkowitz became US president in 2017 upon the departure of Beth Balsam, with a brief to transform H+K's operations in the market. The search for a new leader means that H+K is on track for its sixth US CEO since 2013, when Dan Bartlett departed for Walmart.

All of H+K's geographic units, including the US, will now report into Grønntun and Millar, overseen by Martin. In Asia-Pacific, the firm remains led by chairman Vivian Lines.

Grønntun has led H+K’s operations across Europe, Middle East and Africa since 2014 as CEO and chairman, and is a senior strategy consultant within corporate communications and public affairs. He is also the senior lead for some of H+K’s top global and European clients, including Equinor (formerly known as Statoil).

Millar has led the transformation of H+K’s flagship operation in the UK as CEO since 2008 and since 2014 has driven the firm's creative agenda as global chair of creative strategy — via the formation of global hubs in London and Shanghai. He is also the senior lead on clients, including Adidas Global, across all categories.

According to Martin, "Both Richard and Lars Erik have proven their exceptional leadership abilities over a number of years in the UK and EMEA respectively and I am looking forward to working with them to accelerate the implementation of a transformation program that maximizes our global resources and enhances our local strengths to deliver world-class work for our clients."

In the new structure, Millar will focus on clients and practices, and on innovation; Grønntun will focus on finance and human resources, on sales, and on performance, building on his experience managing multiple markets.

Both are focused on creating "one Hill+Knowlton," sharing best practices and intellectual property globally. "The new structure enables us to tap into the best talent regardless of geography or practice," says Millar. "It means that our teams will have access to the latest thinking, strategy and insight to help them shape meaningful and impactful careers and to deliver outstanding creative work."