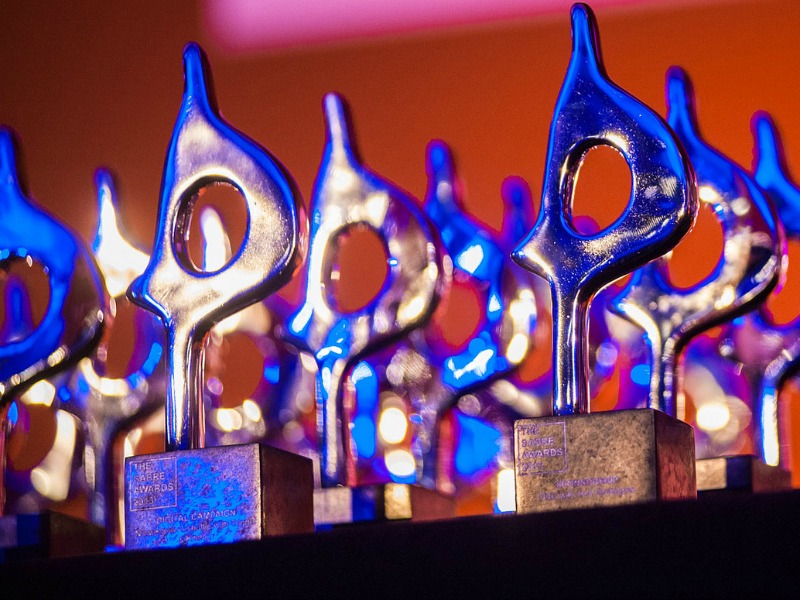 2013 EMEA Geographic Consultancies Of The Year

View our Pan-EMEA Consultancy of the Year here.

View our Specialist Consultancies of the Year here.

Magna Carta was created in 1994, the year that true democracy came to South Africa. And in the 16 years since then, the firm has been involved in several high-profile nation-building assignments: the second ANC election campaign, communicating the new South African constitution, promoting South African tourism, and several government-sponsored health education initiatives. The firm is known for the length of its client relationships: 11 years with Standard Bank, six years with Medscheme (a leading managed care provider), Tiger Brands, and The Orpah Winfrey Leadership Academy for Girls; five years with Eskom (South Africa’s national energy supplier) and Engen (petroleum products). And there was new business in 2012 from Transnet (a state-owned freight transport and logistics company), BMW (for social media strategy), TSB Sugar, Hershey’s ( a project in Ghana), Bayer Pharmaceuticals, and Rainbow Chicken.
Finalists: Burson-Marsteller, Fleishman-Hillard, Gina Din Communications, Quadrant

Benelux Consultancy of the Year: Fleishman-Hillard

Fleishman-Hillard’s Belgian operation has earned plenty of kudos over the years, primarily for its public affairs work (it helped FH to our Public Affairs Consultancy of the Year award last year). And it enjoyed another good year in 2012, adding senior expertise in energy, financial services and technology; winning new business from the likes of ExxonMobil, Baltic 2020, Export Colombia, Barclays, GM, and Honeywell; and producing its share of thought leadership. But the relatively unheralded Dutch operation also makes a strong contribution to Fleishman’s consistently expanding EMEA operations. It serves as the hub for much of the firm’s Philips business—picking up an award for its digital work last year—and for its employee communications work. It has also been a centre for much of the firm’s intellectual leadership, with crisis management practice lead and business development manager Harald Simons playing a major role in developing the firm’s new practice area and industry sector structure.—PH
Finalists: Bex*comunicatie, Edelman, Porter Novelli, Whyte Corporate Affairs

Eastern Europe Consultancy of the Year: The Practice

Two events in 2012 underscored the creative reputation that The Practice has earned for itself, out of all proportion to its size: the first came when the 15-person Romanian firm ranked among the top 15 agencies in our global Creative Index, beating several multinational agencies; the second—probably a little more bittersweet—came when founder Gabriela Lungu was recruited by global powerhouse Weber Shandwick to serve as head of its EMEA consumer practice. The firm had been responsible for several campaigns that caught the eye beyond its native Romania: establishing a new national holiday, Man’s Day, on behalf of InBev’s Bergenbier; organizing a “common people Olympics” to celebrate the athletic achievements of ordinary Romanians on behalf of Quadrant Amroq beverages; its Gusto Pufuleti campaign on behalf of snack food company Phoenix; the Crazy About Computers employee communications initiative for Tech Team Romania; and most recently the “Meet the Indestructible” campaign for Varta Romania, introducing a new, ultra-durable flashlight. Those campaigns underscored the quality of creative work coming out of the Romanian market and the ability of firms like The Practice to deliver big, bold, integrated ideas.—PH
Finalists: AMI Communications, All Channels, Ciszewski MSL, OnBoard,

Media Consulta is a remarkable entrepreneurial success story, a unique business—offering integrated public relations, advertising, and digital skills—that is largely the product of founder Harald Zulauf’s diverse interests, impressive ability to spot new market opportunities, and his restless quest for new challenges and opportunities. The firm is best known—in Germany and beyond—for its efficiency in creating and managing vast, multi-faceted public sector education and information campaigns, in both its domestic market and internationally for European institutions. But the firm is one of the 15 largest agency networks in the world and the authoritative German Pfeffers PR ranking now lists Media Consulta as the largest PR firm in Europe’s second largest market, with fees in 2011 of close to €50 million, supplemented by 2012 growth of around 15 percent.—PH
Finalists: ergo kommunikation, Faktor 3, fischerAppelt, MSL Group

Image Sept is independent—fiercely so, proud of values such as trust and integrity, flexibility and autonomy, which it believes are easier to live up to as an independent—and its focus is very much on the strategic consultancy end of the business, with an expertise in financial communications—it ranks behind only Brunswick, Publicis and Havas as an advisor on French M&A, handling 17 deals worth more than $1.5 billion in 2012)—public affairs, crisis and issues management, and internal communications. It has now grown to more than 60 people and 120 clients, including leaders in manufacturing, luxury goods, finance, retail, and consumer goods, and ranging from international corporations to CAC 40 companies to SMEs and start-ups—as well as public sector agencies. And last year saw the opening of offices in London and Brussels to support financial and public affairs support for clients outside of France.—PH
Finalists: Agence Elan, Burson-Marsteller, Hopscotch, Weber Shandwick

The Iberian market has been a tough one for both multinationals and local firms over the past couple of years, which makes the outstanding growth recorded by Marco de Comunicación over the past few years even harder to ignore. After 20 percent growth in 2011, the firm saw income increase by better than 50 percent in 2012, ending the year with fees of €5.25 million, cementing its place among the top five independent firms in the market. There’s no question that the firm is an aggressive competitor—not always winning friends in the process—but it is also capable of producing top-notch creative work, evidenced by its performance at the EMEA SABREs and the Global Mercury Excellence Awards, where it was recognized 10 times last year. The firm’s client roster includes business-to-business assignments for the Moroccan Investment Development Agency, Michael Page, Regus, Avery Denisson and InterfaceFLOR; consumer work for Unilever’s Tresemmé, Tourism of Portugal, Tourism of Madeira, Hotels.com, Norwegian Cruise Line, Disney, Grundig, and Habitat; and healthcare work for BTI, Ceva, Oi2 and Urgo.—PH
Finalists: Apple Tree Communications, Inforpress, LPM, Llorente & Cuenca

Now 40-years-old, Action Global continues to outperform its international peers in several Mediterranean markets, thanks to a strong focus on local leadership and a refreshing willingness to enter markets where others fear to tread. In 2012, for example, Action became the first international PR firm to enter post-revolution Libya, supporting an important push for the country's first democratic elections. All told, Action grew fee income to around $18m in 2012, boosted by an emerging EU practice which includes such sensitive assignments as the ‘Lets Meet Europe’ campaign for the EU in Georgia; the ‘Partnership for Peace’ programme in Palestine; an eight-market anti-smoking programme; and, the European Neighbourhood Partnership Instrument (ENPI) communications contract. Key multi-market clients are British Airways, OMV and Boehringer Ingelheim, while new business included Alpari FS, the press office of the Cyprus EU Presidency, New Zealand Trade and Enterprise and Intesa San Paulo Bank. Founder Tony Christodoulou has built a firm that has a unique Mediterranean footprint; all eyes are now on how his children Kathy and Chris intend to build on this legacy.—AS
Finalists: Barabino, INC, Ketchum, MSLGroup

From a one-man band in 2009 to a staff count of more than 70, Edelman’s Middle Eastern journey has been one of the region’s success stories, during a period when many of its Dubai-based rivals struggled in the aftermath of the global financial crisis. The firm is on course to reach $8.5m in fee income for its 2013 fiscal year, thanks to 37 percent growth. Headquartered in Abu Dhabi, much of Edelman’s growth has derived from its strong relationship with the Emirate’s communications leadership, helping it secure lucrative assignments for Mubadala, the Abu Dhabi Festival and the Yas Marina Circuit. In 2012, Edelman benefited from a reshaping of Mubadala's giant PR budget, building on its core corporate brief to add PR duties for specific Mubadala business units, including new healthcare investments such as the Abu Dhabi Cleveland Clinic. The firm’s work for the government investment extends to foreign assets such as Manchester City Football Club, demonstrating an impressive ability to manage sensitive, multi-market reputation assignments. 2012 saw it expand to Dubai and bolster its leadership team with the addition of Glencore comms head Simon Buerk and political specialist Omar Qirem.—AS
Finalists: Asdaa Burson-Marsteller, Grayling, TRACCS, Weber Shandwick

Launched late in 2010, Trigger Oslo made it clear from day one that it understood how a challenger brand could make an instant impact in the Norwegian market. The firm sought to differentiate itself from the major of PR firms in Norway and to reclaim “public relations” as a strategic discipline about engagement and relationship building. That approach worked well enough that Trigger took home to EMEA region SABRE Awards for its work in 2011—the firm’s first full year in business—the first for an event that used Sienfeld’s Soup Nazi to introduce a new soup for food producer Stabburet and the other for IKEA’s sponsorship of The Climate Challenge. The firm has grown quickly, and is on track to report fee income of €2.7 million in 2012, with a team of 18 handling assignments for H&M, Telenor, the Norwegian Red Cross, Statoil and an impressive list of 2012 wins: IKEA, Norwegian Air Shuttle, adidas, Siemens, business daily Dagens Næringsliv, Nestle, SPAR, and the Norwegian Meat Marketing Board.—PH
Finalists: Jung Relations, Narva, Prime PR, Springtime,

San Francisco-based PBN was invited by Gorbachev to open an office in Moscow, which it did on January 1, 1991. Over the next decade, the firm established offices in the capitals of Ukraine, Kazakhstan, Moldova and Latvia, focusing on the strategic end of the business, with particular expertise in public affairs and government relations (about 40 percent of fee income), crisis and issues management, and corporate and financial communications. Fees were up by about 15 percent last year, with new business from AT Kearney, Baxter International, Burger King (Kazakhstan), EasyJet, Etihad Airlines, Eurosport, ExxonMobil, Evraz, IKEA Shopping Centers Russia, NetApp, Proctor & Gamble, Rio Tinto, Sanofi Aventis, Skolkovo Innovation Center, TripAdvisors, and Yota Devices. And the firm remains the go-to agency for many corporate crises, mergers and acquisitions and public policy challenges. WPP now own a majority stake, and last year merged PBN with sister agency Hill+Knowlton Strategies—although it retains its own brand and, with founder Peter Necarsulmer still at the helm, its own character.—PH
Finalists: CROS, Ketchum Maslov, PRP, SPN Ogilvy

UK Consultancy of the Year: GolinHarris

When Matt Neale and Jon Hughes took over the GolinHarris London office in 2005, their arrival lifted the ailing operation’s staff count to a grand total of 27. By the end of 2012, the duo had overseen a breathtaking transformation of the agency, which now numbers 170 staffers after the acquisition of Virgo Health’s 60-strong team last year. Understandably, the dramatic turnaround has taken several years to reach fruition, yet 2012 marked something of a watershed for the Interpublic agency’s UK operation. Overall revenue, including Virgo and digital firm Fuse, grew by 24 percent, while the core PR business surged 14 percent, in a market where many rivals had trouble cracking double-digit growth. A plentiful new business haul testified to this momentum, with Golin winnning some of year’s most keenly-contested pitches to net major new assignments for Unilever, Cadbury, Coca-Cola, and Virgin Media. Neither should it be overlooked that London is one of the global centres of Golin’s ambitious ‘g4’ agency model, which appears to be paying off, not least via some eye-catching client work for Magnum and Persil.—AS
Finalists: Blue Rubicon, M&C Saatchi, Ogilvy Public Relations, The Red Consultancy

View our Pan-EMEA Consultancy of the Year here.

View our Specialist Consultancies of the Year here.