Please refer to our Privacy Policy for important information on the use of cookies. By continuing to use this website, you agree to this.
Home Latest How the Digital Age Is Changing Information Flow

How the Digital Age Is Changing Information Flow

The digital age has altered organizational information flows so that the line between internal and external communications is too thin for threats of punishment to seal it.

When Apple issued a memo last year warning employees they risked termination and prosecution if they leaked product details to reporters courting them on social platforms, the confidential internal communication was promptly leaked to news media. Bloomberg reported that the memo quoted an Apple product marketing executive saying, "We want the chance to tell our customers why the product is great, and not have that done poorly by someone else."

The tech giant’s move might be described as a 20th-Century response to a 21st-Century problem. According to communications professionals, the digital age has altered organizational information flows so that the line between internal and external communications is too thin for threats of punishment to seal it.

Effects extend well beyond leaks, says Sherry Scott, president of Gagen MacDonald. “What we’re seeing today is that in a diverse media environment where anyone with a phone can serve as a publisher or citizen journalist, the walls between the inside and outside of a company have all but disintegrated,” Scott says.

“Reporters can as easily latch on to a story based on a rank-and-file employee’s tweet as they would traditionally a press release, and employees are as prone to hear news about their company on Twitter as they are from their own executives,” she says. “The idea that internal and external communications can be neatly segregated has been retired.”

Secrecy today is more ideal than reality as described by Paul Argenti, professor of corporate communication at Dartmouth’s Tuck Business School. “You have to assume everybody knows everything about everything.” he says, “There’s no such thing as privacy and control of information.”

One reason for this is that everyone is so digitally networked, according to Ethan McCarty, CEO of Integral Communications and former global head of employee and innovation communications for Bloomberg. “Your average knowledge worker has more than 500 contacts on LinkedIn,” McCarty says. “Multiply that by the number of employees you have and compare that with the followers of your brand channel or traffic on your website. Chances are the network of your people is more powerful than the ownership of your channels.”


While these changes require numerous and challenging responses, the pace of response is the major effect, says Scott. “Information flow has absolutely changed in the digital age,” she says. “Primarily, it has sped up a company’s clock on how soon it needs to be prepared to engage. In the pre-digital era, companies had the luxury of time to carefully think through what, where, when and how to communicate new information with employees.”

“Today, however, news travels fast,” she continues. “Whether it’s on a company Slack channel or trending on Twitter, news anywhere can be news everywhere in an instant. While being deliberate is important, being engaged early, often and transparently comes first.”

Along with speed, transparency, culture and trust are three concepts mentioned up front by communications professionals describing strategies crafted to respond to today’s information flows.

Since all rank-and-file employees are now, in effect, potential spokespeople, training workers how and why to represent the company effectively becomes a first step in implementing an effective strategy, says LaShonda Eaddy, assistant professor of corporate communications and strategic communication at Southern Methodist University.

Eaddy says this can be part of on-boarding workers, when they’re informed of standards for workplace behavior. “I don’t think it’s a far stretch from that to say when you’re at work you represent the organization and when you’re not on the clock — you’re still representing the organization even if it’s not in an official capacity,” she says.

Culture is part of it, she adds. “If the organizational culture is one where your internal audiences know there is a culture of transparency and trust that’s a very good foundation for it,” Eaddy says. “If I believe my employer is going to be as open, honest and forthcoming as possible and be responsive, then I’ll be more comfortable expressing a concern. If I was in a place where I didn’t feel comfortable about that, I’d be more compelled to leak the information.”

Effective Responses to The Digital Challenge

Some aspects of communications remain unaltered, according to these professionals. “The foundation is the same,” Eaddy says. “We still need to know who our audiences are and tailor the information to those audiences if we want the information to be received and change behaviors. That’s the same as 50 years ago.”

But the method or channel of communications is not just different – it’s not even been discovered yet, at least in its ideal form, says Argenti. “The one key thing to write about in the article is that every corporation is searching for a tool that doesn’t exist,” he says. Platforms such as Slack, Yammer and Facebook Workplace come close but fail to provide the single-screen unified method of communication that would best fit the needs of modern corporation information flows, he says.

And, while, Apple’s example shows that threats of punishment are still front-line tools for controlling information flow, McCarty says those approaches are on their way out. “We used to be able to enforce these limitations in a hard way in an analog world,” he says “Now we need a different operating system. The operating system has to be the judgment of our people and good policies.”

Policies, not penalties, offer the most effective response to the digital challenge, Scott says. “The key to internal communications in today’s environment is to engage employees in a way that’s proactive, transparent, and provides enough information so that they feel aligned with your vision and character, equipped to judge information about the company they confront online for themselves, and inspired to advocate for the company’s reputation in the outer world.” 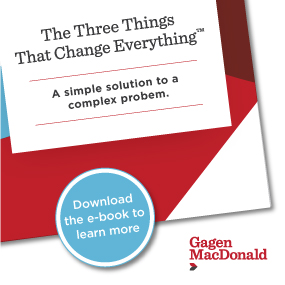 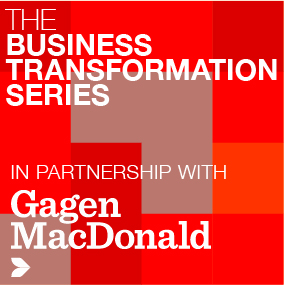