Please refer to our Privacy Policy for important information on the use of cookies. By continuing to use this website, you agree to this.
Home Latest How The European Super League Nearly Destroyed Football 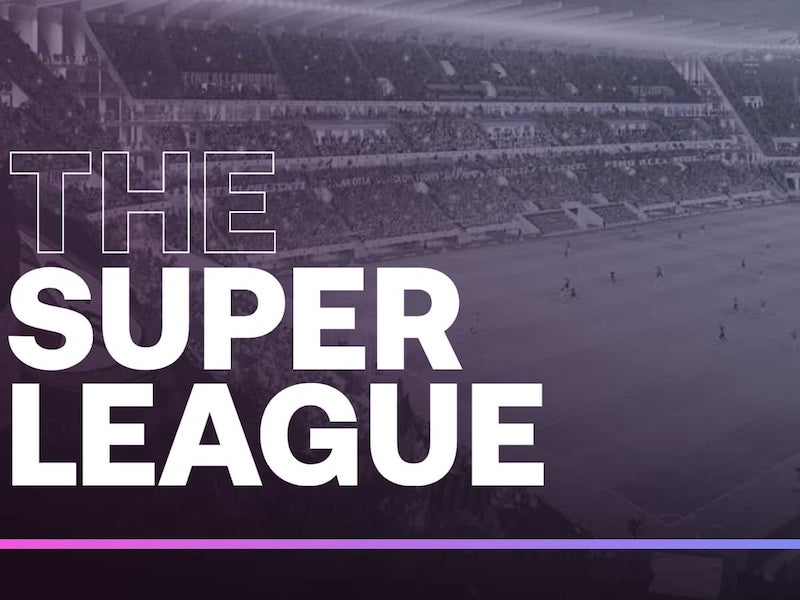 Nick Barron examines whether a better communications strategy might have helped the ESL win its argument for a new league.

So, you want to destroy football?

Imagine you’re the CEO of one of the world’s most successful football clubs, or Tottenham Hotspur.

You’re invited to be a founding member of a new European Super League (ESL) that promises to pay you a lot of money, but at the cost of destroying the competitive balance of club football, damaging the most loved and most valuable club competitions in the world, and robbing millions of fans of hope in the process.

What do you do? The obvious answer is: “Say no.”

Putting aside the moral issues, it was a commercially reckless plan, sure to alienate core fans in the pursuit of new ones. In the short term, more money and less risk were a superficially alluring option, but in the long term the Super League would have been a flop.

The world’s great entertainment brands and franchises, from Marvel and Harry Potter to the IPL and WWE are so valuable precisely because of the passion of their fans and the richness of their universes. In a world of infinite entertainment choice, new fans are drawn in by the core fans’ passion. Infuriating your loyal base and denuding the sport in pursuit of fluid fans and financial security is a flawed strategy. The financial backer of this plan, JP Morgan, even had its corporate sustainability rating downgraded as a result of its work on the ESL, just for good measure.

But let’s imagine that for some reason you thought this was a good idea. How would you sell the European Super League dream?

First, you need to seed the idea, long before you announce a fully-formed plan.

Controversial ideas are shocking, but over time, people can come to terms with them. You need to shift the Overton window of the debate with a series of early comments, journalist briefings, think tank reports and leaks of early drafts (which can be officially denied). These stories need to come from multiple sources in multiple markets, giving the plans a sense of grim inevitability – the natural response to market forces, rather than the work of any individual or group.

Second, you need to show that this plan has been developed in response to something bigger than your own commercial ambitions.

The most trusted innovations are those which solve a societal need, so what problem was the Super League supposed to solve? There was no evidence base or independent research to persuade politicians, no vision to inspire fans.

The pandemic has inflicted grievous damage to club finances, but this story was hardly told. To grow quickly, the women’s game will need significant investment from the clubs, but the ESL treated women’s football as an afterthought. In the absence of a clear rationale from the clubs, greed was the only motive that stuck.

Third, you need to pick your moment.

The news leaked just before the plan to reform the UEFA Champions League was due to be unveiled. The result of a period of protracted wrangling between the clubs and UEFA, the publication of the Champions League plan was bound to leave many fans and commentators fuming, especially as UEFA is already reviled by many.

Had the ESL’s backers waited for UEFA to launch its plan, the clubs could have unleashed their managers and players to complain about congested fixture lists, exhausted players and exploited fans – engineering a sense of crisis, to which the Super League was a necessary solution. Instead, they handed UEFA the moral high ground and the ESL plan was evaluated only in comparison to the status quo.

Fourth, you need to acknowledge the downsides of your plan and offer some mitigating measures. The English Premier League revolution of the 1990s was enabled by the offer of parachute payments to relegated clubs and funding for the grassroots game via The Football Foundation. Where was the package of measures to support clubs who would not be part of this new closed shop or to help cash-starved community football across Europe? The offer of five qualifying places each year to other leading clubs was derisory.

Finally, you need powerful voices, speaking in unison. The European Super League had no spokespeople or advocates who could offer some balance to critics like ex-Manchester United player Gary Neville or UEFA president Aleksander Ceferin, who delivered arguments of devastating power and clarity. The ESL needed former players and coaches on its side – people steeped in English, Spanish, Italian, German and French football culture, able to lend their credibility to the project. Instead, the group hid behind a press release.

The challenge of course, is that anyone trusted by fans would be reluctant to jeopardise their reputation by supporting a plan so antithetical to the spirit of the game – as Manchester City’s Pep Guardiola and Liverpool’s Jurgen Klopp showed when they publicly disavowed the plans supported by their employers. Without prominent advocates from the world of football, the faces of the ESL plan were instead American businessmen, oligarchs and investment bankers. Not ideal.

Could better communications have saved the European Super League? Probably not. A bad idea, well told, is still a bad idea. However, an effective strategy might have slowed the momentum behind the backlash and stiffened the resolve of the clubs involved.

Fans can count themselves lucky that football is such a leaky industry and the European Super League was so poorly prepared before kick-off.

Nick Barron is deputy CEO of Engine MHP+Mischief and a Tottenham Hotspur fan. He began his career working in communications for The Football Association.