Please refer to our Privacy Policy for important information on the use of cookies. By continuing to use this website, you agree to this.
Home Latest In2Summit: Internal Reassurance A Priority In The Trump Era 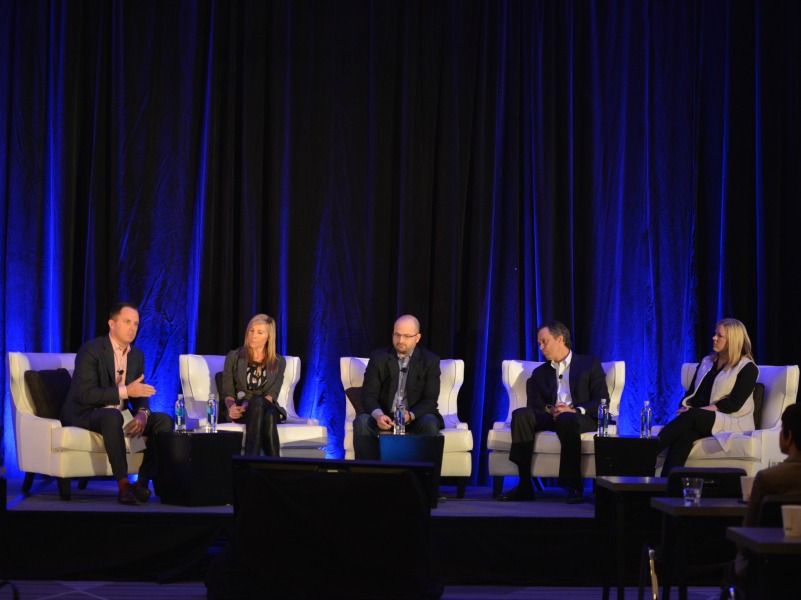 In2Summit: Internal Reassurance A Priority In The Trump Era

While many companies have found themselves in the political crosshairs many others are trying to keep their heads down and reassuring their employees.

CHICAGO—While many companies have found themselves in the political crosshairs because of the jobs they are creating, the brands they are no longer carrying, or the ads they are running during the Super Bowl, many others are trying to keep their heads down, reassuring their employees, but focusing as much as possible on conducting business as usual.

A panel on “Navigating Corporate Values and Social Purpose During the Trump Era” sponsored by Olson Engage and moderated by the agency’s CEO Brian Specht, representatives from four disparate companies were largely focused on communicating internally and avoiding the external spotlight.

“Our global workforce was surprised,” said Clarkson Hine, senior vice president of corporate communications and public affairs at Beam Suntory, speaking about the election result in November. “And at a time of change and uncertainly, when trust in media is low, we felt we had an obligation to help our people navigate change.

“We sent a note from our CEO to our entire global workforce, and we used it as an opportunity to reassure our people that we would be committed to working with elected officials and we would do guided by our values and our corporate character.”

The response at hedge fund and asset management company Citadel was similar, says corporate affairs and communications leader Julie Andreeff Jensen. “We have increased communications with employees,” she told the conference. “It’s important because people have a lot of questions and we wanted to get ahead of them.”

The big decision, she said, was on the appropriate level of communications response. “You can’t react to everything out there. You have to decide what’s worth communicating on and why, and in some cases you have to recognize that there’s a limited number of people affected and you want to communicate with them directly rather than more broadly.”

One company that has been dragged into the political realm is MillerCoors. Because Pete Coors is a well-known Republican and held a fundraiser for Trump in Colorado in July, the company is on a boycott list

“So we have to communicate with our employees around that,” said Pete Marino, chief public affairs and communications officer.

At the same time, community relations are important. “We also have partners in the African-American community, the Hispanic community, and the LGBT community and people are very concerned about Trump’s commitment to diversity and inclusion. That’s one of our corporate values and it’s very important to us. But in terms of politics, we don’t take a corporate position or a brand position.”

Denise Young, global director of corporate communications at Mars—which found itself briefly engaged in politics when the Skittles brand responded on Twitter to an anti-immigrant analogy using the candy. ““You have to have a voice as a corporate entity, on your beliefs, on your values. Our brands are being pulled into the discussion, and you need a corporate voice on these issues.

“But you need to understand when you will and won’t engage. You can get caught up in responding on an almost daily basis.”