Please refer to our Privacy Policy for important information on the use of cookies. By continuing to use this website, you agree to this.
Home Latest IN2SummitEMEA: A Special Sponsorship Drives Tolerance In The UAE 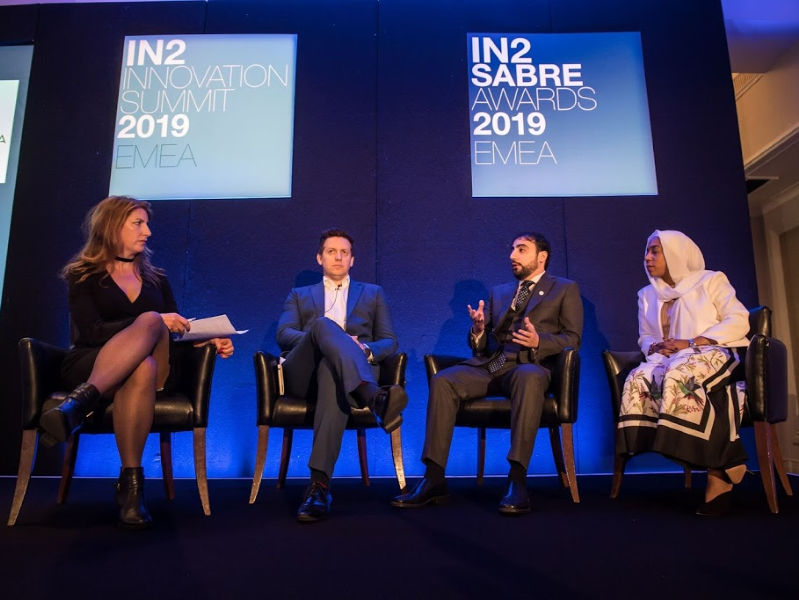 IN2SummitEMEA: A Special Sponsorship Drives Tolerance In The UAE

LONDON—“The more we talk about tolerance and diversity, the more we grow as a company and as a nation,” Mubadala Investment Company head of internal corporate relations Umayma Abubakar told the sixth annual In2 Summit EMEA this morning, during a session on “Using the Special Olympics to Build Tolerance,” which focused on Mubadala’s role in sponsoring the Special Olympics in Abu Dhabi earlier this year.

“This was not about the company, it was about demonstrating that to the world that the UAE is a culture of tolerance,” said Rashed Al Harmoodi, senior vice president and head of external corporate relations at Mubadala. “Tolerance is a value we have lived since the foundation of the UAE. About 200 different cultures live in the UAE. And Mubadala is a global responsible investor with a portfolio across 50 countries and 100,000 employees. So the value of tolerance is critical for us.”

“Our values are at the core of everything we do, and we wanted to highlight those values, like partnership and innovation,” added Abubakar.

She said that the company had first engaged with the Special Olympics—a global movement for people with intellectual disabilities—two years ago, during the regional events, at a time when the company was launching its volunteer program.

“We knew people wanted to participate in something beyond their core jobs and so we invited employees to get involved,” she said. “Employees were seconded, and worked closely with the organizers, and we found opportunities throughout the two years to allow employees to volunteer in a variety of activations, from marketing to training, often using expertise that existed in our organization.”

That was just one way in which Mubadal moved beyond “just slapping our logo” on the event, Abubakar and Al Harmoodi said.

Al Harmoodi said that when the company learned that the Brazilian national team would be unable to participate in the event—due to its inability to find a sponsor—the company believed that “everyone had the right to attend.” So the company paid for the team of more than 50 to fly to Abu Dhabi for the event. They won eight gold medals.

“We also created a documentary film, “People of Determination,” to shine a light on the determination of the participants,” said Al Harmoodi. “We featured a 14-year-old boy in the film, and we got a call from his mother, who said her son was being bullied in school. So we invited her and her son, and we filmed him engaging with athletes, and so he became an ambassador for the Games and a social media hero.”

David Sanderson, regional director, MENA, for CSM Sport & Entertainment, said he saw Mubadala’s approach to the Special Olympics as a template for other companies. “This is a model for how companies and countries can really add value to the events they sponsor,” he said. “They approached this as more than just an event, but as an event that was going to help a nation.

“They showed that you can look at a sponsorship, and rather than simply saying ‘here’s my money, where’s my brand?’ they asked how can we help, from infrastructure to volunteering to make sure that this event is a success for the country and for the company.”

One of the most impactful aspects of the sponsorship, he said, came when the UAE special Olympics football team met the Al-Jazira football team—the biggest club team in Abu Dhabi—a transformative experience for players on both sides, and for members of the public relations team.

“A lot of our team got as much out of it than the athletes did,” Sanderson said. “There is no other event that I felt as fulfilled delivering for.”