Please refer to our Privacy Policy for important information on the use of cookies. By continuing to use this website, you agree to this.
Home Latest Interview: AC Milan's CCO On Building Youth Appeal For A Legacy Brand 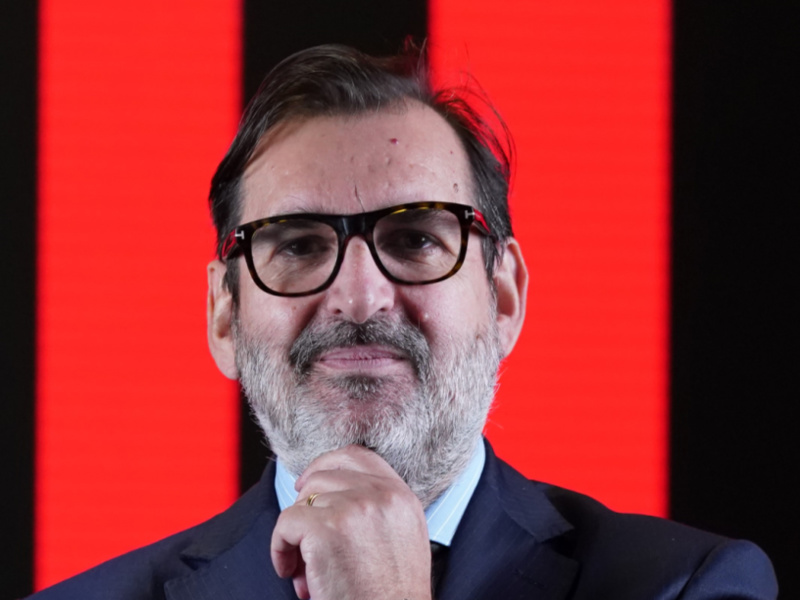 "The pandemic has forced many brands to invest in digital", says Pier Donato Vercellone, who joined AC Milan last year to strengthen the legendary football club's connection with young fans.

Pier Donato Vercellone joined AC Milan as CCO in 2020, which saw the Italian football club trying to pull out of a years-long slump during a season marked by Covid. Charged with strengthening the club’s reputation, Vercellone, on one hand, had a lot to work with; now 122 years old, AC Milan has long been Italy’s dominant team. But legacy alone isn’t enough to hook young soccer fans, Vercellone has embarked on a multi-faceted effort to reach that audience by connecting with them on a more emotional level, at a time when the club's on-field results have been less than stellar. In an interview with PRovoke Media, Vercellone shared his take on where AC Milan is at, keeping fans excited during Covid and mental health in sports. An edited transcript:

You were tasked with elevating the reputation of AC Milan. What state was the club’s reputation in when you took the position — and why?

I would say it is more about consolidating and strengthening the reputation of the club, which is still one of the best reputed clubs in the world from a brand image perspective. On this specific point, it is worth highlighting how the club has recently been found to be the best-regarded Italian football club in the USA and in China by international market research firm YouGov, a testament to the hard work that everyone at the club has been doing.

Reputation often is a multifaceted and dynamic metric. AC Milan is a glorious club, with a strong and indisputable legacy and heritage. The challenge is to add value to these iconic elements, and to introduce unique and distinctive characteristics at the same time, which can enrich its brand personality.

In regard to AC Milan, we have been working hard to improve the emotional connection with the new and the next generation of fans, through innovative initiatives and by exploring new territories, not just in the sports field, to generate curiosity, awareness and engagement. As an example, as part of our digitalization journey we launched our new website and the official AC Milan app last year to improve the interaction between fans and their club. In that direction and aimed at younger fans specifically, we also launched new communications channels, such as TikTok and Twitch. On Twitch, we are the most followed Italian club and one of the most followed in Europe with over 68,000 followers and have been the first to allow our fans the opportunity to ask questions to our coach during his press conferences, something we know our fans appreciate.

However, reputation also has a corporate side, which should not be ignored and is expressed by CSR, sustainability and governance. It is on these areas that we are positioning the club as one that has a shared corporate purpose based on values. One of the most important aspects of this is our RespACT campaign, an impactful and recognizable umbrella concept to help communicate the club's commitment to the values of equity, diversity and inclusion.

How did you go about doing that? What were the challenges/impediments?

I believe it is fundamental to be able to share our path and our narrative with our fans. Football is pure passion, with response mechanisms that can often be polarizing. We must be able to keep our emotional bond with our fans stable and constant. We cannot afford to bring to life our brand values just when the team is performing well on the pitch, but we must be able to rebalance all elements on a continuous basis, always keeping in mind that highs and lows, victories and defeats, are part of sports. Of course, winning is fundamental, but it is not the only important thing. Our brand has an institutional value, with a unique strength. If we stay true to our values and our style, we will be able to keep the trust and respect of our fans, and not just them.

What were the opportunities you had in accomplishing your goal?

Football offers unique and incredible opportunities. It is a powerful tool able to reach millions of people all over the world, sharing the same passion, messages and values of a community. The digital transformation and the digitalization of the club is allowing us to reach our fans with ever engaging content, and with our new studios we are able to realize innovative productions and share content on a continuous basis. Moreover, I believe AC Milan has the opportunity to become a trending brand, a trendsetter and a pioneer for cross-cultural activities.

As an example, in 2020 we started a vibrant collaboration with a leading entertainment company, Roc Nation, which was the first real crossover between a football club and an entertainment company. In May 2020, during the hardest moment of the pandemic, we created the 'From Milan with Love' live streaming event that was organized as a thank you to all the doctors, nurses and healthcare workers who have been fighting on the frontline against Covid-19, which saw the participation of fantastic artists such as Alicia Keys and helped bring the AC Milan brand to people who are not necessarily football fans. For the record, the event recorded more than 50 countries linked, 2.5m views in total including 2m through AC Milan’s official channels and picked up the Leaders of Sport ‘Live Experience 2020’ award. We then organized the ‘From Milan with Love: Next Gen’ event with a powerful message: champion emerging talents in this very complex period for the whole world and for the future of our young people.

Are football fans a tough crowd to please?

Those who love expect a lot and we want to give it all and to work day in and day out to offer ever more intense excitement. I believe our fans are appreciating this effort from a comms perspective.

How have you been able to manage football fans’ intense love of the sport, with the concerns and restrictions of Covid?

I believe the pandemic has forced many brands to invest in digital communication to be able to interact with their customers and clients. Football is a sport that can be best lived in a stadium, where only 60/70 thousand people can be present in person. However, we have over 500 million fans across the globe and we must be able to engage them as well to offer the excitement of football, of the game and of the AC Milan universe. Covid has accelerated the digital transformation and today we can call ourselves a media company, able to offer entertainment and high-quality content. Surely, empty stadia have detracted from the magic of football, but I believe we have been able to keep a strong connection with our fans.

Simone Biles put a spotlight on athletes’ mental health. Is that something football clubs and leagues are paying attention to?

Unfortunately, we often think of athletes as invincible heroes and role models with no issues. However, they are all human beings, often very young or grown up fast, who have their own weaknesses. The mental aspect is fundamental, and it is something that must be looked after carefully, especially in a team environment. Our coach, Stefano Pioli, is particularly focused on this, with a professional preparation on this aspect. Unlike football, other sports explode during big events (such as the Olympics), which become the only important opportunity after years of training and sacrifices, where you cannot make mistakes. I believe Simon Biles’ story has contributed to making a big event, which can have its contradictions, more human.

What keeps pro soccer from enjoying the same kind of popularity in the US as it has in the rest of the world?

I would like to point out how women’s football is an important reality in the US, well known at an international level. We are also becoming accustomed to seeing more and more US players in men’s football playing in European teams. Other sports that are typically American, such as American football and baseball, are not as popular in Europe. We must respect traditions and the way fans consume sports, but it is also important to learn from best cases and experiences that can add value to both fronts. An example of this is the MLS, which has been able to increase the interest in football, at a business level and beyond.