Please refer to our Privacy Policy for important information on the use of cookies. By continuing to use this website, you agree to this.
Home Latest Journalists Remain Overwhelmed & Underwhelmed By PR Pitches: Study 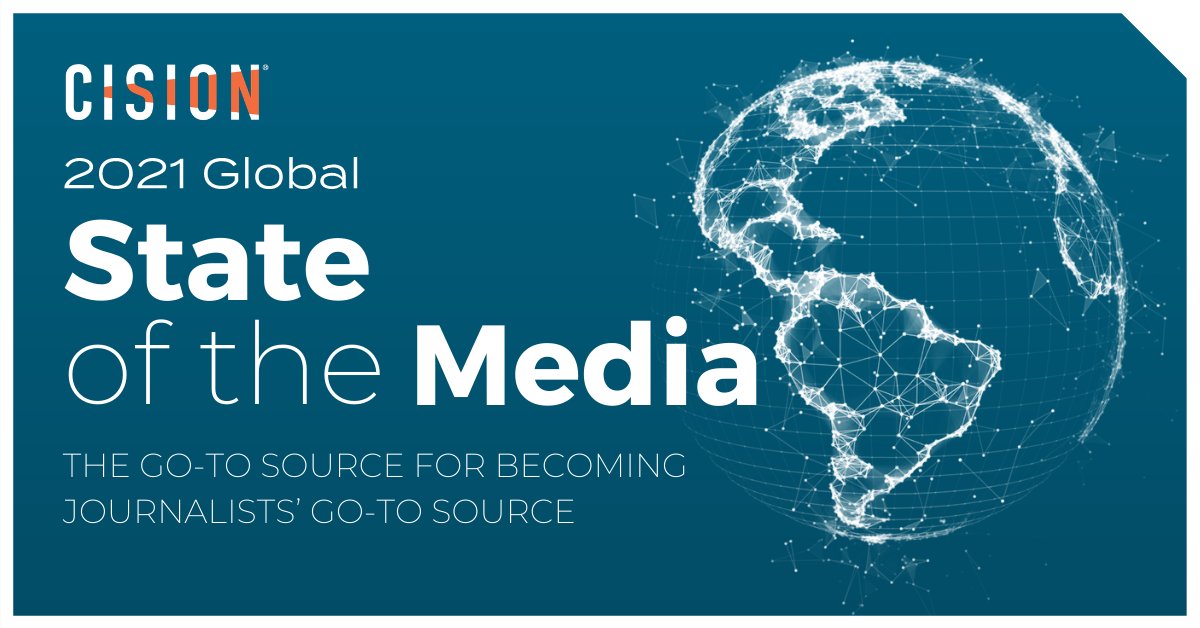 The 2021 Global State of the Media Report by Cision explores Covid’s impact on the evolving global media landscape and the shrinking newsroom.

CHICAGO — With a seemingly infinite supply of crises, 2020 made an indelible mark on newsrooms around the world. A host of challenges continue to influence the media today – from editorial strategies and work behaviours, what journalists want and expect from PR professionals and how PR teams can be better partners to reporters.

Cision surveyed more than 2,700 journalists in 15 countries around the world to reveal the top challenges impacting the media today, technology's influence on the way journalists evaluate stories, the types of stories journalists are looking for this year, the best and worst days and times to pitch and follow up, their pet peeves and some insider tips to build and maintain successful partnerships with journalists.

Journalists' views on public trust in media remain weak, with more than half (53%) of reporters feeling that the public had lost trust in journalism over the last year. Yet, some 36% of the journalists also felt confident that the new Presidential administration will help rebuild public trust in the media, which had deteriorated between the White House and many media outlets in the past four years.

Censorship was a significant concern among journalists worldwide, with 46% predicting a continued deterioration in the freedom of press over the next three years. With 1 in 4 journalists receiving more than 100 pitches per week, most of which were deemed irrelevant, the survey revealed that journalists were both overwhelmed and also underwhelmed by press materials. However, a sizable percentage of reporters said they liked receiving press pitches on Friday, Saturday and Sunday.

Nearly half of journalists post-Covid are covering more than five beats and filing 7+ stories per week. To help make their jobs easier, 78% said they are looking for press releases and original research (68%), together with multimedia assets like photos, videos, infographics and invitations to events and interviews with experts.

The report also suggested that journalists expect PR pros to anticipate, monitor and quickly act on trending stories. With increased competition for eyeballs, journalists are assessing stories for “it factor” that will translate to traffic, social shares and ultimately grow ad revenues. Among some of the pet peeves were receiving spam, marketing brochures in the garb of pitches, a lack of transparency and repeated follow-ups with little or no response.

Cision CMO Maggie Lower said that the global media landscape is evolving in the face of highly-fragmented, 24/7 news consumption, shrinking newsrooms and the influx of non-traditional influencers. “After a year like no other, the partnership between the media and PR pros and the technologies they use to develop and distribute content are becoming even more critical. PR teams who are not actively using data intelligence to promote their campaigns are at risk of falling behind as they compete to have their stories heard.”