Please refer to our Privacy Policy for important information on the use of cookies. By continuing to use this website, you agree to this.
Home Latest KFC & Ogilvy's 'Michelin Impossible' Wins Best In Show At 2020 Asia-Pacific SABRE Awards
PRovoke Media

BCW and Edelman top all agencies with eight SABRE Awards, alongside impressive performances from AKA Asia, BlueFocus, Dentsu, FleishmanHillard, Innocean and Ogilvy. 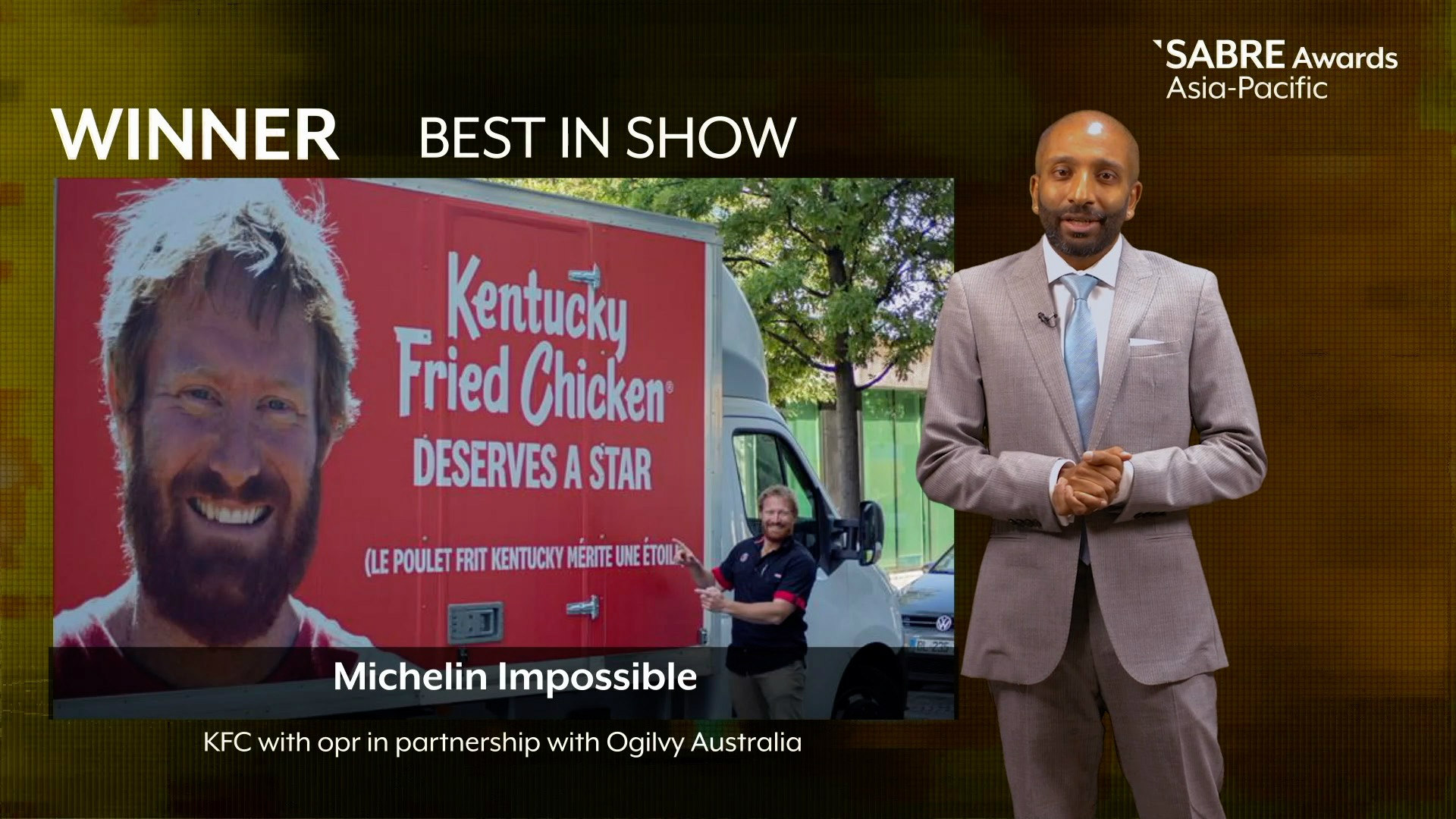 SINGAPORE — KFC and OPR/Ogilvy took home the Platinum SABRE Award for the best public relations campaign at the 2020 Asia-Pacific SABRE Awards ceremony, which took place virtually earlier today, attracting hundreds of viewers from across the region.

'Michelin Impossible', described as "joyous, fun and inventive" by judges, helped to successfully reframe perceptions of the KFC brand in Australia, using creativity and insight to spur impressive sales returns. The campaign beat out five other Platinum nominated campaigns for the Best in Show honors:

Clients of BCW and Edelman won the most trophies, with eight Gold/Diamond winners each, ahead of Dentsu (7), BlueFocus Digital (5), AKA Asia, Innocean and Ogilvy (4 each), and FleishmanHillard (3).

2020 Asia-Pacific Consultancies of the Year can be found here.

Also honoured at the show were IN2 SABRE Award winners, which were announced earlier.