Please refer to our Privacy Policy for important information on the use of cookies. By continuing to use this website, you agree to this.
Home Latest Kourtney Evans: 'Why Is PR Such A White Field?' 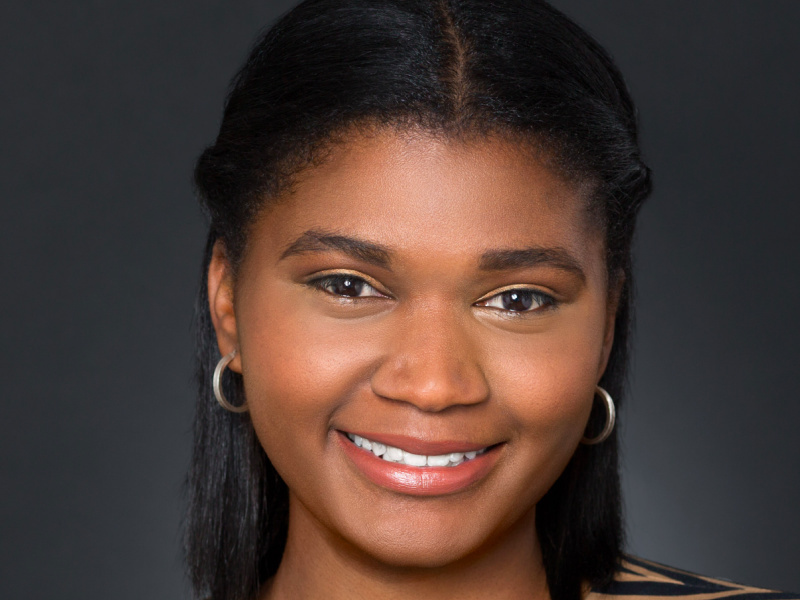 Kourtney Evans: 'Why Is PR Such A White Field?'

An interview with Bospar account supervisor Kourtney Evans continues our series of discussions with people about racial inequity in the PR business — and what the push for change means to them.

Kourtney Evans joined the PR industry five years ago to “help people share their dreams and business goals” despite knowing full well that that the filed lagged in diversity. Evans, a Bospar account supervisor, said her tenure in the field has been marked by multiple instances of feeling “isolated” due to being the only Black person, be it in a boardroom or pitch, or at an industry function. Though Evans said she’s seen the diversity needle move little during that time — and not convinced the agency world has the wherewithal to make big strides on its own — she is undeterred. “I’ve never let being the only Black person in the room stop me — ever,” she said.

Were you aware of the lack of diversity in the PR industry when you decided to go into the field?

Very much so, just based on the demographics of my (college) classes. San Francisco State is a very diverse school, but as you get into more of those PR and marketing classes you really start to see the number of minorities starting to dwindle. The diversity in the classroom got smaller and smaller as I got into upper level classrooms. It’s no surprise it continued as I’ve been in the industry.

Clearly that didn’t deter you.

I’ve never let being the only Black person in the room stop me — ever. I was just more so questioning why. Why is this such a white field?

Critics say the industry has to reach out to students of color so that they know about opportunities in PR, as going into communications isn’t a traditional career path for Black professionals. Is that a fair assessment?

I feel like in the Black community, it’s kind of the stereotypical jobs that lead to success — doctors, nursing, engineering — we are supposed to pursue and not those on the creative spectrum. It’s not something that is not held to as high a standard. Which is I always find fascinating because, when you think about it, black people — we are the culture. We influence so much of mainstream culture yet we’re not the ones in those boardrooms making those decisions. My entire life I wanted to be a lawyer.  But when I got to college I realized I could tell stories and help people share their dreams and business goals through press coverage.

You’ve now been working in PR for five years. How have you experienced the lack of diversity?

There has yet to be a boardroom that we walk into where I am not the only Black person. At PRSA mixers, networking groups, it is very, very rare that there is someone else there who is not white.  PR is a very cookie cutter industry. As a minority, if you are able to fit into that CC, great. And if not, that’s where isolation comes in.

I have felt it multiple times. Being in a room and being the only person of color, yet everyone kind of looks at you like you are the voice of all Black people and I am absolutely not. I can only tell you my experience, what I think, but not what Black people think. I don’t have that power. Or being brought into a presentation to make it seem like we are more diverse than we are. I know that’s a reason I have been brought into some client meetings. I’m damn good at my job. So part of me that wants to do what’s best for the team to win this business. But then there also is a larger question leadership needs to handle: Why is Kourtney the only Black woman at this agency and what are we going to do to change that?

Yet agencies have been taking steps to do that for years. Why has there not been more progress?

I feel there’s been a lot of lip service. Over the past two months, we have seen white people’s brand new awakening to racism. Where have you been? A lot of companies put out statements, but it didn’t move me at all. You wrote a beautiful, profound letter saying why diversity is important for your company. But usually the pen stops there. The PR industry is kind of like society at large. Why weren’t we united in condemnation of police brutality? Why wasn’t everyone in solidarity with their Black peers? You question: Do they get it? Do they care?

Does the industry have the wherewithal to change?

The optimistic side of me would like to think that. But I personally don’t think change in the industry will come until those in corporations say, hey, the population landscape is changing, and until your team that is going to service my account is reflective of the consumer base, you won’t have that account. That’s when you will see change. I don’t think change is ever going to come on the agency side based on it being the warm and fuzzy thing to do. Because if that was the case, you and I wouldn’t be having this conversation.

You can read earlier interviews in the series here:
Suresh Raj: 'Just Hiring People Of Color Isn't Going To Do It'
Cheryl Overton: 'We Can't Wait For Everyone To Grow Up In The Business To Make Changes'
Amber Micala Arnold: 'Accountability Is One Of The Industry's Biggest Problems'
Teneshia Jackson Warner: 'There Is No Longer A Path For Ignoring The Impact Of Racial Injustice'
Helen Shelton: ‘PR Has Been Benefiting From Black Consumers For Decades’