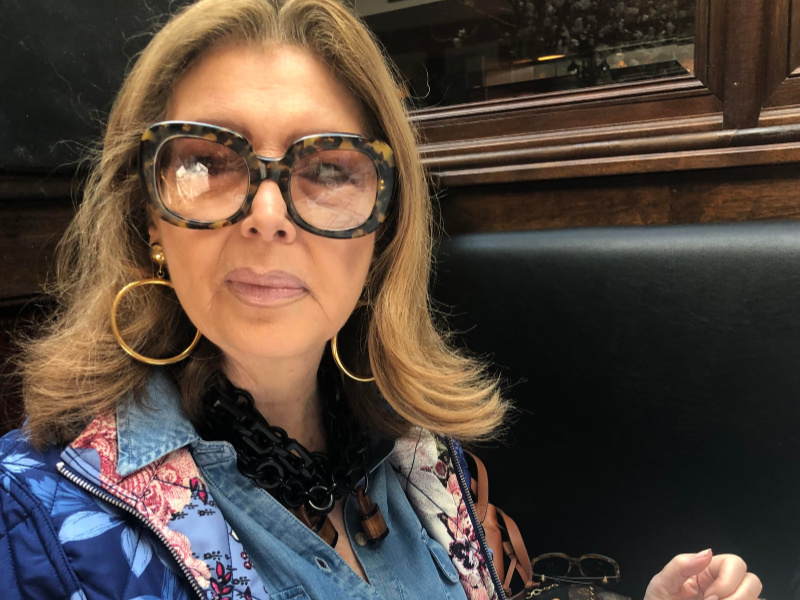 The Lippe Taylor founder has been at the forefront of positive changes in marketing to women and the role of female executives in the PR industry.

When Maureen Lippe launched Lippe Taylor more than 30 years ago, marketing to women was a very different discipline—a glance at ads from that period make it clear that many companies were happy to bully and manipulate their female customers—and the women in the PR industry, while a majority, were still largely second-class citizens.

Over the course of her career, Lippe has been in the forefront of correcting both of those problems. Her firm has been a pioneer in new approaches to marketing consumer and healthcare products to women, and she has been a role model and a mentor to many of the women who now hold leadership positions in the industry. For that reason, she will receive one of our SABRE Awards for Outstanding Individual Achievement during our online awards ceremony on May 28.

But she has also provided support and guidance to younger women (and men) entering the profession and honing their professional skills. Lippe Taylor has long had a reputation as one of the industry’s top employers, with a culture of consideration, collaborating and creativity. In 2016, she launched an executive dinner series that brought together female leaders from otherwise competitive PR agencies to talk about the issues they faced. That group has now become a national program called “The SHEQUALITY Project,” sponsored by the PRCouncil.

Says Barby Siegel, CEO of Zeno Group:  “The SHEQUALITY initiative leads a new conversation for all of us—both men and women—to ensure that the future generation of female leaders have the mentorship and opportunity to build their careers and realize their ambition, whatever that may be.”

M Booth chief exec Dale Bornstein says Lippe is “among those women in our industry who paved the way for so many of us.” Karen Van Bergen, who serves as dean of Omnicom University, says “Maureen Lippe… has always set the bar high for amazing PR work and above all been such a leading example and mentor for women in PR.” And Ketchum CEO Barri Rafferty adds that, “Maureen is an iconic leader in the industry… She has led a successful firm through multiple decades.”

Beyond the PR industry, Lippe has worked with organizations such as Save The Children, Unicef, Look Good / Feel Better, Women In Need and the Step Up Network for Girls. She has been honored by the United Cerebral Palsy Foundation as a “Woman Who Cares” and was the only non-physician member of the Skin Cancer Foundation board. She also spearheaded IKEA’s “Soft Toys for Education” partnership with Unicef and Save the Children, which reached a million disadvantaged children in 17 different countries.

Lippe began her career as a fashion editor at Vogue Magazine and then served as beauty and health editor at Harper’s Bazaar where she was the first editor to incorporate health content into beauty pages. She later became a spokesperson for major brands including Clairol, Dove, and P&G, and an on-air personality for ABC-TV’s “Live with Regis Philbin.”

Lippe is married to Gerald Taylor, former publisher of National Lampoon, Harper’s and Spy magazine and general manager of Lippe Taylor, Aand is the proud mother of Nicholas Taylor.