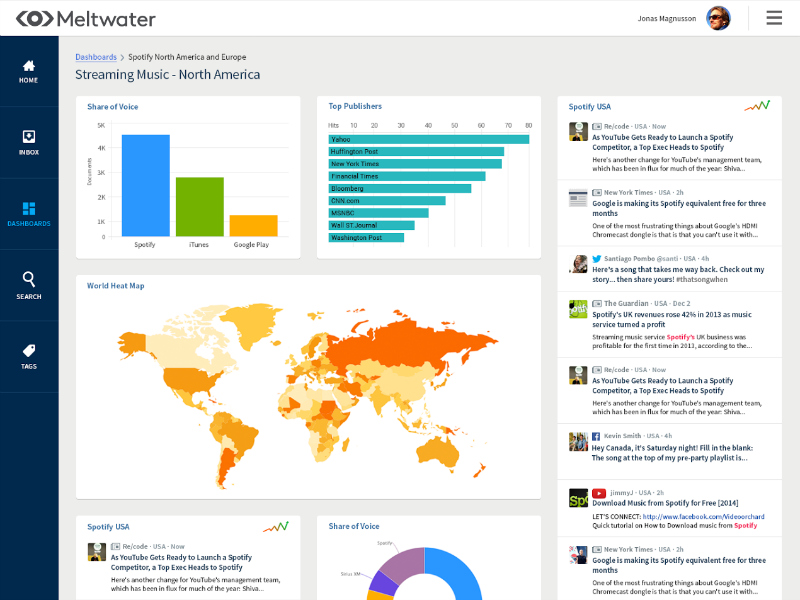 The monitoring company is looking to raise its global profile after debuting a $25 million product upgrade earlier this year.

SAN FRANCISCO — Meltwater has consolidated its global PR efforts with Burson-Marsteller as it expands beyond capturing brand mentions into the broader social media monitoring business.

“The key narrative is, Meltwater is a media intelligence platform that we’ve spent the last two years — and $25 million — to reimagine from the ground up,” Meltwater CMO Valerie Fawzi, who joined the company last August, told the Holmes Report. “We’ve gone beyond media monitoring to an integrated  platform.”

According to the company, Meltwater services about 23,000 customers — including Apple, Microsoft and Coca-Cola — across 50 countries. It is reported to take in about $200 million in revenues. Meltwater has worked with agencies in various regions, however, this is the first time it has rolled out a global strategy across markets.

While its overall global narrative will be anchored in its new offerings, the message in each market will be adjusted to account for Meltwater’s regional brand recognition. For instance, Meltwater is well-known in its original home-based in the Nordics, but is in early stages of awareness in Hong Kong and Latin America.

Last year, the European Union Court of Justice ruled in favor of PRCA and Meltwater in their long-running dispute with the Newspaper Licensing Agency (NLA) over the copyright status of online media stories.

Meltwater has been in North America for seven years and has moved its headquarters to San Francisco but is still “getting the word out” in this market, Fawzi noted.