Please refer to our Privacy Policy for important information on the use of cookies. By continuing to use this website, you agree to this.
Home Latest New Jersey's Covid-19 Campaign Wins Best In Show At North American SABREs 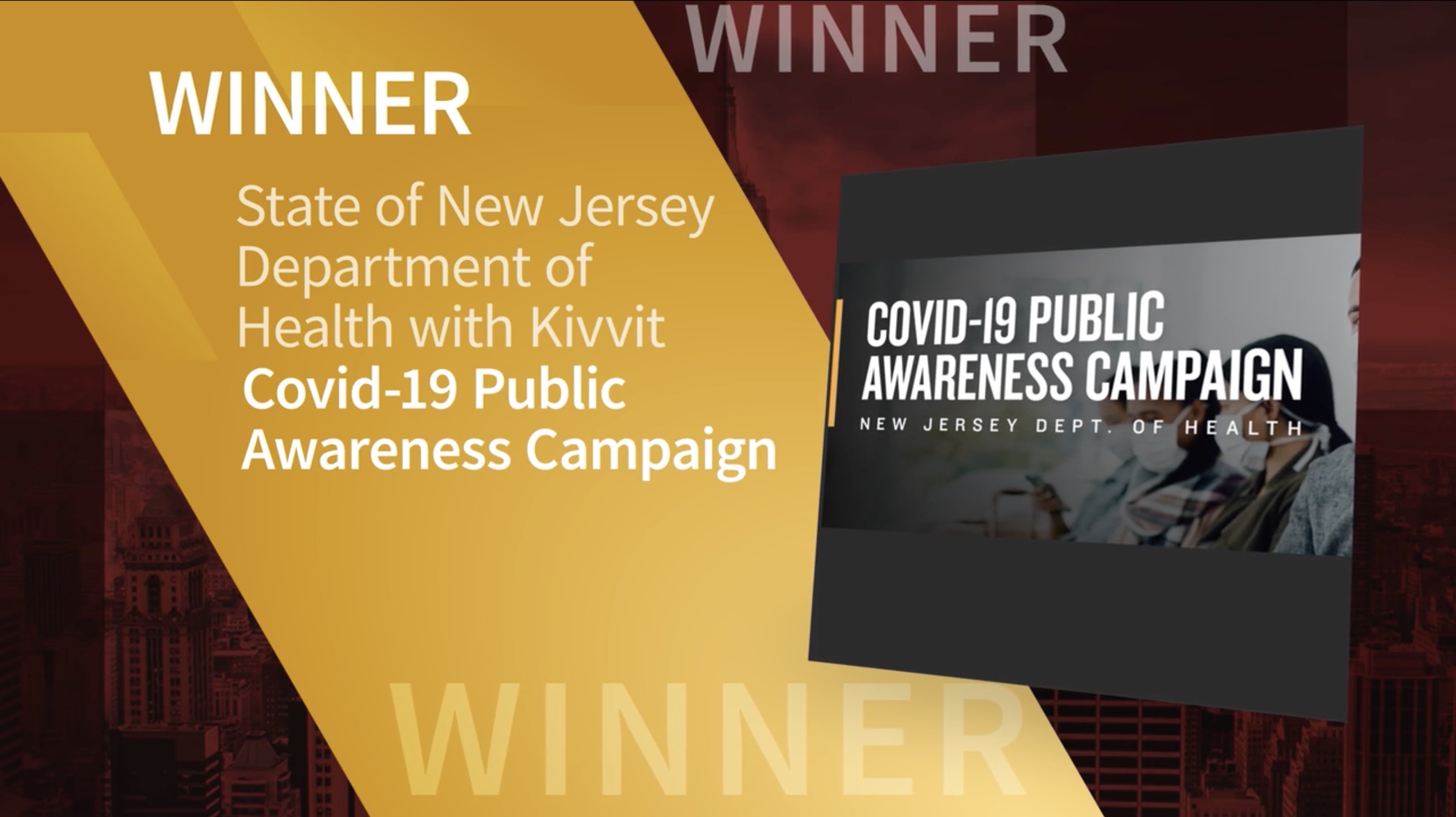 The biggest winner was Ketchum, which took home five trophies for its clients; followed by Kivvit, M Booth, MSL, and Weber Shandwick with four each

The Platinum award was presented for the state’s Covid-19 Public Awareness Campaign, which chair of the SABRE judges Paul Holmes described as “everything our judges are looking for in a modern 21st century public relations campaign. It was data-driven, with sharp insights and impressive creativity across multiple channels, and—most important—it resulted in real, measurable behavior change. It’s no exaggeration to say that this campaign saved lives.”

The Covid campaign beat out four other finalists for the Platinum award, and Holmes said that from among the panel of 10 client-side judges who voted for the Best in Show winner, all five finalists received at least one first-place vote. “There was some exceptional work, and in a different year and one of the top five campaigns could have taken home the biggest prize.”

The finalists for Best in Show were
2. Ford F-150 Lightning Reveal—Ford Motor Company with Imagination
3. Boards of Change—City of Chicago and When We All Vote with Current Global & FCB
4. Claiming New SPACES for People Living with Disabilities—Genentech with Syneos Health Public Relations
5. Midol No Apologies Period—Midol and Bayer with twelvenote

On a night when 80 SABRE trophies (Silver, Gold, Diamond and Platinum) were handed out, the biggest winners were Ketchum and Weber Shandwick, which took home five trophies each for their clients; followed by Kivvit, M Booth, MSL, with four each; Bospar, Edelman, FleishmanHillard, and No Fixed Address with three each; and Current Global, Highwire, ICF Next, Proof Strategies, Real Chemistry and Small Girls PR with two apiece.

“Throughout the pandemic and the lockdown, we marveled at the resilience of the public relations industry and its ability to develop big, creative, effective ideas under the most challenging circumstances,” said Holmes. “It was exciting to be able to celebrate so much great work, and even more thrilling to be able to do it in person, at a live event, attended by sp many of our friends from within the industry.”

A complete list of all the winners can be found here.