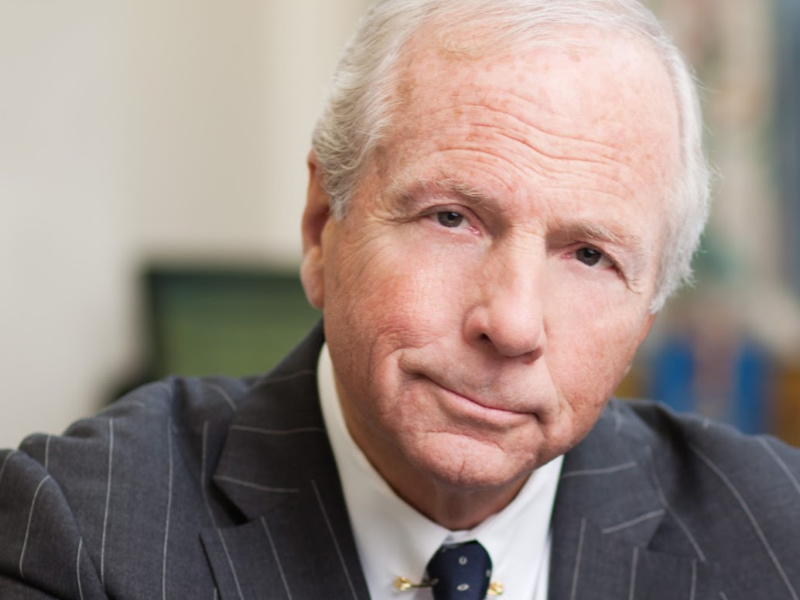 NEW YORK—James Abernathy, founder of leading financial public relations firm Abernathy MacGregor and a pioneer in the high-stakes mergers and acquisitions communications business, died on November 17, as a result of complications related to treatment of lymphoma. He was 78.

James Logan Abernathy was born on January 23, 1941 in Kansas City.  After graduating from the Hackley School in 1959 and then attending Brown University, he served in the United States Marine Corps Reserve until 1965.  Following that, he became editor of several broadcasting trade publications and then held senior communications and investor relations roles at ABC, CBS and Warner Communications.

In 1984, he founded Abernathy MacGregor with Jim MacGregor, growing the firm to become one of the world's leading strategic and financial communications agencies, with more than 70 employees with offices in New York, Houston, Los Angeles, San Francisco and Washington, DC, and a reputation that extended beyond investor relations and M&A support to include a wide range of special situations including bankruptcy and litigation support, CEO transitions, and other crises.

Abernathy MacGregor became part of global media giant Havas in 2000 and shortly thereafter, Abernathy founded and became co-chairman of AMO, a global network of corporate and financial communications consultancies that included C&O in France, Maitland in the UK, and Hering Schuppener in Germany.

Beyond the PR industry, Abernathy was an overseer of the Brown University School of Medicine, a Trustee Emeritus of the Hackley School, a Director of The World Policy Institute, Past President of the Investor Relations Association, former director of Episcopal Charities and a founder of Americans for Humanitarian trade with Cuba.

He was particularly known for his work with individuals suffering and recovering from alcoholism. In addition to personally helping a great number of alcoholics and addicts, he was former chairman of The Caron Foundation of New York City and former chairman of The National Council on Alcoholism & Drug Dependence. He helped to establish an alcoholic and drug treatment program in the former Soviet Union in 1988.

In a statement, Abernathy MacGregor said, “Jim has been the driving force behind our success, our cultural leader and the moral compass of our firm for more than 35 years. We will miss his unwavering commitment to clients and employees, his innate sense of what is right and true, his inimitable charm, tremendous kindness and his terrific sense of humor.”

Abernathy is survived by his wife Kevin, three children and four grandchildren. Memorial donations may be made to The Caron Foundation at Caron.org.