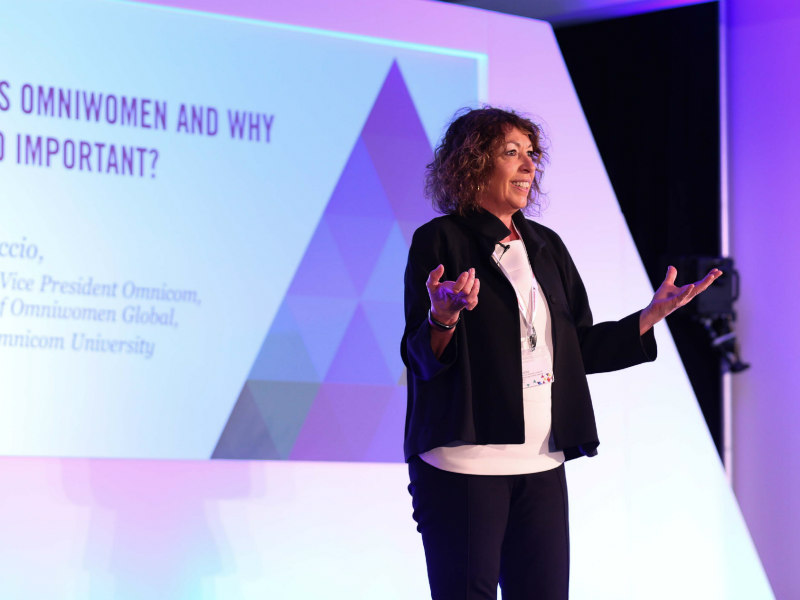 Riccio died last week after a yearlong battle with ALS.

Born in Bridgeport, Connecticut, Riccio attended Cathedral High School and graduated from Boston University with a degree in healthcare administration. She began her career in the mailroom of a small advertising agency in Fairfield, Connecticut, but soon left the mailcart behind and set her sights on the corner office.

Her nearly four decades-long-career took her from Arnold in Boston, to DDB Chicago, where she eventually rose to become SVP and international group account director at DDB Worldwide. In that role, Riccio travelled the globe directing the McDonald’s business in 44 countries outside the US.

Riccio joined Omnicom in 2004 as EVP with oversight responsibility for many of the group's largest clients. In this role, Riccio fostered and facilitated integrated solutions through multiagency collaboration, building on her outstanding people skills.

"Riccio was relentless in making Omnicom University a vital learning tool for executives, working tirelessly even after she was diagnosed with ALS," said an Omnicom spokesperson.

A notable advocate for women, Riccio launched Omniwomen in 2014, helping to turn it into a global movement with chapters worldwide. The Omniwomen Global Advisory Council, which she chaired, is populated with some of the most senior women leaders in Omnicom,  driving the advancement of women to senior leadership roles throughout the Omnicom network.

Outside of work, Riccio philanthropic pursuits included co-chairing the board of directors of the New York Women’s Foundation, the nation’s largest Foundation focused 100% on bettering the lives of women and their children. She was also a member of the advisory board of Take the Lead, a national organization dedicated to women in leadership. In the last few years, Riccio also became a champion of Project ALS, a foundation dedicated to finding the first effective treatments and a cure to the disease that ultimately took her life.

In keeping with Riccio’s wishes and in lieu of flowers, donations her honor may be sent to either Project ALS or The New York Women’s Foundation.