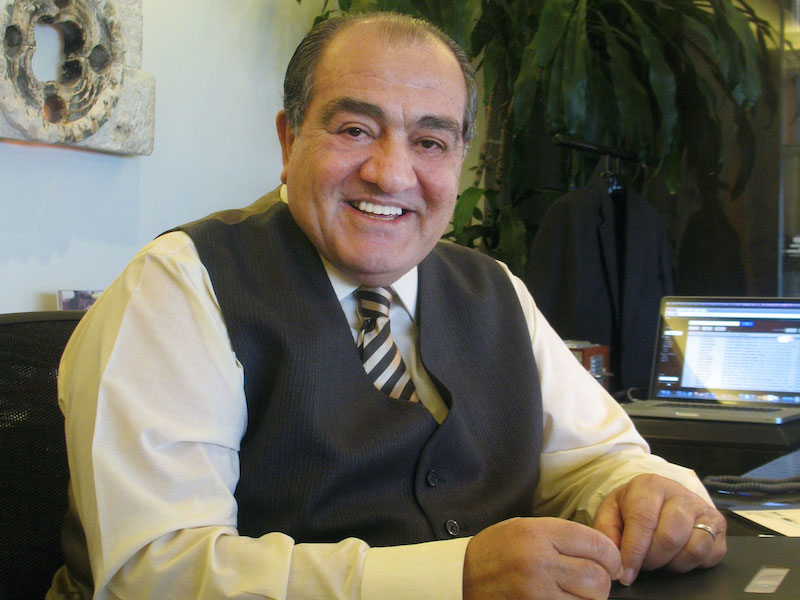 The founder of MEMAC and a leading light of the communications industry in the MENA region has died aged 77.

DUBAI — One of the most influential marketing figures in the Middle East, Edmond Moutran, the founder and chairman of Memac Ogilvy, has died aged 77.

Known affectionately to his friends and colleagues as Eddie, Moutran was a pioneer of the MENA communications industry and the first Lebanese advertising professional to work and open an agency in the Arabian Gulf.

Born in Beirut in 1944, Moutran studied at the Choueifat International College, prior to leaving for the US to complete a business and marketing degree at South West Missouri State University. After graduating, he joined the Bahrain-based firm Intermarkets — the oldest advertising group in the Middle East — in 1973 and was entrusted the task of establishing the group’s first regional office.

In 1984, he founded his own agency, Middle East Marketing and Communications, better known as MEMAC. Two years later, Moutran added an international dimension to MEMAC’s operations through an affiliation with Ogilvy & Mather.

MEMAC would go on to officially partner with the WPP agency 12 years later – in 1998 – with Ogilvy acquiring a minority equity ownership stake in the business renamed as MEMAC Ogilvy. In the intervening years, Moutran expanded the agency across the region, with a presence in Saudi Arabia, the UAE, Lebanon, Egypt and Kuwait, as well as Tunisia, Morocco, Algeria, Qatar and Jordan.

In 2000, Moutran launched media agency, Mindshare, in partnership with JWT MENA. Ten years later, he launched Ogilvy Action, known today as Geometry. And in 2011, MEMAC Ogilvy partnered with Grey and JWT to acquire a stake in Mediacom.

In 2013 Moutran sold a majority share of his agency to Ogilvy and in 2017 Moutran stepped down as CEO, leaving the position to Ogilvy veteran Patou Nuytemans. Moutran maintained his position as chairman of MEMAC Ogilvy.

Having helped put the Middle East and North Africa on the communications map, Moutran’s influence extends across the region: the network of agencies he forged spans 13 countries, 28 offices and employs more than 1,000 people.

He was the honorary chairman of the Al Nahda Charity Foundation, a Lebanon-based charity that supports the livelihood, healthcare and education needs of more than 170 families. He was also one of the main donors and supporters of the Syriac Orthodox Church and chairman of the Saint Severius College in Lebanon, where he demonstrated his belief in the importance of education.

Moutran was a keen swimmer and yachtsman, and had a passion for motorsports, including sponsoring 24-hour racing teams across the region.