Please refer to our Privacy Policy for important information on the use of cookies. By continuing to use this website, you agree to this.
Home Latest Obituary: Robert Leaf, Pioneering International Public Relations Executive 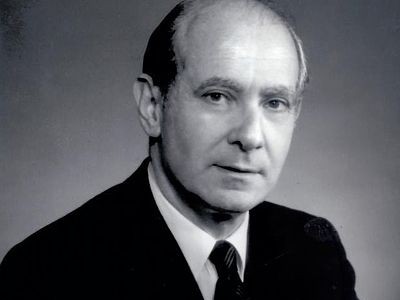 Robert S Leaf, for a quarter of a century the international chairman of Burson-Marsteller, played a unique role in the development of public relations as a truly global discipline.

LONDON—Robert S Leaf, for a quarter of a century the international chairman of Burson-Marsteller, played a unique role in the development of public relations as a truly global discipline. He died last week, just a few weeks shy of his 90th birthday.

Bob Leaf—as he was known to everyone who came into contact with him—was a well-read, quick witted garrulous New Yorker, but he was adopted as an honorary native everywhere he went, ultimately setting in London and becoming a recognized and popular figure at a host of arts venuses, museums and theaters around the city.

Leaf graduated from the prestigious school of journalism at the University of Missouri, initially planning a career in sports journalism but growing convinced during his time at the school that advertising and public relations were the disciplines of the future. After graduation, he served in the US Army for two years as an information and education specialist, and then for a short time as a show business publicist (clients included Milton Berle and Tony Bennett) before joining Burson-Marsteller in 1957 as its first trainee—and one of just six employees at the firm.

He rose quickly through the ranks at Burson-Marsteller—which was on its way to becoming the largest public relations agency in the US, and eventually the world—and his interest in international affairs made him a natural choice to lead the firm’s overseas expansion, while his ability to win friends made him an ideal negotiator when it came to buying overseas firms.

Leaf helped establish Burson-Marsteller’s first international office in Geneva and then served as vice president, international, for BM in Brussels and as chairman based in London, but he was responsible for opening offices in far-flung markets including China (he signed an agreement with the Chinese Government in the Great Hall of the People in Beijing, establishing the first Chinese public relations firm), Japan, Russia and the Middle East and is widely credited with introducing the US approach to public relations to markets around the world.

Upon his retirement from BM in 1997, he elected to stay in London with his wife Adele Ornstein, who he had met in junior high school and who was by the time of his retirement working as a guide at the Victoria & Albert Museum. He launched his own consulting business, working with clients including a lawyer for jailed former Yukos chief executive Mikhail Khodorkovsky and BM, which continued to seek his advice long after his official departure.

He also continued to give his time generously as a mentor to young professionals, as well as to several non-profit causes.

In 2000, Leaf was presented with the first ever Alan Campbell Award for outstanding contribution to international public relations by the Chartered Institute of Public Relations and in 2011 he received the Missouri Honor Medal for Distinguished Service to Journalism from his alma mater. In 2012, he published a memoir, The Art of Perception.

Leaf had experienced health problems over the past couple of years, including heart valve replacement and melanoma surgery, and also suffered from cancer of the liver.

“As sad a moment as this might be, it is hard not to rejoice in a long life lived to its fullest,” said his son,. Stuart Leaf, in an email notification of his father’s passing. “We all see Robert S Leaf through our own filter. To some he has been a close family member, a friend for decades, to others a colleague or boss and for many a valued mentor… He will have a different meaning to each and every one of you and yet, in essence, he has always been Bob Leaf – a force of nature, an innovator and a man with a true heart who, together with my mom, has tried to help so many people over almost nine decades.”

The family suggests donations to the Globe Theater in Bob Leaf's memory:  https://www.shakespearesglobe.com/join-and-support/donate/