Please refer to our Privacy Policy for important information on the use of cookies. By continuing to use this website, you agree to this.
Home Latest Omnicom Initiative Aims To Increase Asian American Representation In Ads 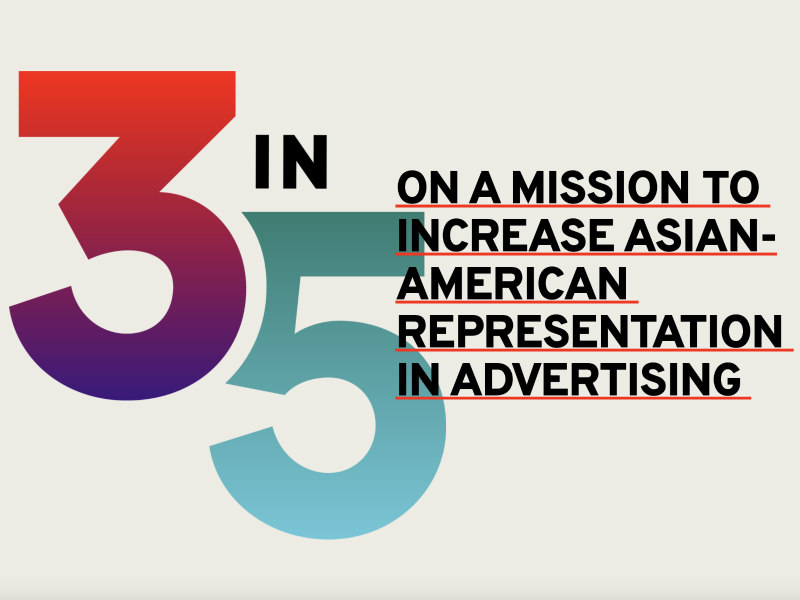 NEW YORK — Omnicom is putting its weight behind a new initiative called 3in5, which addresses the troubling finding that 3 out of 5 Asian Americans say they rarely ever see themselves being represented in advertising content, despite a collective buying power that outpaces other groups at US$1.3tn

The campaign comes amid a tide of anti-Asian hate and violence in the US. The holding group is calling for change in the industry by inviting the creative community to create a PSA focused on generating awareness of 3in5 representation and challenging them to tell daring Asian stories. The winning creative concept will receive production specs and media inventory to build and launch the campaign.

"As a collective of creatives and creative problem solvers, we have a role to play in humanising each other and sharing stories that shed a light on the Asian American Pacific Islander community,” said an Omnicom spokesperson.

According to data from the US Census Bureau, Asian Americans represent 5.9% of the population. The group’s buying power is up 267% since 2000, making them the fastest-growing minority market in the United States. Added the spokesperson: “When consumers do see themselves represented, they’re more likely to pledge their loyalty to a brand or make a purchase.”

The agency network is also asking its teams to take a pledge and identify ways to represent diverse stories and individuals in May; asking clients to participate or adopt the 3in5 initiative; and pledge brands to diverse representation from vendors, storytellers and commercial talent.

The deadline for PSA submissions is 23 April. OMC has collected donated airtime from 35+ media in the US, and is ready to go live on May 1.