Please refer to our Privacy Policy for important information on the use of cookies. By continuing to use this website, you agree to this.
Home Latest On China, MNCs Find Themselves Between A Rock And A Hard Place 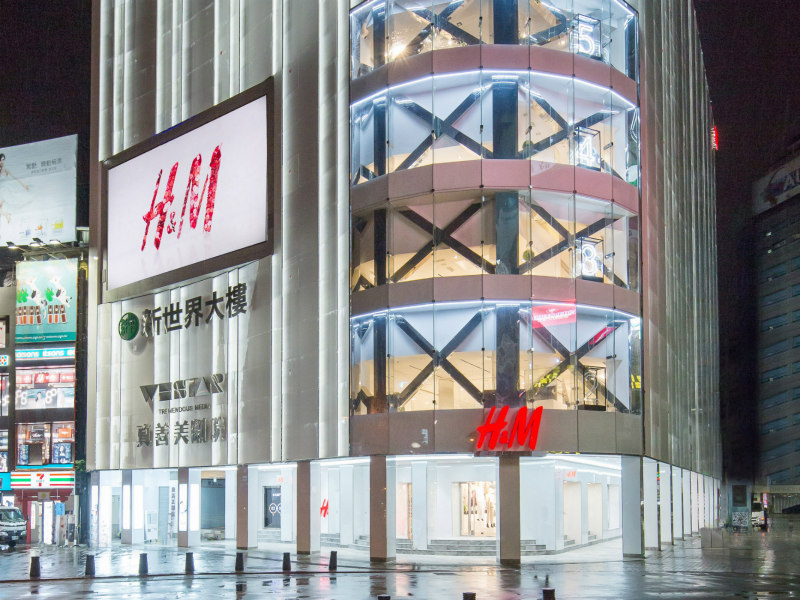 On China, MNCs Find Themselves Between A Rock And A Hard Place

The backlash in China against companies seeking to distance themselves from Xinjiang cotton illustrates the difficulties involved in navigating today's geopolitical tensions.

As tensions flare up between China and the United States, civilians and politicians are by no means the only parties that have come under crossfire — multinational corporations, too, have found themselves the unwitting victims of politically charged backlash.

The recent boycott campaign launched by Chinese citizens against brands such as H&M, Nike, Adidas, and Burberry, culminated from a series of heated exchanges across both sides of the Pacific over the country’s human rights record — specifically, its activities and actions in Xinjiang.

On one hand, international companies must reckon with the very real possibility of losing one of their prospectively largest – if not already – markets in the world. Nike’s China market, for one, was the only major market that returned positive revenue on-year to the firm in Covid-stricken 2020. 33% of Adidas’ revenue in 2020 came from the Asia-Pacific region, with China taking up a substantial share within that segment.

Beijing views any and all ‘foreign commentary’ on its internal affairs as an active affront to its political strength and projected image – as well as an effort to undermine its domestic authority. Even independent of state influence, however, the Chinese masses remain overwhelmingly nationalistic and resentful towards criticisms that they perceive to be slanderous, if not malignant.

Additionally, the country’s burgeoning middle class — anticipated to reach 550m in three years — remains a critical clientele that many in the West are seeking to court, especially in light of the precipitous uncertainties in the European and North American markets after a disastrous fiscal year.

On the other hand, an increasingly conscientious and activist consumer and employee culture in the West, along with the advent of social media pressure campaigns, has rendered companies no longer able to take a strategically ambivalent position. Corporations are called out for ostensibly abetting injustices and refusing to speak out over rights violations — no matter how ill-defined such critiques may be. Segments of civil society view China as fundamentally inimical to their values, and want companies to behave accordingly.

A PR agency leader in Greater China noted the distinctly political dimension to the backlash towards brands perceived as China-friendly — businesses are “being used as political pawns” in a “lose lose situation”, and “this trend is only going to continue”.

Heightening geopolitical tensions, surging social media polarisation amidst echo chambers, and an increasing blurring of the line between the political and the economic mean that companies can no longer play ‘neutral’. To fail to call out injustices – pace Western discourses – is to accept the brand’s being associated with human rights abuses in their production chains. Yet to take an active condemnatory stance would alienate the billions-worth markets of Chinese consumers, firms, and supply chains.

As another PR agency head observed, “Companies have limited choices. They can wait it out. They can try to negotiate a compromise solution at a Government to Government level. Or they can capitulate. All choices involve considerable trade-offs with long-term consequences and implications that extend beyond China’s borders.”

Companies understandably seek to steer well clear of geopolitics. Yet exogenous and dominant factors, such as the bombastic social media call-out campaigns, a further decoupling in civil society exchanges and dialogue, and the trenchant turn in foreign policy from the U.S. and China could well mean that questions over their publicity and stance will be asked of companies with significant Chinese presence, well into the upcoming decade. It is easy to speak of “communication that […] takes into account the multiple agendas of East and West”, yet this is indeed much easier said than done.

Whilst there is no panacea, the PR industry could adopt several strategies to combat the potential downside risks and mitigate against their worst excesses. The first is to pursue a distinct compartmentalization in rhetoric and stance between Chinese branches of corporations, and their corporations at large – e.g. promulgating the view that regional headquarters should have the nominal say over their companies’ respective policies, as opposed to pursuing an abrasively consistent line that offends one side of the conflict, one way or another.

An alternative is to look towards working with local collaborators and firms in strategic partnerships that help hedge against politically motivated critique. Investing in corporate and public optics is effective only insofar as the actual movers and shakers are happy to tolerate the business in question. Securing goodwill and support on a regional-national level requires individuals with political tact, savviness, and connections to maneuver the increasingly rocky waters.

The bottomline is clear: the PR industry must get creative – it needs to brush up on its crisis management protocol, in ensuring that virulent criticisms are diffused and counteracted through softer campaigns that target the brand’s connections and historical bond with its consumers, without committing itself to blatantly unrealistic demands and petitions. Corporations cannot bend to the whims of politicians in Beijing or Washington – yet this is by no means an easy task.