Please refer to our Privacy Policy for important information on the use of cookies. By continuing to use this website, you agree to this.
Home Latest P&G Aims For Lasting Social Impact With NatGeo Series 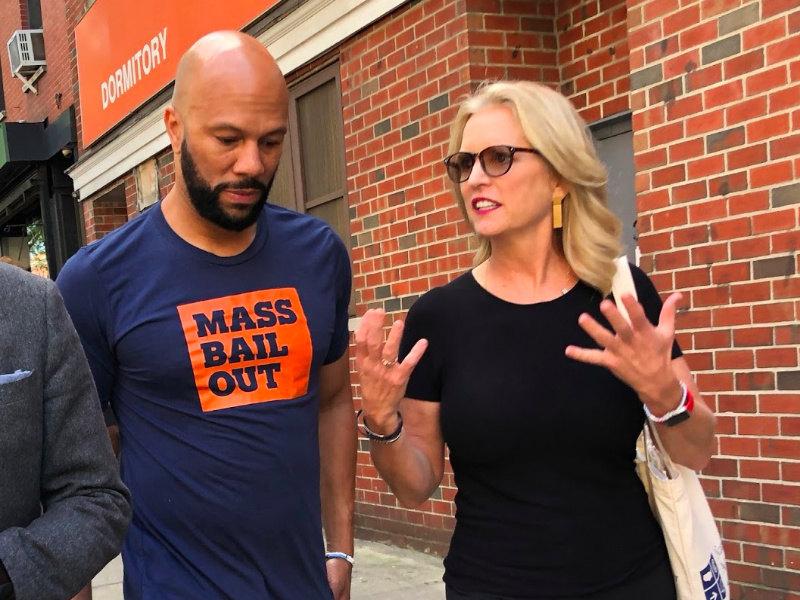 In partnering with National Geographic to create and air a six-part documentary series on extreme poverty, P&G aims to reshape how brands show up on TV.

CINCINNATI — While brands have been an integral part of television since the dawn of the medium, typically as sponsors, P&G is aiming to take that relationship to the next level by helping to produce a new cable TV series.

Activate: The Global Citizen Movement is a six-part documentary series on extreme poverty. It is the product of a partnership between P&G and National Geographic, which aired the show on its cable channel and now online and includes an educational component on the National Geographic/Activate website. Activate was co-produced by Global Citizen, whose mission includes ending extreme poverty with media and live events, and the production house RadicalMedia.

On the TV side, it’s easy to sum up what Activate is: a Nat Geo series exploring some of the root causes of extreme poverty, and efforts around the world to combat it — including those led by P&G. A lack of clean water, plastics pollution, period poverty keeping girls out of school and inequity in the criminal justice system are some of the featured episode topics. Nat Geo is airing the series worldwide on its cable channel and, having already aired it in the US, keeping it alive online.

And from a marketing perspective, the series has the pillars of sponsored content. Episodes highlight the work P&G and its brands — Tide, Always, Charmin and Head & Shoulders — are doing, along with partners including Save the Children, World Vision, World Wildlife Fund, WEConnect International, and Matthew 25: Ministries, among many others. P&G’s money, editorial influence and initiatives are all part of the equation.

Activate, however, is bigger in scope, reach and distribution than we are used to seeing in content marketing. "It's a huge deal," said purpose specialist Carol Cone, pointing to P&G's strategic choice of partners — National Geographic, one of the country’s foremost storytellers, and Global Citizen, which has had proven success mobilizing activists and access to the celebrities that appear onscreen.

“What they have done with this is a model of collaboration and also partnership," said Cone. "They are all coming together in this absolutely, incredibly smart collaboration to address what is on the minds of consumers.”

Damon Jones, P&G’s VP of global communications and advocacy, said Activate grew out of P&G’s larger initiative to address societal issues by driving public awareness of them and actively helping to solve them.

“As we look at how do we connect with consumers in more deep and meaningful ways there are much higher expectations than ‘brought to you by’ or ‘sponsored by,’” said Jones, who's been a driving force behind P&G short-form videos addressing racial bias, The Talk and The Look. “This was a national opportunity to (show) how we use power and brand to inspire consumers to drive solutions.”

One episode, for instance, includes Orange Is the New Black star Uzo Aduba and Global Citizen as they rally millions around the world to push for clean drinking water and proper sanitation for the world's most vulnerable people, including residents of Aduba’s parents’ homeland, Nigeria. Experts describe the effects of contaminated drinking water on people in developing countries and solutions being implemented around the world, including the P&G Children's Safe Drinking Water Program.

In another, actress/activist Priyanka Chopra Jonas joins Global Citizen and other advocates around the world as they campaign to break down barriers to girls' education, while Gayle King and South Africa’s Bonang Matheba rally tens of thousands of people to call on the South African government to commit $58m towards ending period poverty through education and resources they need to stay in school. P&G’s #EndPeriodPoverty initiative, which has distributed millions of Always period protection products to school-aged girls in the US, is among the solutions highlighted.

And yet another tracks the artists Common and Usher’s push to end the use of cash bail in New York state, which contributes to inherent inequality in the criminal justice system. That one also features Jones on-camera, exploring P&G’s commitment to address racial bias in its short-form films, and how bias is still encountered in the everyday experiences of African-Americans.

“You have to understand when a brand needs to lead,” Jones said. “The goal is to be honest and transparent about the role that the branded companies play,” he said, adding that while P&G was “very clear” in Activate about its contributions to addressing issues “it was not overstating our impact.”

Yet doing so in such a way that consumers find palatable requires a nuanced approach to creating content like Activate, Jones said, as “you have to ensure that what you are presenting is meaningful enough that consumers don’t reject you.”

“And you have to be humble in the role you play,” he said, adding that portraying brands as heroic is counter-productive. Relying on people “who know more than you do” is key, too.

“What we are trying to do is change hearts and minds and get people engaged in change,” Jones said.