Please refer to our Privacy Policy for important information on the use of cookies. By continuing to use this website, you agree to this.
Home Latest PRovokeGlobal: “You Have To Elbow Your Way To The Table” 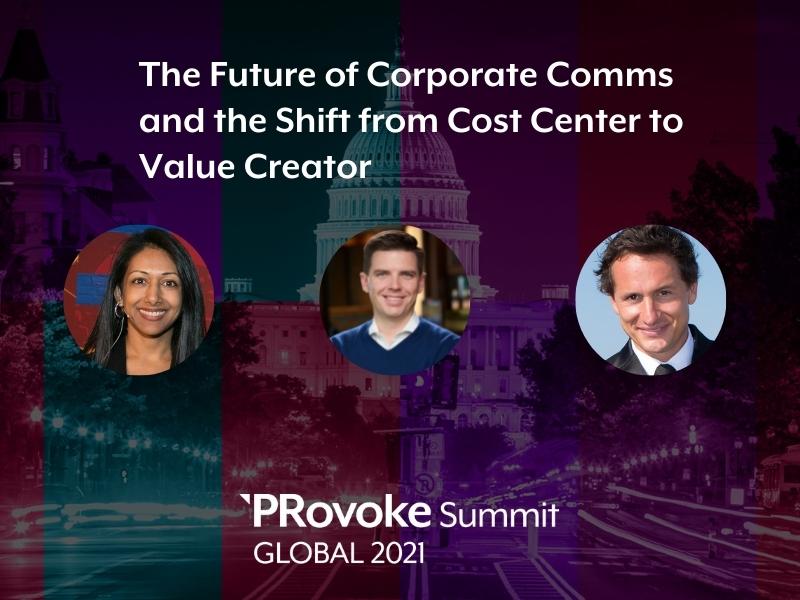 PRovokeGlobal: “You Have To Elbow Your Way To The Table”

“We have the singular ability to move our core audience to feel something, believe something, do something,” Molson Coors; CCO Adam Collins told PRovoke Global.

Public relations professionals have the “singular ability” to change the way consumers feel about issues impacting the corporation, but they need to “elbow their way” to the top table if they want to have an impact on the business, Miller Coors’ chief communications and corporate affairs officer Adam Collins told attendees as PRovoke Global last week.

Collins was speaking during a discussion on “The Future of Corporate Comms and the Shift from Cost Center to Value Creator,” moderated by PRovoke’s Aarti Shah and sponsored by Edelman, whose US chief operating officer & corporate affairs practice chair Jim O’Leary joined the discussion and presented new research on the changing role of the CCO.

The new research updates a study released in 2014, and O’Leary reported significant changes. “Over the past 18 months we have seen a number of things—the pandemic, the social justice movement, and geopolitical forces—that have contributed to a shift in the perception of the function away from its perception as a support function and towards an important role as a business contributor and value center.”

Five years ago, O’Leary said, only about a third of CCOs reported to the CEO; today, that number is more than half.

In the past, Collins said, Molson Coors used to have a global structure and four separate business units, each of which decided for itself how to treat corporate communications, with the result that the function was often combined with—or reported into—the legal department. A recent reorganization meant that the global organization now has a chief communications officer who reports directly to the CEO.

“It’s a recognition within our business of the important role that communications plays in achieving success and contributing to the business,” he says. “Our CEO understands the power of communications. But it’s a mindset shift for the organization. They are not used to thinking about what PR does or the value we provide.

“We are not the Twitter people, we’rew not the people who take an organizational message and write it in a nice way. We have the singular ability to move our core audience to feel something, believe something, do something. That’s our role, and that’s where we we can help to deliver business results.”

Achieving that new role was “not a big challenge for me, because the CEO believes. But in many companies you have to elbow your way to the table, you have to help others to see the value in what you do. If they don’t perceive the value, it’s time to update your resume and go to work somewhere else.”

O’Leary said that Edelman’s research showed increasing convergence between communications and other management disciplines. On the diversity and inclusion front, for example, communicators are cooperating with human resources. On environmental, social and governance issues multiple disciplines are involved. “There are things that can’t be done in silos,” he said.

Looking at the factors driving change, O’Leary pointed to the increased importance of employee communications, driven in part by the need to keep people engaged during the lockdown, and in part by the social justice movement and its impact on diversity and inclusion as corporate priorities.

“Employees are a core audience for us,” said Collins, insisting that the emphasis on employee communications would persist after the pandemic. “If your own people don’t by into your vision of the future, if they don’t understand where the company is going or why it is investing in certain areas, if they don’t understand their role in the company’s success, how fired up are they going to be about coming into work.

“We have to continue to build belief among employees.”

O’Leary also pointed to the growing expectation for organizations to engage on social issues, and the need for companies to develop a framework that helps them decide which issues require engagement.

Said Collins: “Everything begins with an understanding of who you are and what you are trying to accomplish. If there is social unrest due to decades of racism coming to a head, what are your values and what do you want people to believe about you. If you don’t understand those things, you will end up with some bland statement that people will see through and that can worse than saying nothing.

“Communications has to be there as part of the decision making process. The right decision might get made anyway, but it won’t necessarily be an informed decision.”