Please refer to our Privacy Policy for important information on the use of cookies. By continuing to use this website, you agree to this.
Home Latest PRovoke MENA: How UAE Companies Have Adapted To The Global Stage 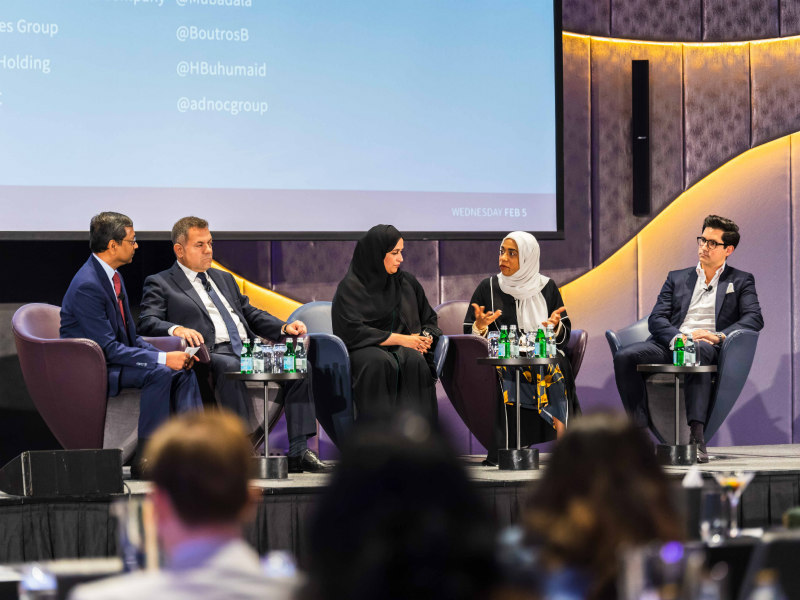 PRovoke MENA: How UAE Companies Have Adapted To The Global Stage

Companies from the Middle East are playing an expanded role on the global stage, and have evolved in recent years to meet changing expectations in international markets.

DUBAI—Companies from the Middle East are playing an expanded role on the global stage, and have evolved in recent years to meet changing expectations in international markets, the audience at PRovoke MENA heard this morning, during a session entitled “From National Heroes to Global Brands: Why the Middle East has Emerged as a PR Powerhouse.”

The discussion featured representatives of four of the UAE’s most global and most prestigious companies: oil and gas giant ADNOC, airline Emirates, and investment companies Dubai Holding and Mubadala, brought together by Sunil John, president, Middle East, for BCW and founder of ASDA’A BCW.

John began by talking about the criticism of the Middle East—and of Dubai in particular—during the global economic crisis of 2008, when many questioned whether the financial crash would have a lasting impact on the region’s growth. Since then, he said, the region’s leading companies had not only bounced back, but transformed themselves (as per the session title), “From National Heroes to Global Brands.”

The transformation started with evolving the reputation of the UAE, says Umayma Abubakar, director of internal corporate relations at Mubadala. “The UAE is a young country that has achieved a lot in a relatively short period and it has had some advantages because of that,” she says. “We wanted to diversify beyond oil and gas and today people see us as a diversified economy. We wanted to be recognized for technological advances, and for advances on women’s rights and human rights. We have been able to show the world that we have value to add.”

Huda Buhumaid, chief marketing officer for Dubai Holding, believes the crisis actually helped the region. “We benefited from the criticism, I believe,” she said. “It has made us stronger. You have to deal with the heat and not just benefit from the good time. Dubai learned a lesson from that crisis and has put serious efforts into telling its story, and greater transparency, stronger regulation has put us on a par with international standards and helped us to tell the Dubai story.”

And Omar Zaafrani, senior vice president of group communications and corporate social responsibility at ADNOC, suggested a symbiotic relationship between the region’s leading companies and the region’s reputation. “We have seen the emergence of organizations that are disruptive in their industries, and those organizations have an obligation to build trust in our own organizations and in the region as a whole. The majority of the narrative in the Gulf is around geopolitical tension and we need to change that, and contribute to the soft power of the UAE.”

At the same time, Boutros Boutros, divisional senior vice president of corporate communications at Emirates, provided a reality check for the region: “The UAE is a successful model but it’s a unique model, unfortunately. We would like to see other markets in the region copying the UAE model. But elsewhere in the region we have a lot of work to do fighting poverty, fighting corruption. If you look at the region as a whole, there are very few listed companies.”

Many of the challenges facing the UAE’s global brands now have little to do with the region where they have their headquarters and more to do with the sectors in which they operate or the shifting expectations of the global marketplace.

Zaafrani, for example, said: “We are an oil and gas company and while we are viewed as a champion brand in the Middle East, that’s not necessarily case in the rest of the world. The world is focusing more and more on climate change, and rightfully so. But we are being stigmatized and we have to have the courage to change the narrative. We have a story to tell about fueling progress and fueling development. The world cannot develop without oil and gas products. That’s a global issue and it goes beyond the Middle East.”

Abubakar said the focus on environmental, social and governmental issues generally was the biggest challenge for Mubadala. “We knew from early on that we needed to engage with stakeholders, we needed to engage with the community. We wanted to be seen as a responsible investor, as an active investor. But as we expanded globally, we spent a lot of time thinking about preserving our heritage and what our brand stands for, but balancing that with giving back to the various communities we are in, in an authentic way that recognizes their needs—as we continue to grow and become more global.”

Buhumaid, meanwhile, cited her company’s longtime tagline: “We are here for the good of tomorrow. That has been our tagline since the establishment of the company 15 years ago. We are not here to babysit what has already been done. We are here to build for the future.” As a holding company, she said, Dubai Holding needed to discuss the way in which its various investments—in the Jumeirah Hotel chain, in real estate throughout Dubai, in nine other sectors—touch people’s lives.

For Zaafrani, it all comes down to a broad view of what the communications and brand-building functions are about: “We see brand as a multi-dimensional vehicle to help drive value for the business. We build pride in employees, pride in the community, pride among our investors.” ADNOC too needs to focus on what it brings to ordinary people. “That’s how we make ADNOC cool again.”

Boutros, meanwhile, brought some historical context to the discussion, remarking on the transformation of the communications function at Emirates, where his group has grown over the years to include 250 people and a roster of more than 80 agencies around the world.

“Communications is about how to communicate with people,” he said. “The medium has changed. But what we do has not changed.”