Please refer to our Privacy Policy for important information on the use of cookies. By continuing to use this website, you agree to this.
Home Latest PRovoke Media Names Asia-Pacific Agencies Of The Decade 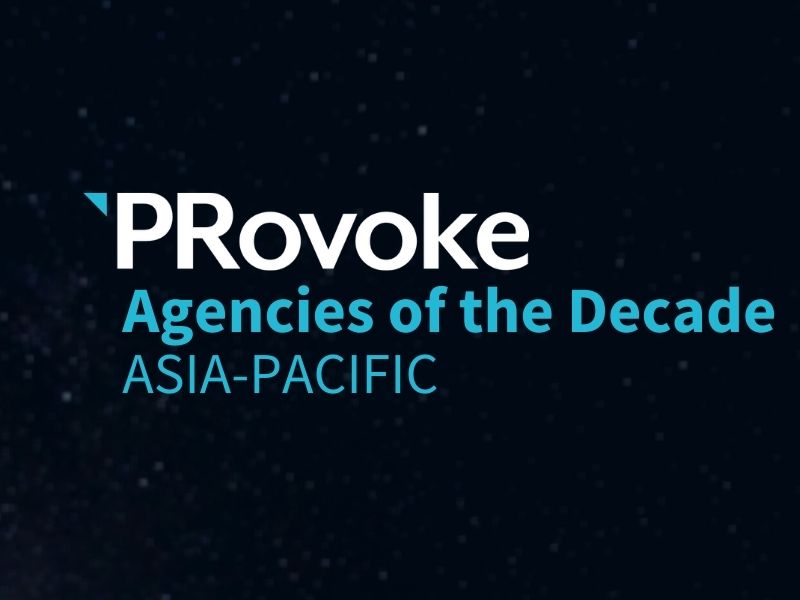 Seven consultancies are selected as PRovoke Media's Agencies of the Decade in Asia-Pacific.

PRovoke Media has named seven firms as its Asia-Pacific Agencies of the Decade — Adfactors, AKA Asia, BlueFocus Digital, IN.FOM, Ogilvy and Weber Shandwick.

The seven will be honoured at the upcoming virtual SABRE Awards Asia-Pacific on 24 September, details of which will be forthcoming soon, where the top three will be counted down to reveal PRovoke Media's overall Asia-Pacific Agency of the Decade.

The 2020 Asia-Pacific PR Agencies of the Decade are the result of an exhaustive annual research process involving hundreds of submissions and meetings each year with the best PR firms across the fast-changing Asia-Pacific region. You can view all Agencies of the Year for previous years here.

"Given the breadth and diversity of the Asia-Pacific region's geographic markets, competition was understandably fierce. Accordingly, the seven firms selected represent the very best of the industry — encompassing outstanding innovation, thought leadership, talent development, creativity, growth and, of course, resilience."