Please refer to our Privacy Policy for important information on the use of cookies. By continuing to use this website, you agree to this.
Home Latest PRovoke17: Lynn Novick On Finding The Humanity In The Story Of Vietnam 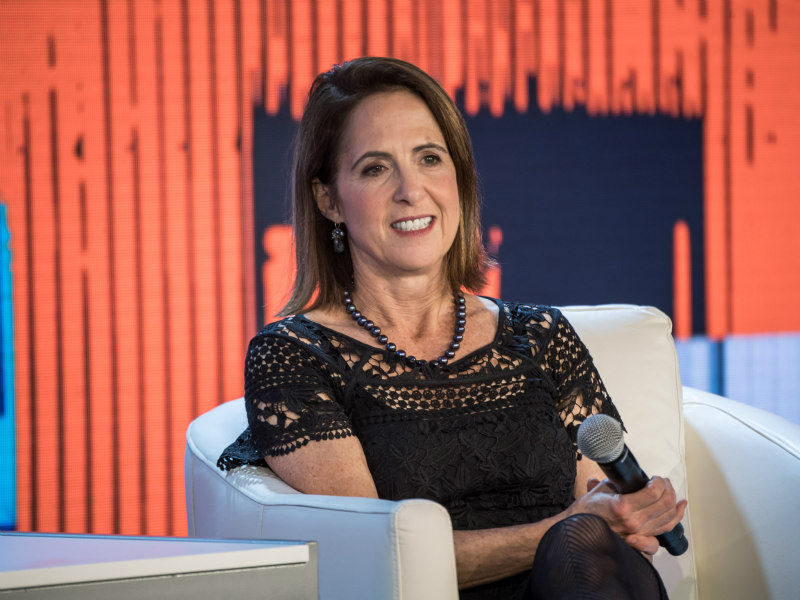 PRovoke17: Lynn Novick On Finding The Humanity In The Story Of Vietnam

MIAMI—Interspersing advice drawn from 30 years as one of America’s leading documentary producers with clips from her latest work on “The Vietnam War”—created in partnership with Ken Burns—filmmaker Lynn Novick delivered a masterclass on storytelling to a rapt and visibly moved audience at PRovoke17 in Miami yesterday.

In conversation with Don Baer, worldwide CEO and chair of Burson-Marsteller, chair of PBS, and a member of the board of Ken Burns’ Better Angels Foundation, Novick discussed both the creative process and the approach that helped her to persuade those on all sides of the Vietnam conflict to share deeply personal stories for the critically-acclaimed 18-hour PBS documentary.

“For the last 30 years I have been working with Ken Burns making films about American history,” Novick told the audience, remarking on the irony that “when I was in school, history was my least favorite subject, because it was just facts and dates. For that reason, my passion has always been finding the human connection, and telling the human stories, finding the people and finding ways they could connect us to the past.”

She added: I became a documentary film maker because I don’t have that much imagination. I couldn’t make anything that would be this interesting. There’s nothing more interesting than a true story well told.”

Discussing the Introduction to The Vietnam War, which featured a brief interview explaining how so many of the thoughts and feelings from the conflict have remained hidden for so long, followed by a jump to some of the war’s iconic images in media res, unfolding backwards to the origin of the war, Novick explained the production team’s thinking.

“We throw you into it, and then we rewind the tape and go back to the beginning. We wanted to show some of the epic images of the war but we wanted to do it in a way that would let people know we were going to show them those things differently.”

Perhaps her most interesting comments came in response to a question from Baer, who suggested that “every great story has great characters, it has people at the center of it.”

Said Novick, “A huge part of my job is finding those people and working with them to help them tell their stories. The first thing is to select people who can tell their stories in a genuine way on camera, which is not an easy thing. With something like this, we are talking about wrenching, painful events and so that’s asking a lot. We have to get to know them and they have to trust me enough to tell us things they may not have spoken about before.”

In making The Vietnam War, for example, Novick conducted between 80 and 100 interviews—featuring Americans who were both supportive of and opposed to the war, and Vietnamese people who fought on both sides. She estimated that only 2% ends up on the screen, but insisted that the other 98% were just as important, as background that informed the 2%, and “so when you talk to people, they know you have really done your homework.”

She discussed the “unbearable honesty” of interview subjects like the author Tim O’Brien, who discussed his decision not to escape across the border to Canada as a failure of conscience that has haunted him since the war. “The honesty of that moment is what makes it so compelling. He is still torturing himself over that decision. To most people it would be the brave thing to do, but for him it was a failure of conscience. The surprise of that, and the unbearable honesty, made it a powerful statement.”

Baer also asked her about the importance of telling the story from all sides.

“We started with the presumption that there has been a lot done about the Vietnam War,” Novick said. “Americans think about the war as an American event, but it took place in another country and it was experienced very differently by people in that country. The casualty numbers were so much higher.”

The Vietnamese have their own official narrative of the war, she said, and when the Vietnamese government agreed to cooperate with Burns and Novick they provided many former soldiers, many of whom parroted that official line.

“The process was the same, meeting Vietnamese veterans and asking them to tell their stories. We wanted to know the human dimensions of the war. At first, we saw about 20 people and they all told the same story, which was pretty much the official Vietnamese government story, but there was one guy who told a very different story, a very personal story, and he began to cray a he told the story and I knew then that he had to be a part of this.