Please refer to our Privacy Policy for important information on the use of cookies. By continuing to use this website, you agree to this.
Home Latest PRovoke18: Vicks "Touch Of Care" Campaign Shows How Courage Can Pay Off 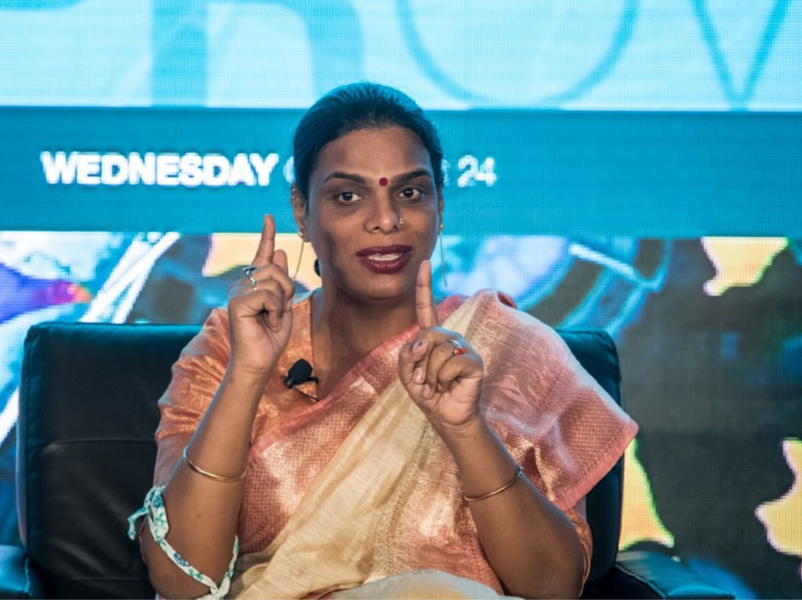 PRovoke18: Vicks "Touch Of Care" Campaign Shows How Courage Can Pay Off

A discussion featuring the PR agency and the star of the award-winning P&G campaign illustrated the benefits--for the brand and for activists--of a bold campaign.

WASHINGTON, DC—One of the themes of this year’s PRovoke18 Global Public Relations Summit has been the need for courage, and very few campaigns illustrate what courage looks like and the kind of rewards bold brand-builders can generate quite as well as the Vicks’ “Touch of Care” campaign in India.

Most PR and marketing people are by now familiar with the campaign, which has been a big winner at awards shows (including Cannes and our own SABREs) and became a global top five video on You Tube. But a panel at PRovoke Media, moderated by MSL executive vice president and global Procter & Gamble lead Rema Vasan, took an up-close-and-personal look at the campaign and its star, Indian transgender rights activist Shree Gauri Sawant.

Gauri shared her own story, from coming out to her own parents—who were not supportive—to the broader hostility she encountered in a conservative society (she was viewed as a hijra, a term of abuse applied to transgender people and other marginalized groups in India), to taking her case to the Indian Supreme Court, petitioning to have her gender recognized.

She also talked about meeting her daughter, whose birth mother was a sex worker and who was in danger of being sold into prostitution—at age eight—herself. “I had not thought about becoming a mother,” she said. “But being a social worker I could not stop myself, and I held that girl’s hand and I became a mother.”

Her message, which she repeated several times for emphasis, is that “motherhood is a behavior. To love someone, to care for someone, that is being a mother.”

That message was a perfect fit for the Vicks brand and its PR agency.

According to Rekha Rao, senior vice president of MSL in Mumbai, “Vicks has always stood for care, and particularly the care between a mother and child. But over the past 50 years there has been a change in what the definition of what care means to people in India, and care now is as much about extended families and friends and even strangers at times. We have all sought to find our mothers and our aunts and our sisters among those we are close to, at home and in the office.

“We needed to show these new relationships. This is what we wanted to bring to life, to show that a touch of care was not limited by social context.

“The story was of Gauri, who was a faceless person in Indian society, and many people did not think about transgender women providing a touch of care just like everyone else. We came across her story in an article about transgender mothers, and we thought it was profoundly moving story, the story of a little girl who was born of a prostitute and who would have been sold into sex slavery at the age of eight.”

For Gauri, the opportunity was too good to pass up.

“When P&G approached me I had been Gayatri’s mother for nine years,” she told the audience. “People did not want to touch us, they did not want to sit with us, they looked at us as shit, and I wanted to show them that transgender people could be mothers.I did not want to lose this opportunity”

Gauri’s courage, and the courage of the brand team at Vicks, paid off handsomely. While the campaign obviously carried some risk, any backlash was minimized by a media strategy that focused on media coverage, and influencer outreach—“there was a deluge of voices supporting Gauri and the campaign,” said Rao—and making sure that the campaign had a human face, with Gauri making numerous television appearances.

The campaign contributed to an 8% increase in brand recall (particularly impressive because the Vicks brand is already ubiquitous in India) and a 23% increase in sales. Vicks was named “Brand of the Year” in India, and has been reaping awards worldwide.

More important, perhaps, the campaign provided Gauri with a platform on which she could bring her dream to life: building a home, Aaji Cha Ghar (Granny’s Home), for the children of sex workers in India, and for other disadvantaged children.

Given the timing of the session, just days after the Trump administration revealed its plans to strip away transgender rights in the US, Gauri also offered her thoughts on that: “It’s bullshit,” she said. “We follow western culture and we respect western culture. It is very hard to hear what they are saying. People should give respect to each and every person, to each and every identity.”