Please refer to our Privacy Policy for important information on the use of cookies. By continuing to use this website, you agree to this.
Home Latest PRovoke19: 'Your True Identity Should Never Be Denied' 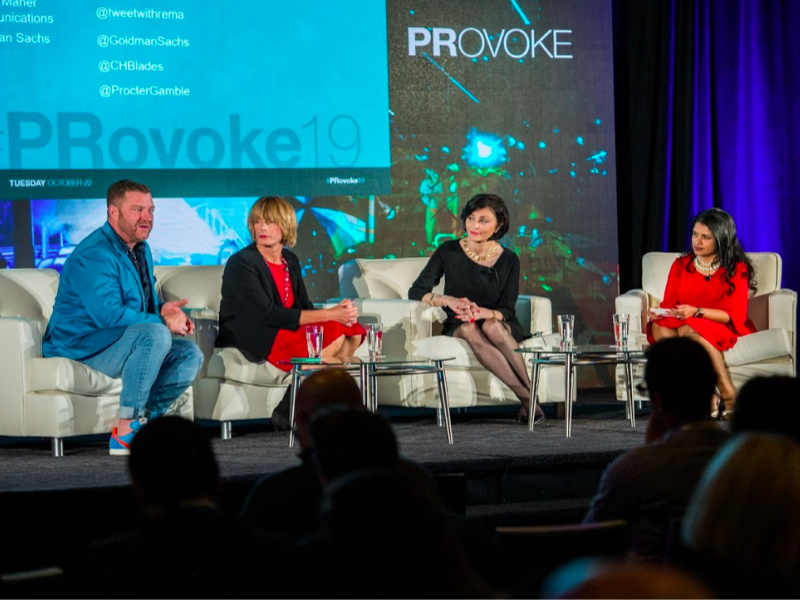 PRovoke19: 'Your True Identity Should Never Be Denied'

What it takes for companies to empower employees to be their "authentic self" at work was the focus of discussions on Tuesday at PRovoke19.

WASHINGTON — Even as business grapples with achieving baseline diversity and inclusion, there’s a small but growing movement encouraging people to be true to their “authentic selves” at work as well as in their personal lives, according to panelists at PRovoke19 in Washington.

“When you live without the guardrails, you can hopefully engage in more productive conversation,” said Brent Miller, who, on top of being P&G’s associate director for creative content and story creation, leads the company’s LGBTQ+ diversity efforts. “It’s not only good for the individuals, it’s good for business.”

Part of a discussion focused on what corporations need to do to empower employees to be their truest selves, Miller’s comments reflected an overarching theme of the discussion — that employees operate at their best when they are comfortable being who they really are on the job. “Being true to your authentic self is really about opportunity,” Miller said.

However, what it really means to be your authentic self, and at what point it is OK to embrace doing so at work, depends on whom you ask — even among Miller and his fellow panelists, all of whom experienced challenges from fear to adversity before disclosing, or owning, their core identities.

Although openly gay since the age of 25, Miller said he didn’t really embrace being his authentic self at work until he got over the anxiety of being judged or diminished, leading to a large “amount of energy wasted in those times.” Today, among his goals is being a role model for others in similar situations.

Catherine Hernandez-Blades, Aflac’s chief CSG and communications officer, said being her authentic self — a woman — has been a tenet throughout her career that involved “not sacrificing parts of myself to fit into the boys club."

Which wasn’t necessarily easy (a male colleague once told Hernandez-Blades that she shouldn’t be in a high-level meeting because she doesn’t have a penis). Today, though, she remains a champion of “true equality” and tries to implement a culture that treats employees with empathy — what she sees as key to fostering a supportive environment.

And, Maeve DuVally, Goldman Sachs corporate communications managing director, for the first time brought her authentic self to work last summer, when she came out to colleagues as a transgender woman — after living a double life as a man at work and as a woman in her personal life since coming out to friends and family the year before.

All three panelists credited their success at being their true selves at work to being treated with empathy among the people they work with, be they bosses or colleagues. DuVally, for instance, said that since making her identity as a transgender woman known, she has developed relationships with female colleagues, some of whom she has worked with for years without forging friendships.

“I am very keenly aware of all the support and encouragement I have had,” she said. “There has been some difficulty, but it’s been a very pleasant experience of coming out and I want to help people who find themselves in that position.”

Those sorts of stories are emerging at the same time companies — from PR agencies to consumer service organizations — are taking note of the benefits of employees being themselves at work, and unrolling initiatives to promote that.

For Marina Maher Communications, that means defining, and promoting, companies having cultures that embody, and harness, the kind of empathy that enabled DuVally to be comfortable in her own skin at work.

The firm has launched a new capability called, The Empathy IndeXX, which is designed to redefine empathy and promote the power of women (who tend to be more empathetic than men), as well as improve corporate reputation and revenue. The offering uses data-science and deep psychological insights in a multifaceted offering that includes assessment, workshops, executive visibility, employee engagement, corporate narrative development and content and storytelling,

Mastercard, meantime, is promoting the idea of consumers being able to be true to themselves by creating a credit card that gives them the ability to do so. True Name cards will allow for chosen names to appear on the front of cards, helping to ease a major pain point for the transgender and non-binary community when their bank card doesn’t reflect their true identity.

“We knew we were solving a need,” Jim Issokson, Mastercard senior VP of communications and social media, said in a discussion surrounding the company’s diversity initiatives. “You want to be recognized for who you are today, not who you were six months or a year ago."

Mastercard brought the idea to fruition in just a matter of months after examining whether there was anything that precluded them from doing so. “We couldn’t find a single reason why you couldn’t put your true name on your card,” Issokson said.

“We are empowered as a company to make people’s lives easier,” Issokson said. “Your true identity should never be denied.”