Please refer to our Privacy Policy for important information on the use of cookies. By continuing to use this website, you agree to this.
Home Latest PRovokeGlobal: "It’s Hard To Find A Black Person Who Has Been Served By Diversity Initiatives" 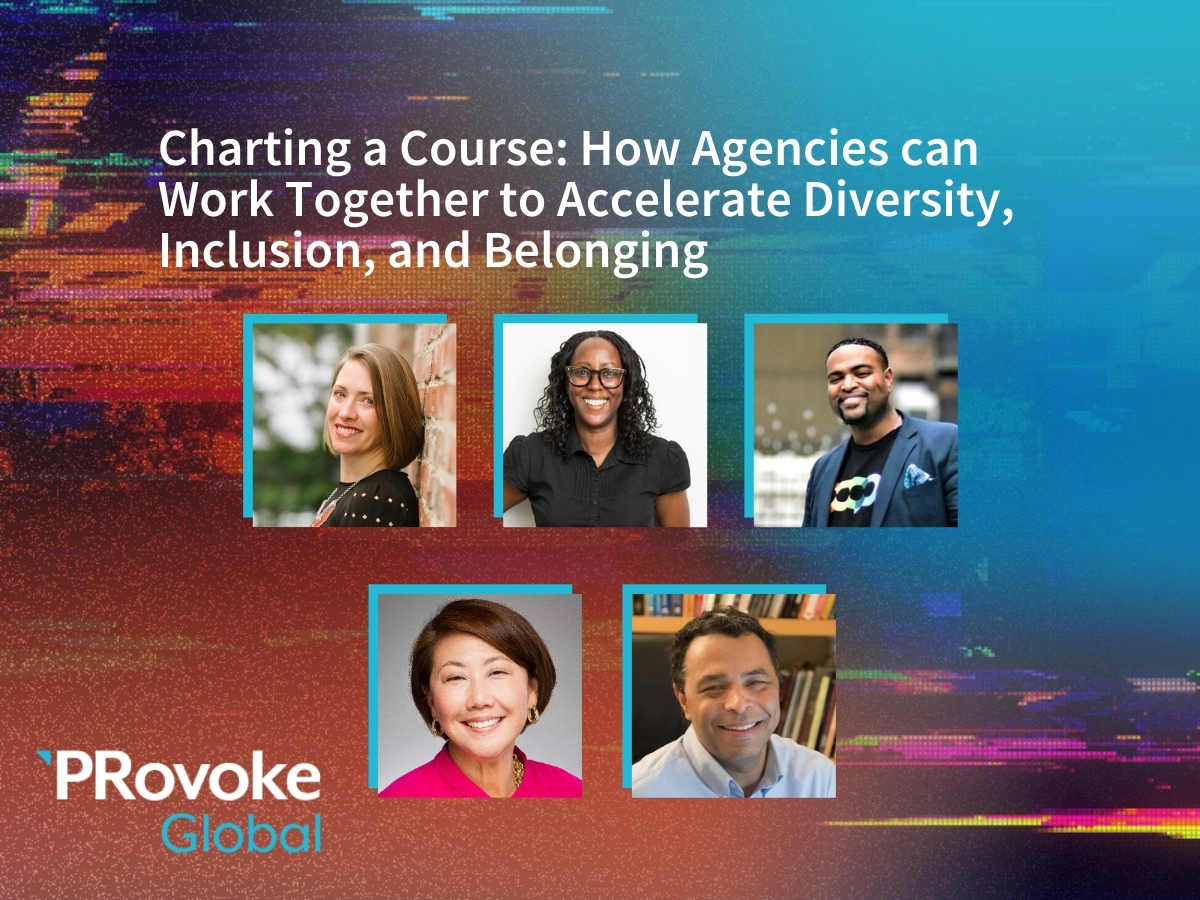 PRovokeGlobal: "It’s Hard To Find A Black Person Who Has Been Served By Diversity Initiatives"

DE&I leaders from across the industry discussed why PR is still lagging, in a frank panel session at the PRovokeGlobal summit.

NEW YORK — For all the noise surrounding diversity, equity and inclusion efforts, PR agencies are still woefully behind  — and likely won’t realize that goal without overhauling everything from hiring practices to the language they use, according to industry DE&I leaders.

“Ethnic minorities and Black people have suffered enough. It’s hard to find a Black person who has actually been served by diversity initiatives,” said Elizabeth Bananuka, CEO of BME PR Pros and the founder of the Blueprint Mark initiative to promote racial diversity in the communications industry. “Ethnic minorities have had a pretty crap time in this sector,” she said.

Bananuka was speaking on a frank panel discussion at the ninth ProvokeGlobal summit, on the state of DE&I in the communications business, and how agencies can work together to create a more equitable, inclusive industry.

While firms have made recent strides in promoting diversity (the UK’s Manifest, Blurred and InFusion each received a Blueprint mark for their efforts), panelists painted a somewhat bleak picture of agency life for ethnic minorities and people of color. Bananuka, for instance, admonished agencies for falsely portraying the status quo by posting photos of diverse employees on their social feeds. “Ethnic minorities are not pets for you to use for your LinkedIn content,” she said.

Foote added: "Sadly, we’re not doing really well and this is no joke. Any Black, brown or diverse person walking into an agency does a visual check to see who looks like us, who’s at reception and who’s in the glass office. For many of us, we don't see anyone who looked like us, and who we could relate to.”

The speakers, however, said the situation could be improved if agencies were willing to address the issue by making bigger changes that not only covered recruitment, retention, and equal pay, but also the language they used – such as like “talent” instead of “supply” when referring to people of color — and being transparent and honest enough to own their deficits and benchmark publicly.

Kim said part of the problem was that diversity is often relegated to a particular agency department — human resources or recruitment — rather than being addressed through uncomfortable management and cultural change.

"You can’t legislate empathy and a desire to drive change," she said. "There needs to be a transformation mindset rather than a transactional one. There needs to be a growth mindset and to grow you need to be in a space of tension and discomfort. It’s not enough to be a benevolent leader.”