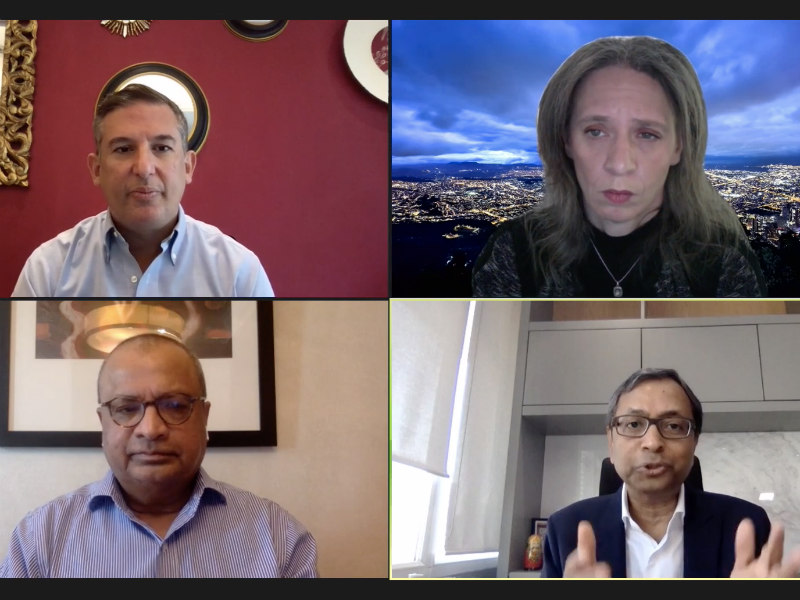 The Middle East has an opportunity to reinvent itself as a more innovative and inclusive region, but doing so will require both governments and companies to build greater trust.

DUBAI — The Middle East has an opportunity to reinvent itself as a more innovative and inclusive region, but doing so will require both governments and companies to build greater trust, a panel entitled “A New Middle East Narrative: A Manifesto for Change in PR” told attendees at PRovokeMENA 2021 yesterday.

Vasuki Shastry, a strategic communications, ESG and public affairs expert, said he was most excited about the reopening of relations between the UAE and Israel. “Both countries are prepared to redraw old boundaries, set at the time of conflict. But the most remarkable thing is that it’s being driven by people-to-people contact, not government. Israel has always been considered outside the Middle East, but Tel Aviv is more like Dubai than it is any European capital.

“It’s an opportunity for the region to reinvent itself and for countries to position themselves globally as centers of innovation.”

“There has been a huge momentum shift,” Rania Rostom, chief communications officer for GE International Markets, agreed. “Governments are taking on a bold vision for change, moving away from an oil-dependent economy to a more diversified, knowledge-based economy, a more resilient, sustainable economy. Our Innovation Barometer survey found that both the UAE and Saudi are seen as innovation environments. That’s a sign of the progress we have made.”

But Mazen Nahawi, founder and CEO, CARMA, warned against excessive optimism. “In my view,” he told listeners, “the region is in the worst state in about 100 years.” While Israel and the Gulf countries are thriving, he said, large markets like Turkey and Egypt are doing “just okay,” and large swathes of the region—Syria, Lebanon, Yemen, Iraq—“are facing disaster.”

Supporting the pessimistic side of Nahawi’s argument, John pointed to Asda’a’s Arab Youth Survey, which showed significant numbers of young people planning to leave the region. On the other hand, he said, the region is attracting new people at record rates. Questioning the contradiction, he asked: “Do we need a new narrative?”

Rostom said she thought the new narrative had been evolving for several years. “What we are seeing is greater inclusion, the inclusion of more diverse and local voices into the narrative. We can bring that to the forefront, incorporate those voices from the ground up, and tie them to our economic and social mandate so we can work together.”

New narratives are also needed from the corporate perspective, Shastry argued. “Communications can help companies reinvent their brands. We need to abolish terms like CSR from the lexicon, because in this region—and often internationally—CSR often equates into charity giving, it suggests that companies can behave badly and contribute money and all of its sins get washed away. We need to integrate social purpose with operations. That’s a huge challenge for communicators.”

But he warned that many companies don’t look to traditional public relations firms for strategic ESG ideas, “because they don’t believe that PR firms have the domain expertise. It comes down to recruiting and training the best people. There is a strong connection between building social purpose and communicating it to the external world and we have to be able to deliver on that.”

Tying all of those ideas together, Nahawi suggested that “the key word that defines the future is trust. Whether you are selling coffee or cars or trying to get Shia and Sunni together, it all comes down to trust. The big problems in the region are all caused by a lack of trust. That means we have to start every campaign with the idea of trust at its heart. We have to ask whether people believe what we say and really engage with it.”