Please refer to our Privacy Policy for important information on the use of cookies. By continuing to use this website, you agree to this.
Home Latest PRSummit: The Only Way To Drive Behavior Is Through Economics 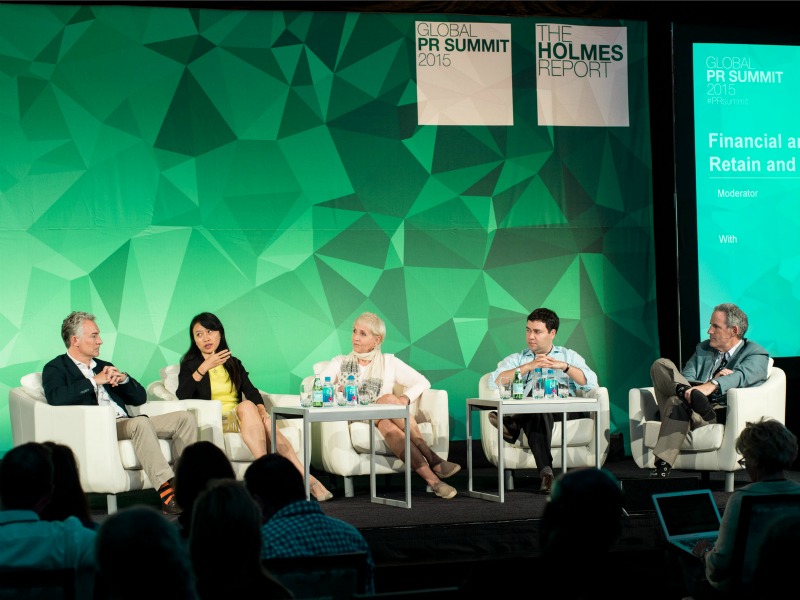 PRSummit: The Only Way To Drive Behavior Is Through Economics

The most successful, fast-growing PR firms have moved away from cash compensation models, according to new research presented at today's Global PR Summit.

MIAMI—The most successful, fast-growing public relations firms have moved away from the traditional discretionary cash bonus approach to incentivizing employees and are significantly more likely to offer either a structured bonus based on objective criteria or a long-term incentive plan—or both—according to research conducted by Davis & Gilbert and The Holmes Group and unveiled at the Independent Public Relations Firm Forum in Miami today.

The survey found that almost two-thirds (60%) of firms compensate employees use cash compensation methods other than traditional annual base salary and discretionary bonuses to attract and retain top talent. But more than half (54%) use commission on new business as thebra only “non-traditional” method of cash compensation.

But the research found that high-performing firms—with growth last year of more than 20%—were significantly more likely to have moved away from discretionary cash bonus and to offer either a structured bonus based on objective criteria or a long-term incentive plan—or both.

Firms use a variety of objective criteria to determine payment terms under their long term incentive
compensation plans, including net income (43%), individualized employee goals (29%), and the firm's revenue (16%).

But the vast majority (73%) of firms do not share a portion of the firm’s annual profits with key employees who do not own equity. Even larger majorities do not have a program that allows key employees to buy equity (82%) or even a program to grant an equity equivalent to key employees in the form of “phantom stock” or “contract equity” (77%).

When it comes to acquisition as a talent strategy, 30 % of firms said they had acquired another public relations or marketing communications firm as a way to gain key talent and/or expand the firm’s leadership ranks. Of those firms, all said that the acquisition in which they engaged was either very successful (40%) or somewhat successful (60%).

According to Davis & Gilbert’s Brad Schwartzberg, “What we have found very successful is well-designed long-term incentive plans (LTIPs) that both drives the kind of behavior and outcome that you’re looking for and makes it very difficult for competitors to lure your people away.”

David Ross of MDC Partners, which owns several midsized public relations firms, has used LTIPs and found them critical to success. “The only way to drive behavior is through economics,” he says. “We leave an amount of equity in the hand of ownership when we make an acquisition, and over the course of a partnership we create equity incentives for the future generation of leadership. But from a holding company perspective the best thing you can do is create a culture where people can see something that they can aspire to.”

Other leading firms have taken different approaches—some of the more flexible and less formal in nature.

Holly Zheng, who leads Blue Focus International—part of the Chinese owned agency expanding in global markets—says: “What people want is not the same from region to region, or across generations, so as Jim said it is important to listen to what individual people want. For younger people, they are keen to be part of the company, even if it is a very tiny part, with some kind of equity.”

Claudia Patton, chief talent officer at Edelman, says the world’s largest independent has a management performance system for all employees at vice president at above, taking into account global, regional, and individual office performance. “We use the flexibility we have as an independent to match or exceed” what employees could get in terms of stock at a publicly-owned firm, she says.

Jim Weiss, founder and CEO of fast-growing US-based PR firm W2O has historically taken a less structured approach—“I spend a lot of time going from desk to desk trying to figure out what it is that people want and what drives them, and encouraging my people to do the same”—but is in the process of putting a more formal approach in place.

Both Weiss and Zheng made the point that they are increasingly competing not only PR firms, but with tech firms like Google—making the need for stock options and equity incentives even more important.

That’s not just a Silicon Valley phenomenon, according to Barrie Brien of holding company Creston. “In the UK, everyone wants equity.”

One of the big issues there, he says, is the structure of these plans, particularly the balance between group performance and the performance of individual units. Creston found that people in one division or one market were resentful if their compensation package was impacted by the poor performance of people elsewhere. “All our LTIPs now are around what individuals can control.” What he describes as “the softer side of things,” including collaboration, is still part of the corporate culture.