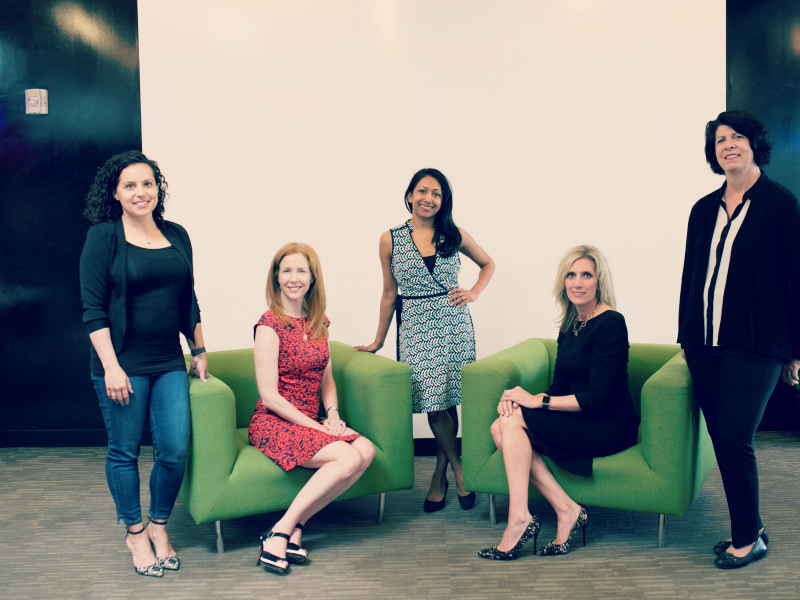 Roundtable: Can Healthcare and Technology Work Together?

A 2010 feature story in the Harvard Business Review said “health care is dying for innovation." Fast-forward seven years, progress has been made — albeit, slowly. Last year, the same publication, in a similar feature, modestly acknowledged progress saying that "finally, health care, which has largely been immune to the forces of disruptive innovation, is beginning to change." Over the last decade, healthcare innovation has progressed from seeming impossible to happening in modest increments.

As technology plays a larger role in healthcare, the often conflicting cultures between the two sectors presents complex challenges for marketers and communicators. This tension was explored during the Holmes Report’s Health and Tech Culture Clash panel in Boston on May 23. (The full live stream of the event can be found here.) The event, sponsored by WE Communications, featured the following speakers:

“The industry hasn't changed the way that we've been doing communications for the last 20, 30 years,” WE’s Stephanie Marchesi observed. “But the industry is transforming all around us and our clients' needs are transforming, so we needed to pivot and look at healthcare through the lens of technology transformation.” 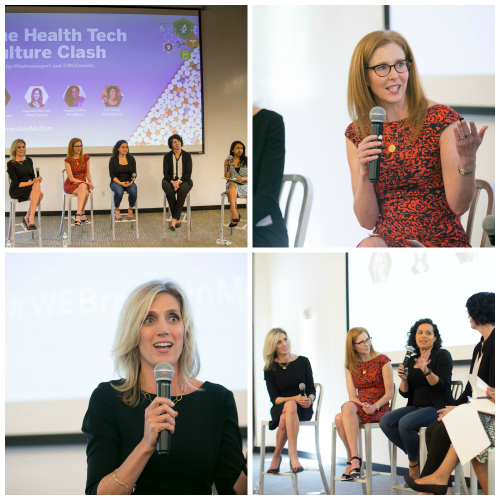 The conversation started with a discussion around what innovation means within their particular organizations.

“From our perspective, healthcare has been very conservative for a long time, and it was a challenge to think about how you bring in technology where it's sort of the wild west,” said GE’s Beth Webb, contrasting technology with healthcare’s highly-regulated environment. “There’s a lot of opportunities to combine the two, but you have to do it in a responsible way.”

Wellist is a startup that collects non-medical resources (such as those printed brochures at hospitals) and makes them accessible to patients on a digital platform. The organization’s head of marketing Ann Toomey said “we thought, ‘if we can just make this improvement, it could have a gigantic impact. So in a way, we think small to do big.”

The Boston-based startup PillPack packages and mails a patient’s medicines directly to them. “Nearly 50% of medications aren't taken as prescribed, it's $100 to $200 billion in extra costs because people aren't taking medications for chronic conditions as they should,” PillPack’s Jacqui Miller said.

We appeal to the sense that we're trying to take care of people.

Unlike the retail and hospitality sectors where technology upended the existing business model, in healthcare technology has mostly entrenched the existing model. The resistance from established players, in turn, has been softer and in some cases, they have championed or accelerated changes.

“We had a lot of debate — do we try to get doctors to recommend this or we do we build something that customers are going to demand,” said PillPack’s Miller. “We made the conscious decision to focus on the customer experience first. We decided it was important that we build a product that customers demanded.”

Wellist’s Toomey added, “We appeal to the sense that we're trying to take care of people. The system has gotten so systemized but you can bring it back down to people’s basic needs.”

Yet even though healthcare is ultimately the business of caretaking, consumers view it with notable suspicion. When it comes to consumer trust, technology consistently outpaces healthcare by a considerable margin.

“Tech companies have built this trust because they so often have a relentless focus on the end customer and they are very good at communicating what their product is going to deliver to you,” PillPack’s Miller points out, noting that healthcare is “starting to come around and do a better job of communicating what it is we’re doing to care for people.”

“The expectation on healthcare is so high because the stakes are so high,” said GE’s Webb.  “It's your health, your family's health, your life...With technology, you have updates and fixes. We don't get that opportunity in healthcare.  You'd better get it right the first time.”

“I think you're now actually starting to see this moment where technology has something to learn from healthcare, where people have to ask themselves — what does success look like? How can we build this without having unintended consequences,” Miller noted.

Most recently the Cambridge Analytica data scandal revealed that a pro-Trump firm gained access to the private Facebook data of millions in the months leading up to the election. Yet in the aftermath of the scandal, Facebook’s stock not only rebounded but broke into a new buy zone — raising questions on whether this type of resilience is even possible in the healthcare sector.

“Healthcare brands need to learn something from tech in this instance — lead with their innovation to inherit that consumer love that will protect them in the event of a crisis,” WE’s Marchesi said.

PillPack’s Miller noted that “the best PR is just doing good business. I spend 50 or 60% of my time on internal communications, making sure that our team understands what's expected of them, making sure that the tone from the top is the right, the people understand how we operate as a company. Then, you hopefully are heading off some of these things before they even happen.”

What they don't understand is what the healthcare media are looking for is irrefutable research.

The emergence of electronic health records, personalized health apps and Internet health sites has resulted in consumers armed with more information than ever. And while health-related information has become increasingly accessible, the pricing model remains opaque, complex and nearly impossible for the average consumer to cost out.

“We're changing our model to an outcome-based model,” said GE’s Webb. “So if we say our product's going to do something, then [our customers, which are hospitals and other users of the equipment] will pay when it performs. But it's not across the board and it's not completely accepted.”

“I think the Centers for Medicaid and Medicare are doing some really interesting things to push more transparency around how much medications are going to cost for people,” WE’s Marchesi said. “The more we can get there, the more I think it'll make it easier for innovative, entrepreneurial folks to come in and do interesting things.”

“What we find in common with our hospital clients is they want to add more value both to their brand and what they're offering patients,” said Wellist’s Toomey. “We were in a meeting talking about the ROI of our program and the CFO, of all people, said, ‘You know what? If patients are engaging with you, I don't care about the [bottom] line.’”

The lack of trust and confusion around pricing around healthcare is reflected in the media narrative that tends to show healthcare’s inefficiencies and spiralings costs, whereas the technology press traditionally gravitated to stories glorifying entrepreneurs and positioning innovation as necessary disruptors to stagnant sectors.

“[Tech health companies] expect the media to trust them, to take their word for it,” WE’s Marchesi said. “What they don't understand is what the healthcare media are really looking for – and that more experienced healthcare communicators understand — is they’re looking for irrefutable research that's been validated by third parties.” 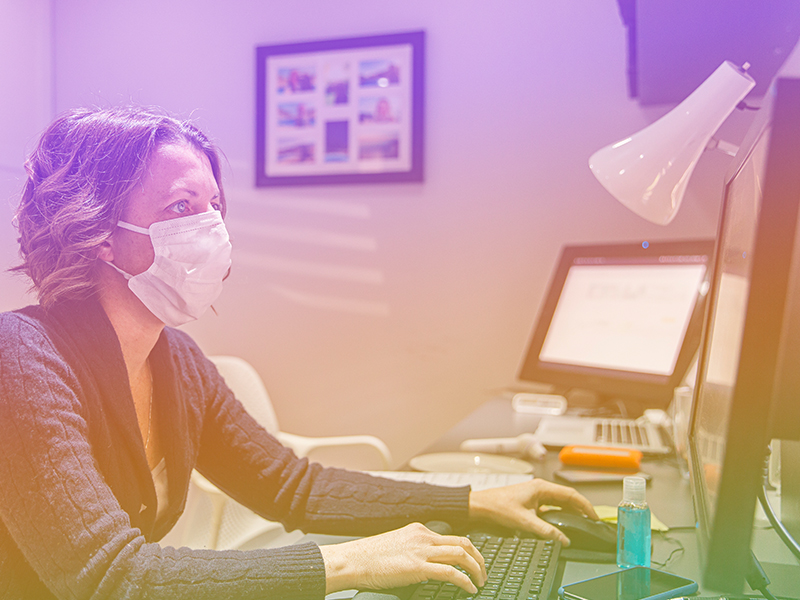 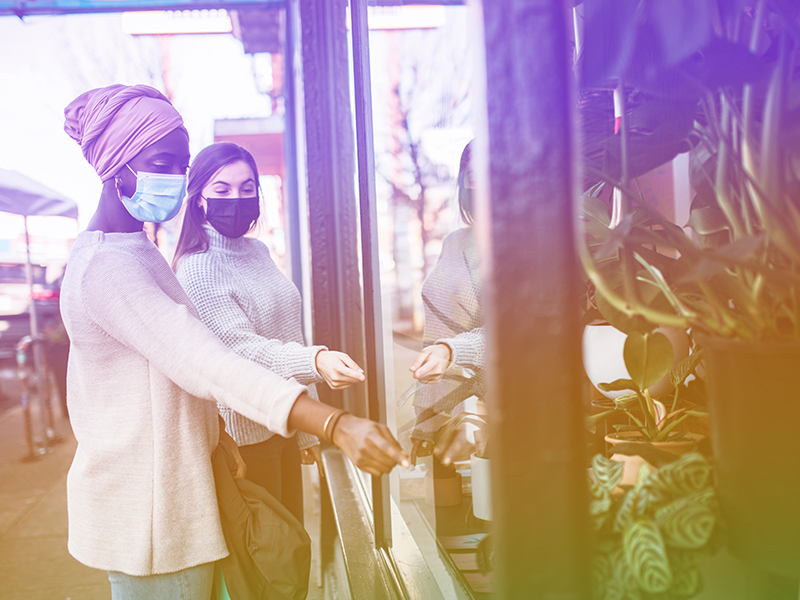 The funding cycles also vary dramatically for healthcare and technology startups. In tech, venture capitalists can make an investment and see a return in two to three years. In healthcare, however, this can stretch into a decade, creating tension between a slow-moving funding cycle and an urgency to move forward with products.

It’s really critical that we are all ambassadors, we're always communicating to clients, to friends and our investors.


“The interesting thing is VCs see great promise in the [patient experience] category, but it's brand new,” said Wellist’s Toomey. “There's nothing proven. We have metrics, we report out on progress, but the reality is no one knows where this is going to go.”

The panel discussed whether marketing should oversee communications or whether both functions should have a direct line into the board.

“As we grow, obviously, we would like to combine those functions and report into the CEO,” Toomey said. “In the meantime, everyone at Wellist gives me a hard time because I'm constantly saying, ‘we're all marketers’...As a 25-person startup, it’s really critical that we are all ambassadors, we're always communicating to clients, to friends and our investors and that each one of them has a role in reinforcing our brand.”

“My world is more media relations, internal communications, and government affairs,” said PillPack’s Miller. “ I really like that structure for a company like PillPack, where I don't actually have to spend all of my time thinking about, what's our cost of acquisition?  I'm able to think a lot more long-term about what is the brand that we're building in the world? What is the impact we're having on the world? How can I be a two-way mirror to help my team understand the world that we're going out and launching into?”

“At its essence, I define it as marketing owns the brand, and communications owns the reputation,” said WE’s Marchesi.

Because healthcare innovation is still in its nascent phase, the panel considered what their roles would look like in five to 10 years. PillPack’s Miller observed how celebrities are more openly addressing their own health struggles, making the discourse more open and personal.

“We have Chrissy Teigen talking about postpartum depression, Selena Gomez talking about lupus,” she said. “You have people actually talking about the healthcare things that they're dealing with in their everyday life, which give us as communicators and marketers a huge opening to go and say, like, ‘This is something that happens to people.’”

Building consumer trust and forging authentic communication were also mentioned as progressive steps for the industry.

“I hope 10 years from now that this is a completely transformed industry, that what we promise today is proof tomorrow,” WE’s Marchesi said. “And that we are loved and health care is loved and revered as much as the technology industry.”

“Technology is changing faster than it ever has,” GE’s Webb noted. “And we're moving at a pace that we've never done before, so I think it's going to be critical as we move forward to clear out the noise and figure out what's really going to be the most important pathway for each of us.”

Meanwhile, Toomey circled back to the fundamental tenet of effective marketing and communications — focus on the customer.

“It's like the tactics have changed, but the importance of like a good strategy, good insight — and not trying to stand for everything,” she noted. “I just think those are timeless.”

The Health Tech Culture Clash panel was held on May 23 at District Hall in Boston. The full live stream of the event can be found here. 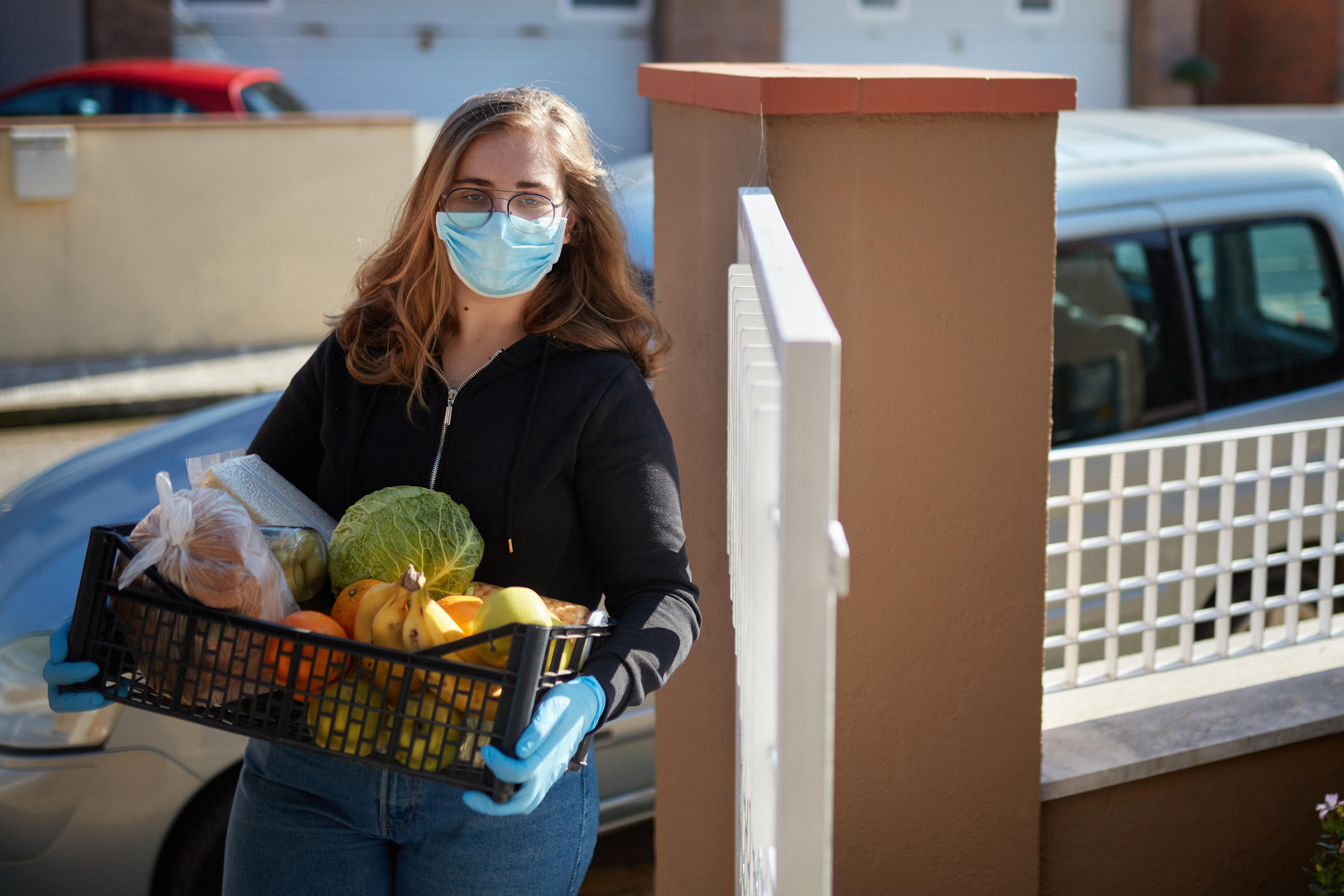 Making Us Better
WE Communications
11 May 2020 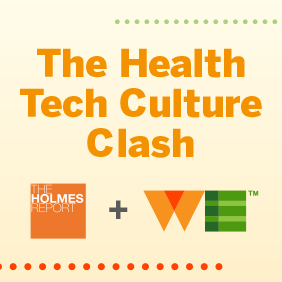 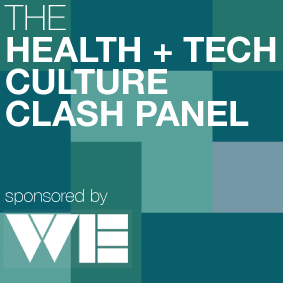