Please refer to our Privacy Policy for important information on the use of cookies. By continuing to use this website, you agree to this.
Home Latest Roundtable: Chief Communicators Advise Caution When Embracing Purpose 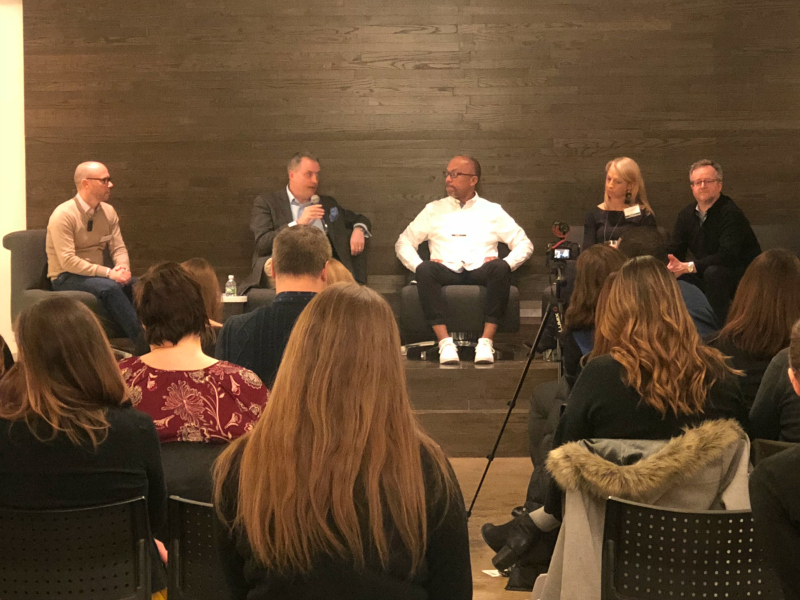 NEW YORK — Despite the growing push for brand activism, companies risk losing their reputation – and the consumers who support them — if they don’t rise up in ways that make sense for them and their stakeholders, a panel of industry insiders said Monday.

“You have to recognize that your associations, your employees, your consumers will be split as is the general public (on political and social issues),” he said. In turn, it’s imperative that both companies, as well as their executives, that take stands on issues explain their positions, and reasons behind them, in ways stakeholders understand, he said.

Pharoah was one of four head communicators that discussed a range of topics, from brand purpose to automation, driving change in the PR industry at an Influence 100 roundtable discussion co-sponsored by the Holmes Report and the agency Kwittken. He was joined by Lenovo CCO Torod Neptune; Linkedin VP of brand marketing and corporate communications Melissa Selcher; and PayPal SVP corporate affairs Franz Paasche.

The discussion came as companies are increasingly feeling consumer demand for them to take stands, evident in everything from recent Super Bowl ads to big-league initiatives like Amazon, Berkshire Hathaway and JPMorgan forming a healthcare company.

And panelists agreed that it is increasingly important – and appropriate – for companies to embrace a purpose, and position itself accordingly. Mars, for instance, is active around climate change, whereas PayPal’s efforts center on democratizing financial services.

Yet speakers like Pharoah and Neptune were also cognizant of the risk that comes with doing so, and cautioned against companies playing in the brand purpose space if initiatives aren’t grounded in reason.

“Too many brands are falling in line without having done the work,” said Neptune, adding that purpose-driven initiatives that lack authenticity put the veracity of others at risk. “There are brands that should not pursue a social purpose even though societal pressure thinks they should.”

Paasche agreed, saying Bell Pottinger’s wrongdoings do not reflect larger industry problems. “It is fair that we should consider ourselves as professionals with a strong sense of ethics and standards … and I expect that of everyone I work with,” he said.