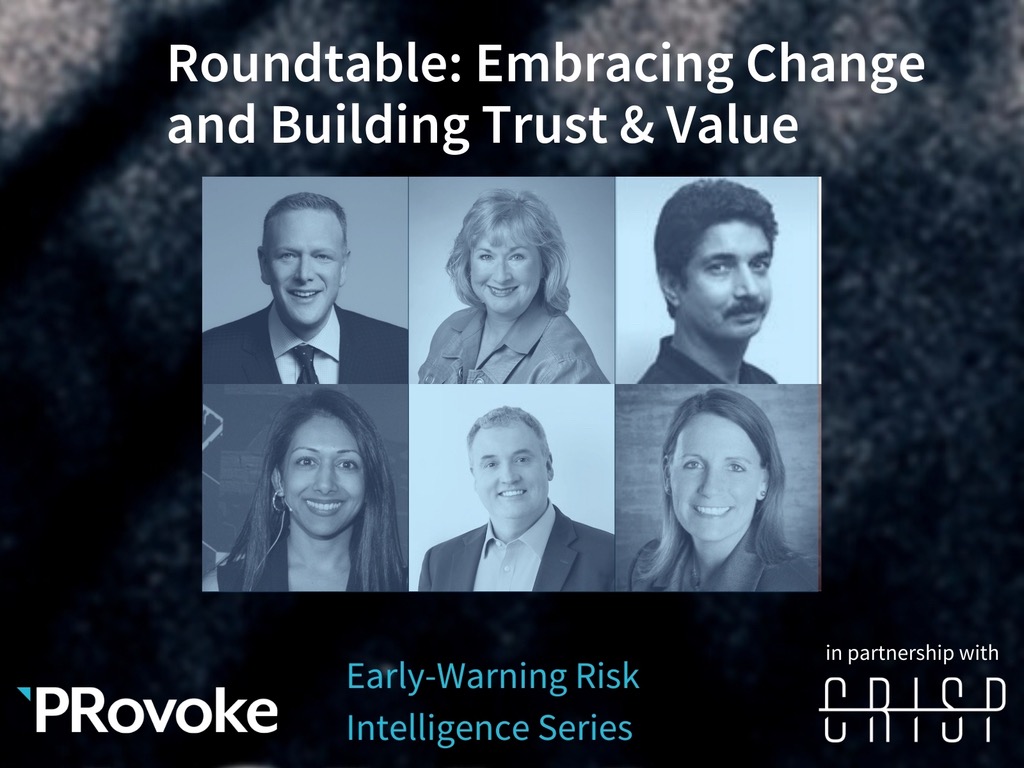 Executives from Mars, ConAgra, Chipotle, Southwest Airlines and Crisp reflect on the past 12 months and apply lessons for moving forward during turbulent times.

When even the very recent past seems almost incomprehensibly strange, trying to guess what the future could bring may seem too tall an order. However, that’s where communications professionals find themselves in early 2021.

With that in mind, leaders in corporate communications were asked to reflect on what they’ve learned from the last year of pandemic, political unrest and economic turmoil during a recent roundtable hosted in partnership with Crisp,  a provider of early-warning risk intelligence. This feature highlights those lessons learned and how brand leaders plan to apply them in coming months.

Participants in this discussion: 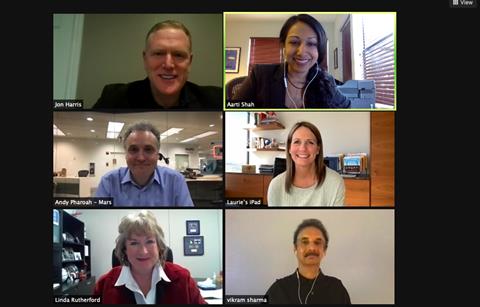 One of the themes in this conversation was the rapid rise in the importance of the communications function. That’s a theme Vikram Sharma, US president of Crisp, wanted to introduce early on, focusing on the gravity and challenge of what it means to be a communications leader today.

“There’s never been, I think, a more important time to be a CCO, and I just marvel at what you all must do every day,” Sharma said. “The amount of communication that is required internally and externally — and then you juxtapose that with social media.”

Laurie Schalow, chief corporate affairs and food safety officer at Chipotle, added that “With social media, I think we’ve all grown accustomed to responding very quickly — but this forced us into conversations and making statements in areas that we had never touched before or didn’t want to touch.”

Schalow also recalled how Chiptole’s food safety crisis in 2015 well-positioned the brand for the pandemic. “Building that trust with consumers was something we had been working on the last couple of years and then it allowed us in Covid to talk very transparently,” she said. It also empowered the brand to bring its leadership to the forefront to discuss its longstanding safety efforts, reassuring anxious consumers as the pandemic ramped up.

For Linda Rutherford, SVP and chief communications officer at Southwest Airlines, a major motif was the way companies dealt with a blizzard of unexpected risks by creating, evolving and tweaking polices in areas like cleaning protocols, as well as coping with what she termed a “breathtaking drop in travel demand.”

“We’ve basically taken our risk register and put it through an entire Covid lens to say: what has the impact of the last 10, 11 months been on our business and where will we have lingering risks as a result of the pandemic?” Rutherford said. “At the same time, we’ve had to reset what our value proposition looks like to our customers because the idea of getting on an airplane for many people has certainly changed. Business travel has probably been changed forever.”

While Rutherford described the unsettling impact of seeing many Southwest jets take off with only a handful of paying passengers, the pandemic year provided a very different experience for Jon Harris, senior vice president and chief communications officer at ConAgra.

“In our industry we’ve seen unprecedented demand, so for us the challenge was meeting unprecedented demand and then keeping our frontline healthy, and that is a balancing act that continues to keep us up at night,” Harris said. From a communications standpoint, Harris highlighted the challenge of keeping key stakeholders updated on the frenzy of events and their impact on the company.

Harris today feels the work he and other communicators do has received new appreciation. “We have never been more valued in our organizations and I think our role has never been more critical and more important,” he said.

For Andy Pharoah, vice president of corporate affairs at Mars, the year tested whether companies would live up to their mission statements or treat them as nothing more than words on a wall. At Mars, he said, the answer was clear.

“In lots of things, where we had imperfect information, the CEO framed the question as: ‘What do we do about things that we are not legally responsible for — what is the right thing to do?’” Pharoah said. “That was really a galvanizing force.”

The company early on agreed to put its employees’ safety as first priority, followed by public health concerns and, finally, business continuity. “They were always in order of priority,” Pharoah said. “And by doing that we’ve actually managed to ensure very strong business continuity. We’ve cheated the statistics and been far less adversely hit by Covid than we ought to be.”

Moderator Aarti Shah directed the conversation to the question of how well CCOs are getting involved in operations and policy setting. She noted that at companies in PRovoke Media’s Influence 100 an overwhelming number of CCOs report directly to CEOs, rather than CMOs or other functions. Answers revealed expanded roles for these CCOs.

Rutherford said her role at Southwest calls for her to facilitate the integration of initiatives originating from specific functions so that the impact on the entire organization could be understood. “I feel like in some ways we are sort of a traffic cop to make sure that we can prevent the organization from making any short-sighted or uninformed decisions that we would have to turn around and unravel at some point in the future when the whole organization understood what it did to itself,” she said.

At ConAgra, Harris described his role as similar to being the conscience of the organization and added that his participation in the company’s Covid-19 taskforce of senior leaders illustrates how highly communications is valued. “We meet every morning, we go through statistics, we look at our plants and our headquarters locations, and we make decisions based on data,” he said. “Communications is a very big part of the process and has been before Covid and will be long after Covid.”

Sharma suggested these cases are not isolated examples but are part of a trend. “We are starting to see that, across our customer base, there is an expansion in connecting communications with marketing and legal and risk — and everybody seems to be getting elevated within the organization,” he said.

Shah next raised the issue of assessing risks posed by misinformation, especially on the mushrooming social channels. “Social media, which started out as a marketing tool, has really turned into a place where reputations can be really severely damaged,” she said.

To start with, Schalow said, 24-hour monitoring is essential. What was once a 24-hour news cycle has become more like a 24-second news cycle. “It’s as long as it takes someone to type a tweet,” she said. For that reason, monitoring technology has to be running every minute of every day, and not just in case of negative communications. “It’s also proactive engagement, understanding consumer sentiment around important issues for us, and getting employee sentiment,” she said.

Shah next asked how responsibility for managing, protecting and boosting brands on social platforms was parceled out at these companies.

Responses indicated a blend of approaches. At Chipotle, communications monitors social media, while marketing has responsibility for posting messages, Schalow said, but the dividing lines are not stark.

“We work very closely,” Schalow said. “We have a stand up every morning where the functional teams and agency partners get together, discuss what happened overnight and we have chats going all day long so we can take advantage.”

At Southwest, Rutherford described a federated hub-and-spoke model with communications creating content and marketing fine-tuning. At Mars, Pharoah said social may be done by either brand or corporate communicators. His main concerns are speed and an effort to make principled decisions with the approved framework.

“If they do that, they are going to get it right 90% of the time and I can live with the 10% rather than waiting for the sign-off from the CCO or marketing director,” he said.

In the coming year, communicators will be more concerned with producing engaging content than counting impressions, Schalow predicted. Rutherford identified continuing use of employee engagement surveys to assess the hearts and minds of Southwest associates as an emphasis for 2021.

Other themes the panelists identified included agility, flexibility and resilience. Empathy and authenticity may have gotten the broadest and strongest endorsements as 2021 communications mandates.

Insights into what these communications leaders wanted from agency partners followed similar themes emphasizing understanding and authenticity. “Understand our brands, understand who we are, what we stand for,” Schalow said.

Pharoah added that sound evidence and willingness to express difficult truths were also of great value. “Being able to bring data-based insights to us is important and I think also being willing to bring challenge,” he said.  “Don’t tell us what you think we want to hear, tell us what you believe we should be doing.”

Sharma thinks speed will become of increasing value, whether on the agency or corporate side, as business has entered a new age of acceleration. “This is not going to slow down,” he says. That means communications is going to be not just important but, in his view, preeminent. 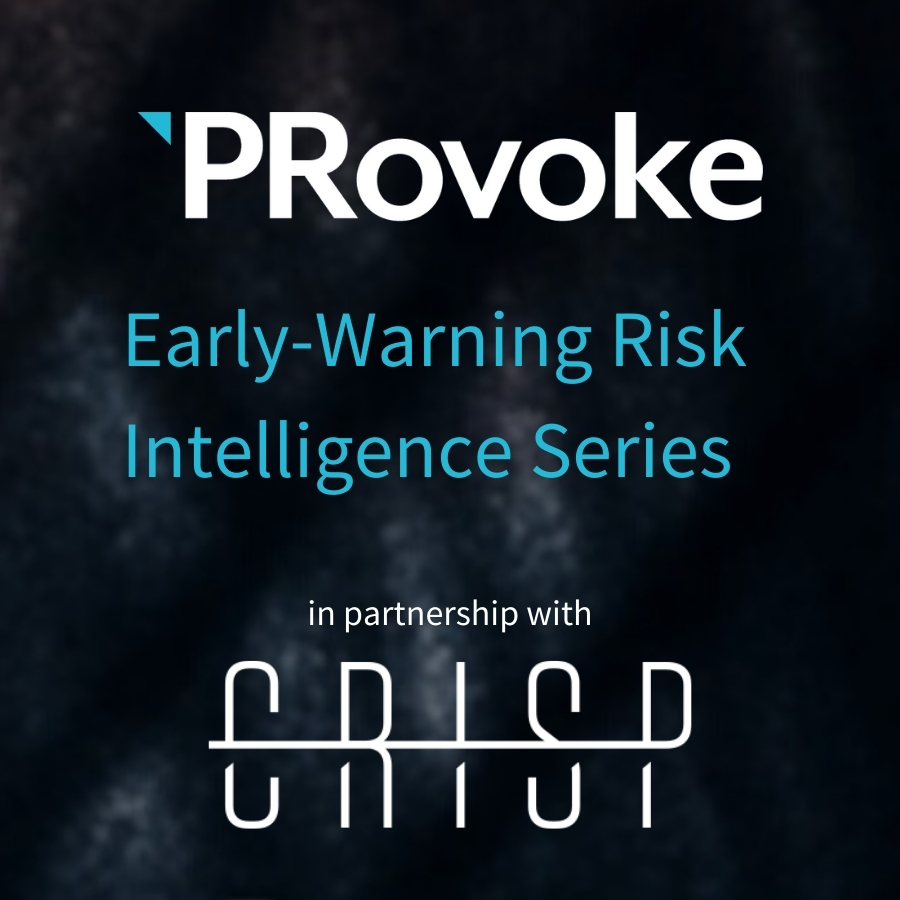 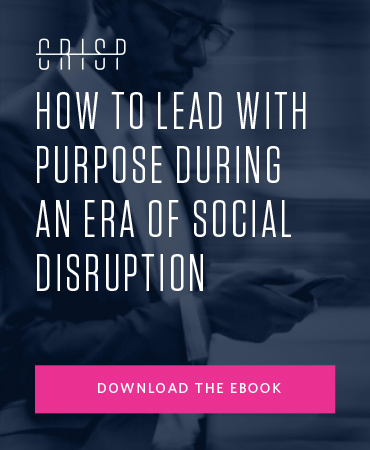