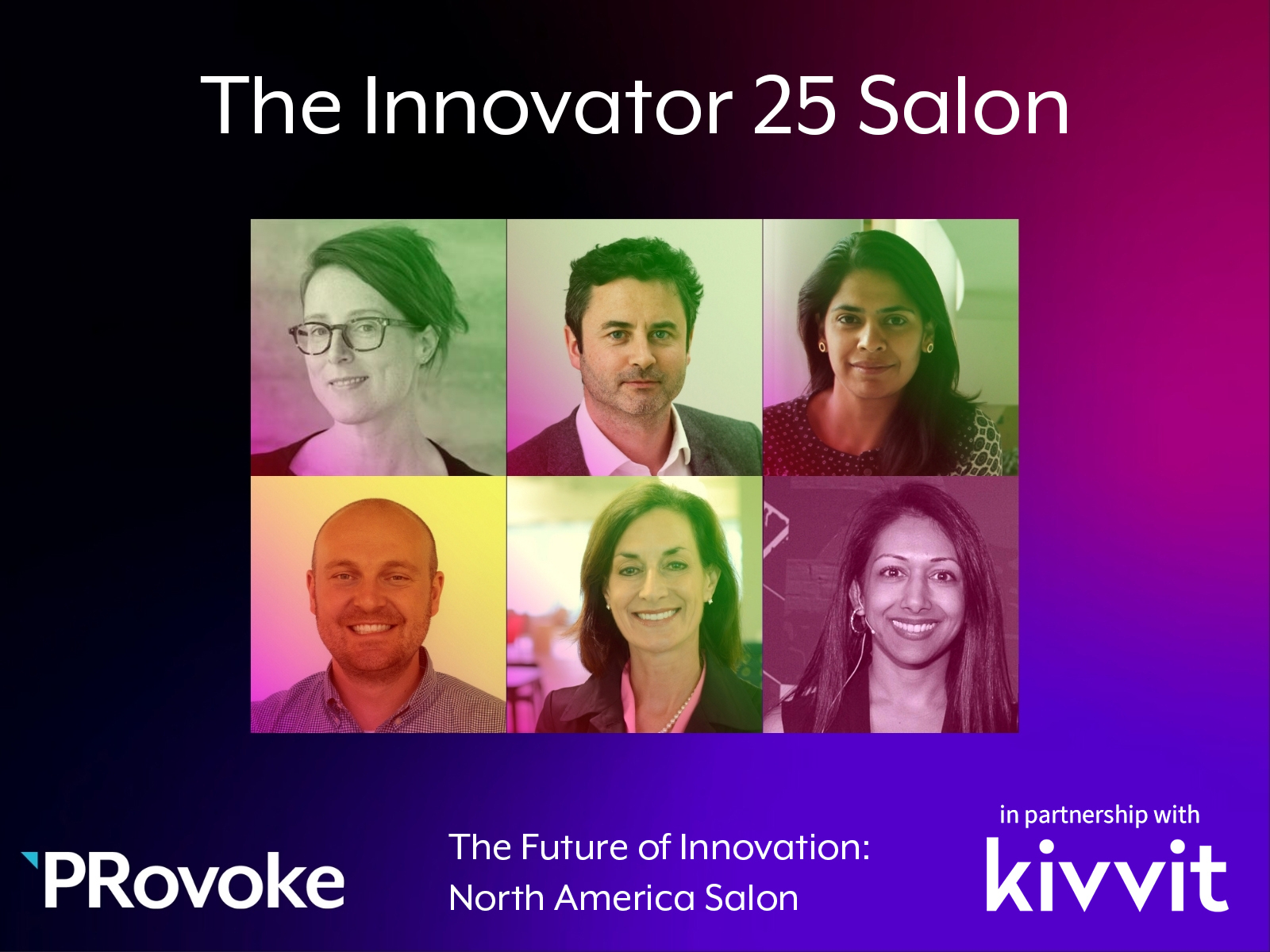 Roundtable: How 2020 Forced Innovation Across Sectors

Members of the Innovator 25 — North America class gathered to reflect on the lessons from 2020 and how a year of crisis pushed communications to the forefront.

The seemingly endless series of corporate and social crises that characterized 2020 called for messaging that balanced subtlety and power, challenging even the most experienced communicators.

We recently gathered several members of our Innovator 25 — North America class to talk about the breakthroughs that emerged among the challenges of the past year. The group represented varied viewpoints and constituencies, including those who tackled the industry’s most pressing issues through the lens of analytics, purpose, or diversity, equity and inclusion — and more.

Sukhi Sahni, Head of Corporate Communications for US, Card Division, Capital One

People were consuming information in similar ways, just consuming more of it


For Zach Silber, chief innovation officer and managing director at Kivvit, the chaotic early days of March were centered around using data to refine client messaging around the pandemic. “We had hundreds of thousands of dollars of advertising at stake,” Sibler recalls. “Was that going to be adjusted and how so?”

Employing data sources and analytical tools, including NewsWhip, helped inform the decision to avoid radical revisions to client messages. “We found that ads were, generally, based on the subject, performing fine and that people were consuming information in similar ways, just consuming more of it,” Sibler says.

As the year progressed and Black Lives Matter, as well as a constellation of issues tied to diversity, equity and inclusion emerged, Sibler adds, data paired with human insight continued to guide communications strategy. “Using the same types of tools that we used at the beginning to make sense of the environment, we then became more purposeful in terms of how we were using the tools to advance different causes or issues.”

For Paul Quigley, CEO and co-founder of NewsWhip, the data told an unmistakable story about the impact that BLM and DE&I had on the media universe. “It was over a hundred stories with a million engagements,” Quigley says. “I don’t think any news event aside from Covid had done that before. And the peak of intensity of engagement was higher even than Covid in March.”

Business leaders appreciated the risk of a messaging misstep in this supercharged atmosphere. At Flexport, Eva Rijser, vice president of communications and marketing, said leaders turned to public relations for guidance. “Any part of the company that engages with our stakeholder right now is interested in having comms look at something, because it just feels like everything is so sensitive,” Rijser says. 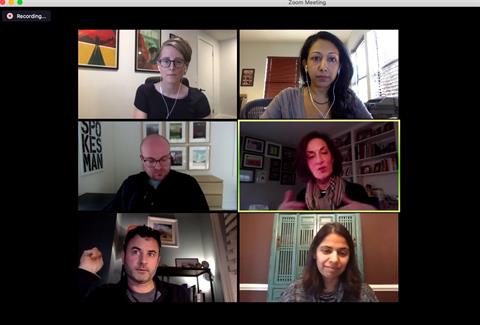 One marked trait of business response to the pandemic was the way so many turned to actions rather than words to communicate their message. For instance, Rijser notes, Flexport’s expertise in digital freight forwarding and customs brokerage empowered companies that wanted to help but lacked the necessary skills. For example, she cites banding together with Salesforce to provide vital personal protective equipment.

Quigley also lauded brands for finding creative ways to make substantive contributions that elevated the brand and went far beyond position statements, such as Audible for giving away free audiobooks to kids homebound during the pandemic. “Things that people felt helpful sharing because it was something free and something good — that was great to see,” he says.

For Lauren Thaman, senior director of communications at P&G Ventures, one of the most significant developments of a year drenched in data, as well as drama, was that the ability to show impact improved markedly. “We are able now to attribute in-store conversion to specific influencers and we are getting correlations of our scores of between 80% and 90%,” Thaman says. This, she says, is of particular importance as the emphasis on television and print advertising has declined and will help communications compete more effectively for budget with marketing.

When it comes to influencers, one striking development has been the way corporate leaders have emerged as some of the landscape’s most authentic, trusted voices. “Giving a human voice to your leaders, internally with your associates, it’s no longer a nice to have,” says Sukhi Sahni, head of US corporate communications for Capital One’s card division. “That’s the way you want to approach that conversation.”

Conversely, Sibler says that even while companies have grown hyper-concerned about how they appear to customers and prospects, they are also more interested in the competitive landscape. As an example, he describes the enthusiastic uptake among his firm’s higher education clients to a spring report on how budget priorities were shifting among their peers. “I would say even more than what they are interested about with their own reputation, one of the things that Covid created was an intense focus on what are competitors doing,” Sibler says.

P&G Ventures, for instance, has a history of reaching out to female entrepreneurs, Thaman notes. “Female entrepreneurs, as you know, are very underserved and just two to three percent of the total VC funding is going to them,” she says. “So we do a lot of work to try to reach them and cultivate them, give them some skills or some content to help them be more effective.”

Ben & Jerry’s adamant response to white supremacy has been one of the most influential brand stances on a social justice issue, notes Quigley. The brand’s history of progressivism helped make that sort of message from an ice cream maker relevant, he notes. But he thinks it also suggests brands can think more expansively about stances they could take. “I think if there is any takeaway we saw from the organizations that did speak out it’s that there is room for you to speak out even if you don’t think it’s your place,” he says.


Thaman says that today her company encourages its brands to at least say something, even — or perhaps especially — in circumstances when they might not have done so prior to the events of 2020. “I’ve seen the shift where we were ‘don’t say anything, don’t talk, we don’t have a point of view’ to now where we very strongly have a point of view,” she says.

Credibility can be elicited from transparency


While the race to decode the coronavirus and create a vaccine took place largely behind closed doors, the attempt to communicate the science and best practices in coping with the pandemic was exceptionally public and prominent. For Sahni, that fact marked a major turning point in the development of communications.

“I think if we look back many years from now on 2020, it was that pivotal moment that shifted the perception of comms,” says Sahni, who reports hearing tremendous feedback from people in her organization about the value that her function has provided. Among themes of communications development during the year, Sahni cited using multi-touch attribution and connecting communications with core business purpose and strategy. “From a data perspective there’s a lot to learn, but there’s been more evolution in the past two years than I’ve seen."

For Thaman, who came to communications from a research and development role, one major change has been that practitioners today are asked to do more than massage messages or finesse information to make it sound good. “I don’t think anyone in this day and age would think of a communications professional as a spin doctor,” she says. Rather, she says, the two strongest capabilities communicators are expected to provide are strategic thinking and storytelling.

One of the most common observations about 2020, made about topics from income inequality to e-commerce, is that it sped up the pace of changes already taking place. For Rijser, this has been the year that appreciation of communications as a lens for providing the shared perspective that joins brands, customers and employees has crystallized. It’s given her a new enthusiasm for practicing the profession. “What a great time to be a comms practitioner and to be able to help companies do that,” she says.

For Sibler, one of the most enduring themes of communications arising from 2020 is the recognition of the need for transparency. “I think credibility can be elicited from transparency,” he says. At Kivvit, the insights team Sibler leads gives the rest of the company a resource to double-check what the data is saying guided by a spirit of humility and genuine connection.

“Transparency really forces you to go beyond data for data’s sake — which is a very easy trap to fall into — and really walk people through what the different data points are saying,” Sibler says. “Transparency comes with the acknowledgement that we don’t know all the answers.”