Please refer to our Privacy Policy for important information on the use of cookies. By continuing to use this website, you agree to this.
Home Latest Study: APAC Consumers Concerned About Environment But Don't Act On It 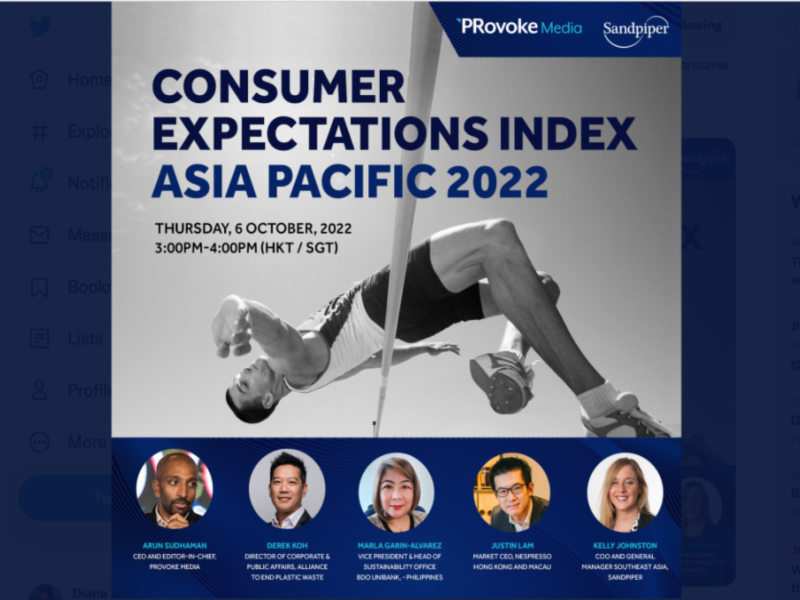 Study: APAC Consumers Concerned About Environment But Don't Act On It

SINGAPORE — A surprisingly high number of Asia-Pacific consumers (60%) are aware of the UN’s Sustainable Development Goals and believe it is incumbent on companies and governments to show they are advancing them. And an even greater percentage (96.8%) believes climate change is for real, according to new research from Sandpiper Communications.

However, the agency’s survey also found far fewer individuals understand that their behaviour is linked to climate change, and are therefore reluctant to change it. For instance, 16.4% of survey respondents said they oppose banning single use plastics, despite the toll they take on the environment. That number is notably higher than the 3.4% of consumers who said they opposed such a ban in 2020.

Most respondents said they feel "concern" or "frustration" over climate-related issues but few feel "guilt."

“I find it very reassuring that people understand what is being talked about on a global level. Next step is understanding what that means at the local level and for government, business consumers, and NGOs making decisions,” said Derrick Koh, director of public and corporate affairs for Singapore-based Alliance to End Plastic Waste.

“I’d (then) like to find out how many people would be interested in adopting that at a personal level versus leaving it to someone else to do,” he said.

Koh’s comments were part of a Sandpiper Communications-led panel discussion around the firm’s 2022 Asia Pacific Consumer Expectation Index, which looked at where Asia-Pacific consumers stand on issues related to sustainability — and who is responsible for being stewards of the environment. Other participants included Marla Garin-Alvarez, who leads sustainability efforts for the Philippines’ BDO Unibank; Justin Lam, market CEO of Nespresso Hong Kong and Macau; and Kelly Johnston, COO and general manager of Sandpiper’s Southeast Asia operations.

According to the index, which is based on a survey of 6,000 people in 11 markets (Australia, China, Hong Kong, India, Indonesia, Japan, Malaysia, the Philippines, Singapore, Thailand and Vietnam), there are a range of hindrances that keep consumers from engaging in actions like recycling or reducing waste aimed at long-term sustainability — and they are not insurmountable.

The widespread use of muddled language and technical jargon when discussing sustainability, for example, is an impediment to consumers taking action, primarily because they don't understand it, the research found. The study shows that while climate change and sustainability are nearly universally accepted (and among APAC consumers' fastest growing concerns), only 73% of people know what ESG is.

"We must talk to people in ways they understand it," Johnston said.

Compounding the problem is that terms related to sustainability don’t have finite definitions, Lam said. So a concept like, say, green living can mean different things to different people.

“In the retail business what we find is that what consumers think of as sustainability, and things like this, can be different than what those of us who are in the industry or practitioners are thinking of,” Lam said, adding that it's up to companies to rectify that problem.

“The responsibility is definitely on our end,” Lam said, adding that it's also incumbent on companies to make participating in sustainability initiatives attractive to consumers through education and more traditional enticements.

"When we are running programs around recycling and sustainability the participation rate goes up substantially if there’s incentive. They need to be rewarded," he said. And there's no passing along costs to consumers, he said.

None of which, Garin-Alvarez said, has to take a toll financially on companies.

“I think it’s too much of a black and white thing to say you’re going to prioritize the environment over profits. There are ways to pursue both,” she said.

She said there are two major components to doing so successfully: technology and innovation. For BDO that includes financing the likes of renewable energy companies, while regulators are creating policies related to sustainable finance.

It also is critical that companies deliver on their sustainability commitments — particularly as consumers become increasingly knowledgeable about the issue — or risk being penalized for green-washing, panelists said.

At the same time, however, businesses also need to act on consumers' expectation that they are leaders in fighting against environmental destruction.

"People see these (sustainability challenges) as something that is happening to them, not that they have something they have control over, and they are now looking at public and private sector actors to help solve them," Johnston said. "Companies and all organizations should be talking more about this because there is great stuff going on. There is great technology, and there is great innovation all across Asia-Pacific."