Please refer to our Privacy Policy for important information on the use of cookies. By continuing to use this website, you agree to this.
Home Latest Study: Consumers Are Calling On Brands To Unify Our Polarized World 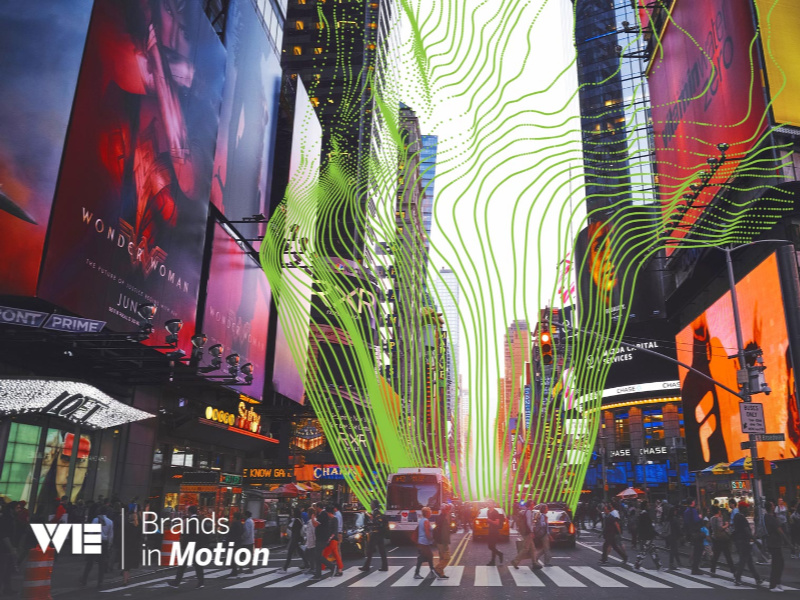 Study: Consumers Are Calling On Brands To Unify Our Polarized World

WE Communications' Brands in Motion study finds 83% of consumers believe companies could play a bigger role in making the world a better place.

NEW YORK — With faith in institutions waning, consumers are stepping up pressure on brands to address the world's problems, according to the third annual global Brands in Motion study from WE Communications.

The study, released Tuesday, found 83% of consumers believe brands could play a greater role in providing the stability they aren’t getting from traditional sources, primarily by taking concrete action to abate societal ills.

“Consumer expectations are not going down but continue to rise,” said WE global chief operating officer Kass Sells. “There is big opportunity to create stability in a world that is increasingly polarized.”

The research examines the rational and emotional drivers that motivate customer choices and sentiment towards brands, based on WE's hypothesis that all brands are in motion, relative to the environment in which they operate.

The research reaped similar results across geographic regions, as the key takeaways were the same across North America, APAC and EMEA: consumer expectations are on the rise; consumers, government and brands share responsibility for the ethical use of technology; respecting consumers can help brands thrive; and there is opportunity for brands to help unite a polarized world.

The research also captured how critical it is for companies to take action of deep and sincere meaning — doing the kind of things that really can change the world for the better — to stay in consumers' good graces.

The environment is of particular concern, with the majority of consumers expecting brands to run an environmentally friendly and sustainable enterprise. But that’s not enough. 53% of respondents said brands should tackle global as well as local environmental issues, while 40% said they should focus on improving local communities. The other 7% believe brands should address exclusively global issues.

And while companies certainly can rally around other issues (like Salesforce CEO Marc Benioff's $30m to help end homelessness), the research’s findings show that they have to take concrete , Sells said. “Consumers want to see action. Not just words or good intentions,” he said.

Meeting those expectations requires a brand to delve deep, to lead with a purpose that is authentic, as today’s consumers are savvy enough to know when a company is more invested in appeasing the public than doing good.

Companies also have to be more relatable, particularly in their communications, as consumers want to be respected, and part of companies’ larger conversation. Cutting out the “marketing speak and big words, and talking about real people and what they think and feel about a brand” are steps companies can take to do that, Sells said.

Ethics, which was a focus of last year’s Brands in Motion study, also play a role in building customer loyalty, particularly when it comes to technology. 97% of respondents said that companies are responsible for using technology ethically, and 92% said they would stop using a product or service if it used consumer data unethically. 96%, however, also acknowledged that, when it comes to ethical responsibility, it’s not just up to brands and government. Consumers play a role, too.

Consumers, however, still are in the market for quality goods; 54% say they want the brands they support to balance a great product with their powerful purpose and activism. “Behind the profitability people want brands to have a positive impact in the world,” Sells said.

Whether brands are up for the challenge — or even want to be — is a moot point, Sells said, as companies that don’t respond to consumer demands will likely pay for it in lost business. “Whether it’s fair or not doesn’t matter. It’s consumers’ expectations and those expectations are not going to go down,” he said.

“Consumers have a really high bar for brands and they expect the communications work, the brand attributes, the way that the brand behaves and the way a company behaves and, are going to reward the ones that (meet their standards) and shame those that don’t.”