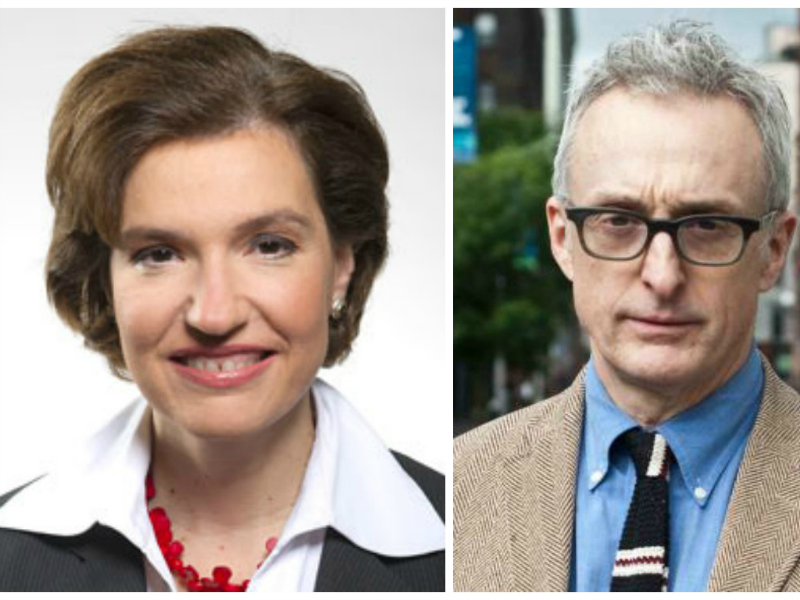 A conversation with three media pioneers on the future of journalism — and the roles brands will play as media evolves its business model.

Three media brands — that either emerged during media’s disruption or reinvented themselves in response to this — mulled the economic model that would drive publishing forward at W2O’s Pre-Commerce Summit that’s held the day before SXSW Interactive starts.

Politico, the Harvard Business Review and Techonomy talked — both to attendees and directly with me — about their evolving and emerging business models. Each brand is redefining editorial boundaries in an era where — for better or worse — separating editorial from advertising has almost become a relic of a bygone era.

Politico — A conversation with editor Susan Glasser and EVP of advertising and business development Peter Cherukuri.

Last year Politico hired Stephanie Losee from Dell for the newly-created role launching Politico's brand content division. Last week, Losee announced she was leaving Politico to be head of content at Visa, but the political news site's commitment to brand content remains. “The environment that brands tell stories matter and journalism provides the space and ideas,” Cherukuri said during his onstage talk. “Journalism is the best marketing tool that marketers don’t fully utilize.”

Aarti Shah: Stephanie Losee, who was spearheaded your brand content division has left and gone to Visa. How will Politico refill this position?

Cherukuri: It’s very difficult to replace Stephanie. But we’ll bring someone else on board with newsroom experience, who understands what a brand marketer cares about. We’ll build on what Stephanie did, bringing in someone who understands the public affairs community and the growing demand for real illumination around CSR and government relations and the evolution of brand strategy.

AaS: How does Politico measure the impact of brand content?

Cherukuri: The value brand journalism is taking a one-time creation and making it a long-term investment of changing hearts and minds. It’s about being able to isolate and scope who is the target audience and measure change in attitudes and perceptions.

AaS: It was indicative of how much media has changed when we see the editor of a major publication presenting alongside its head of revenue. How do you see your role as editor in this new media age?

Susan B. Glasser: It is unusual for a business colleague and an editor to speak together — but this is the future of journalism that’s good for journalists. It’s about working together to get good, independent and fearless reporting — that is financially supported without compromising independence.

And my role has radically transformed and the editor is now inherently an entrepreneur because we have so many tools and directions that we can go in. That appeals to me. My parents are serial entrepreneurs as legal publishers who also did books and events. All of this stuff we do now, they were doing it in a pre-digital era.

AaS: Is there a genuine interest in brand content from readers?

Glasser: When we are able to get sponsors to underwrite independent journalism — that’s a great thing. For example, our What Works series it has a single underwriter, JP Morgan Chase, and it’s totally independent. I’ve never spoken to them about the content and I never would. The underwrite it the same way they would the PBS NewsHour.

AaS: With regards to the US presidential election this year, what messages are resonating with Americans?

Glasser: The word authenticity has been used a lot — but more about the perception of  authenticity than about authenticity itself. We can fact-check the heck out of a Donald Trump speech or the GOP debate, but that doesn’t change perception of the ‘authenticity’ of the candidates. The only parallel you could draw between Bernie Sanders and Donald Trump is their ‘authenticity.’ There’s also rejection of traditional means of communications, like the 30-second ad and explicit marketing and PR messages. Trump’s greatest commuications tool is his unfiltered Twitter feed; Sander’s lack of polish is part of his appeal.

AaS: Why have the polls been so wrong this time around, as we saw most recently in Michigan?

Glasser: Steven Shepard has been forecasting this awhile and people starting to realize this in a big way. There’s a big disruption in polling because Americans aren’t sitting at home answering their land lines, it’s harder to reach people on their mobile phones, there are lots of macro factors over the last few years that are coming into play in a very volatile race.

AaS: What kind of reaction did you get to your 2014 column Editing While Female?

Glasser: I was nervous publishing it but I was really heartened by the reaction, it was reassuring. I got a tremendous outpouring from two categories: younger women in the earlier stages of career and people who are my peers who said thank you for writing about these things I’d experienced as well. What I’ve come to realize, it’s not enough to comment and critique, we have to be proactive about concrete things.

Techonomy — A Conversation with David Kirkpatrick, founder and CEO

After spending 25 years at Fortune and writing “The Facebook Effect,” Kirkpatrick founded Techonomy as a new media company that converges editorial with brand content and events.

AaS: Events is a big part of Techonomy’s business model. Is this the media revenue model of the future — events to subsidize the editorial content?

Kirkpatrick: I wouldn’t say it’s the future of anything. But events keep getting more and more important and that’s not surprising in virtual age. The ideas that we encounter from a real human and that we read on real paper is better – that’s proven by all kinds of research. Conferences are experiential and people really digest those ideas that are unfolding in front of them. If you look at news brands like PaidContent, GigaOm and TechCrunch — they all started as blogs but it was events that turned them into real businesses.

Kirkpatrick: Print is not dead. We only do print once per year — the power of handing people that magazine is unbelievable. It reminds people of you and they retain the content. You don’t remember what you read online as much. And there is infinite inventory online, there is a glut of content.

Kirkpatrick: We give our partners content and I edit everything. We don’t publish anything we don’t believe in. I wrote a piece for Ford, as part of our Partner Insights, about their integrating the Amazon Echo into their cars. I think that’s amazing — it makes me proud to work with Ford. We had an obligation to write pieces, but it’s a piece that reported and wrote in the way that I would have whether they were a partner or not. My feeling is, if the piece is interesting and responsible to the facts, it doesn’t matter whether it’s sponsored or not.

Kirkpatrick: I have a fundamental optimism that society will get better as people are more connected. That’s what Techonomy is ultimately about. There are corollary concerns — the distractions, people walking off cliffs, car accidents but part of that is I think smartphones are an outdated interface. I know they’re magic but I’m starting to hate staring down at piece of glass. That’s why I think the Amazon Echo is going to be the future — it’s the alternative interface.

The Harvard Business Review — A conversation with Gail Day, VP of global advertising and publisher.

Day talked about how the HBR is a 95 year-old-brand that reinvented itself seven years ago — and since then has enjoyed its highest circulation to-date. Less than a year ago, HBR introduced its sponsored content initiative with GE.

AaS: Tell me more about the way HBR has evolved its advertising/revenue model?

Day: Seven years ago there were the right people at HBR that recognized that we needed to we needed to have a facelift with a digital presence. We introduced HBR.org as a commercial site that takes advertising and we went from zero to 15m online visitors.Since then, it went from buttoms and banners to a bigger unit. We now have a sponsored content model that is very new for us and the content runs in the news feed.

Day: We weren’t first and didn’t want to be. Our readers need to know that our sponsored content isn’t coming from our editorial team, it’s more of a hybrid approach. We get the content from our partner, then we make sure it is targeted for our readers. And it’s hard for some brands to understand that we are still church/state when it comes to this.