Please refer to our Privacy Policy for important information on the use of cookies. By continuing to use this website, you agree to this.
Home Latest Technology & Purpose Take Center Stage At PR Council's Critical Issues Forum 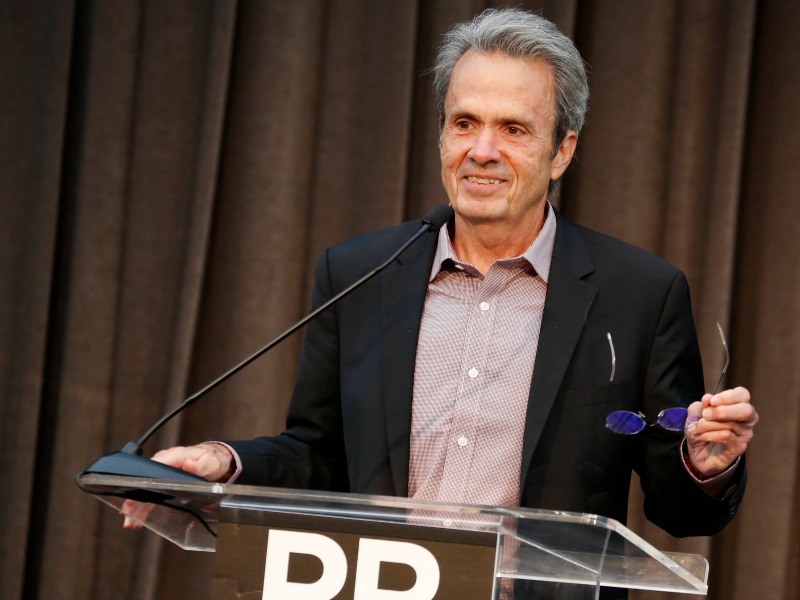 Speakers at last week's event explored how the relentless pace of change is underpinning the industry's growing influence.

NEW YORK — With the communications industry in the throes of change, the PR Council’s Critical Issues Forum last week explored how an era of tumult is driving the PR sector's growing importance, particularly as brands become increasingly active when it comes to taking a stand.

“Most (PR practitioners) admit not being prepared for the level of change” underway, said Fred Cook, director of USC’s Center for Public Relations, adding that the torrent of external forces, like political and social tumult and multiculturalism, “propels the growth and importance” of the industry.

Through a series of discussions, the forum explored what that means for communicators in practical terms — how they can thrive in tumultuous times, while leveraging new opportunities, from technology to consumer and corporate activism, to support clients by sparking conversation and fostering change.

Jennifer Skyler, WeWork’s chief communications officer, for instance, offered an insider’s perspective on the company’s adoption earlier this year of a no-meat policy, a high-profile move that included telling employees they would no longer be able to expense meals that include meat.

While WeWork's comms staffers weighed the pros and cons of enacting such a policy, the decision was ultimately made by the company’s founders, who saw the no-meat approach as the start of a larger, more holistic eco-friendly plan, said Skyler. Once announced, the move garnered significant press attention, so much so that “a lot of people thought it was a PR stunt. It was the most globally covered moment in WeWork history,” Skyler said.

But the real reward of the effort, she said, came in the form of the discussion that the policy spurred, which caused people to consider an issue of utmost importance to the organization — far more than the company could ever generate by more passive means. “No matter what side of the issue you are on, what struck us is that a global conversation… was taking place in outlets all over the world,” said Skyler. "We were very happy to see (that).”

Yet, because the majority of brands are not ready to make such a provocative splash, presenters also explored the more nuanced ways companies can take stands.

Stephanie Smirnov, who leads Scholastic’s corporate communications, said the children’s publisher promotes its belief in equality for people regardless of race, gender or physical or mental abilities, through the very books it markets.

“From a publishing standpoint, we believe representation in children’s fiction has never been more important. Every child deserves to have their story told,” Smirnov said. In 2015, Scholastic published a book for middle schoolers with a transgender protagonist. “We will absolutely defend the right of that character to exist,” she said.

The Friday morning forum addressed critical issues beyond brand purpose, such as multicultural marketing and recruiting and hiring — and how to leverage technology to improve outcomes.

Andrew McCaskill, Nielsen’s senior VP of global communications and multicultural marketing, said playing to consumers’ proclivity for mobile is a big factor in the success of his campaigns, as multicultural audiences tend to be “voracious consumers of content.”

Yet, at the same time, McCaskill’s team is also charged with attracting consumers by elevating the “cool” factor, capturing their attention with digital experiences as much as classic marketing tools.

On Nielsen’s US Hispanic site, for instance, users can find celebrity videos and downloadable GIFs, all related to the company’s “Representation Matters” campaign. Social campaigns also include highly targeted content that focus on such communities as people of color or LGBT audiences.

Jake Siewert, a Goldman Sachs managing director, added that he has used technology to expand Goldman’s recruiting which, for many years, “was always a bit of an elite exercise … that perpetuates this cycle of having a workforce that looks a lot like the workforce we have.”

So Siewert and his team ended the in-person interviews on top-tier college campuses on which Goldman Sachs had long relied and started using technology to find more diverse candidates, who are now interviewed via video.

Even a bricks and mortar stalwart like Walmart is adapting its business, and its communications language, to the changes wrought by technology, said corporate communications leader Greg Hitt. Nevertheless, Hitt warned communicators against assuming that tech can trump the art of communication.

“That expertise, at the end of the day, doesn’t trump what we do from a communications standpoint — storytelling, mitigating crisis, building relationships," he said. “We need to understand technology to tell the story. But at the end of the day we need people in our world and view technology as an enabler for the things we do.”