Please refer to our Privacy Policy for important information on the use of cookies. By continuing to use this website, you agree to this.
Home Latest Teneo Sells Majority Stake To Private Equity Firm 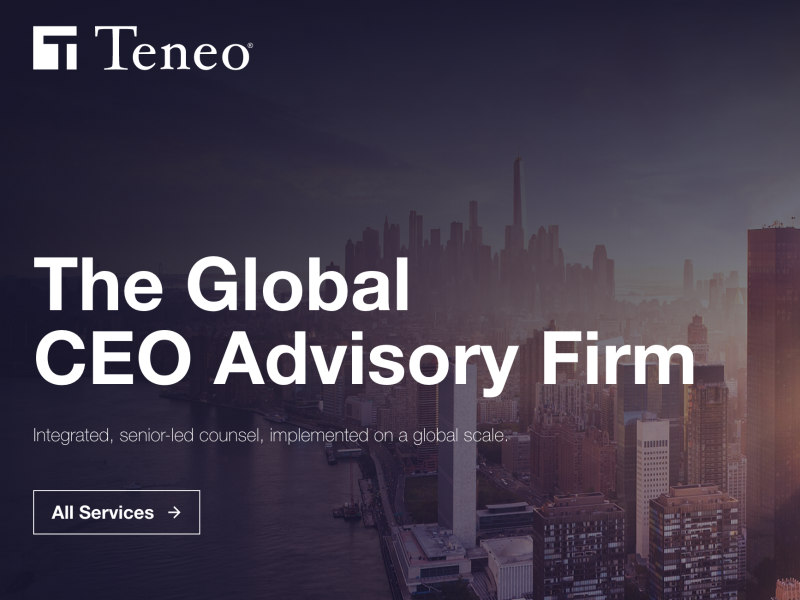 The deal is expected to see Teneo resume its brisk approach to acquisitions.

LONDON — Teneo has sold a majority stake to CVC Capital Partners, in a deal that reportedly values the consultancy at more than $700m.

CVC acquires the 49% stake previously held by BC Partners, along with ownership shares that take its position to a slight majority. Reports in the Wall Street Journal and FT indicate that CVC paid $350m for its stake, valuing Teneo at $700m, less than decade since it was founded.

Sources familiar with the deal told the Holmes Report that Teneo is likely to use its new backing to fund another round of acquisitions. The fast-growing advisory firm has completed nine to date, but has slowed its M&A pace over the past 18 months, prompting the Holmes Report to name chairman and CEO Declan Kelly as one of its 'People to Watch' in 2019.

Teneo's headcount has tripled to more than 800 people across 19 offices since BC Partners acquired its stake in the business in 2015. In particular the firm has expanded into management consulting and risk advisory, while remaining in demand as a counselor to CEOs of some of the world's top companies.

In a statement, Teneo said that the new investment would "provide significant opportunity for the continued growth of Teneo’s operations through organic investment and acquisition focused across its four operating segments: strategy & communications; management consulting; risk advisory; and capital advisory."

“We are very pleased to welcome CVC as our new private equity partner,” said Kelly in the statement. “The new partnership will enable us to further expand our operations around the globe to best serve the growing needs of our clients."

“During our successful partnership, Teneo has nearly doubled EBITDA, both organically and through strategic acquisitions,” added Justin Bateman, [artner at BC Partners. “Since our initial investment in 2015, Teneo has executed nine acquisitions, which have been instrumental in expanding its geographic footprint, broadening its service offerings and continuing to build the company’s brand – positioning it as the leading global CEO and board advisory firm in the world.”

Terms of the deal were not disclosed, but underline the consistent interest of private equity in the public relations consultancy sector. Earlier this month, W2O Group struck a similar deal, replacing private equity firm Mountaingate with New Mountain Capital.